Jang Hyuk transforms into a funny yet sad cop in “Bad Papa.” 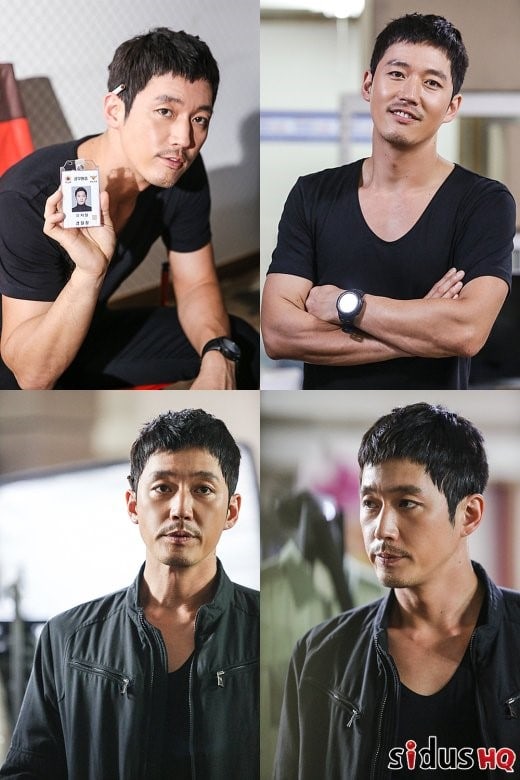 Jang Hyuk’s portrayal of Yoo Ji Chul is receiving a lot of attention. Yoo Ji Chul is a former boxing champion who ends up becoming a cop. In the pictures, Jang Hyuk’s character seems to investigate a place that hosts gambling. His appearance reflects a hardworking breadwinner wearing a stretched out t-shirt with a cigarette behind his ear. In one shot, he holds up Yoo Ji Chul’s government badge.

In the first two episodes of “Bad Papa,” Jang Hyuk perfectly captured the fall from grace of a legendary boxing champion who became a cop and a father that doesn’t get respected at home. He accidentally loses a suspect, almost gets divorced because he can’t pay rent, and buys his daughter a knock off purse. Jang Hyuk embodies the sadness within Yoo Ji Chul’s character very well.

Later on in the episode, Yoo Ji Chul gets suspended after receiving money from gamblers. Trying to make a lot of money, he gains super power strength after participating in a new clinical drug trial. This new development has viewers curious about what is going to happen next.

Episodes three and four air tonight at 10 p.m. KST and is available on Viki. If you haven’t already, watch the latest episode by clicking below!