VIXX’s Leo and Ravi’s friendship is just too cute!

Leo made a guest appearance on the October 2 broadcast of MBC Every1’s “Video Star,” during which he discussed his various activities as a group, duo, and solo artist.

During the episode, MC Park So Hyun shared, “His group VIXX’s concert, VIXX LR’s concert, and even his solo concert were all sold out. I went to all three concerts.”

“My solo concert was one of the scariest moments in the world,” Leo commented. “I worried a lot about every little thing from the stage to the set list.”

He recalled how fellow VIXX member Ravi tried to encourage him, but didn’t forget to tease him as well. Leo revealed, “Ravi, who held his own solo concert first, asked me, ‘Are you okay my junior?’ When I told him I was nervous, he said, ‘Well, everyone is like that.”

Leo playfully added, “But, one of our staff members in charge of hair told me, ‘I’m pretty sure Ravi cried a lot during his solo [concert].'” 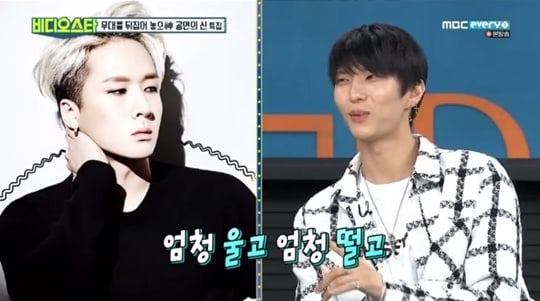