Ahead of Yuri’s upcoming solo debut, the Girls’ Generation member made an appearance as a guest on “Weekly Idol”!

On the October 3 episode of the show, Yuri was welcomed to the set for the first time on her own without her group members, and the hosts playfully teased her by telling her to introduce herself as a rookie artist.

When asked how things are different while promoting as a solo artist compared to with her group, Yuri said, “I thought I wouldn’t be nervous. The members were always beside me being noisy. I think I’m a bit more calm, and it’s less loud.”

Yuri and the hosts laughed over how it sounded like she was saying it was better to be promoting solo. Yuri added, “No, no. I’m actually really nervous, and I miss them.”

Later on in the show, the hosts revealed what Yuri had drawn on her brain map. It included sections for thinking about her solo album and filming her drama, the weather, and how much she wanted to go have fun, as well as a section for “Are the Girls’ Generation members doing well?”

“I check out how they’re doing through social media every day, leave replies, and hit ‘like,'” she explained.

When asked which member she’s in contact with the most, Yuri replied that she sees Sooyoung a lot and that they were planning to meet up after the filming that day. 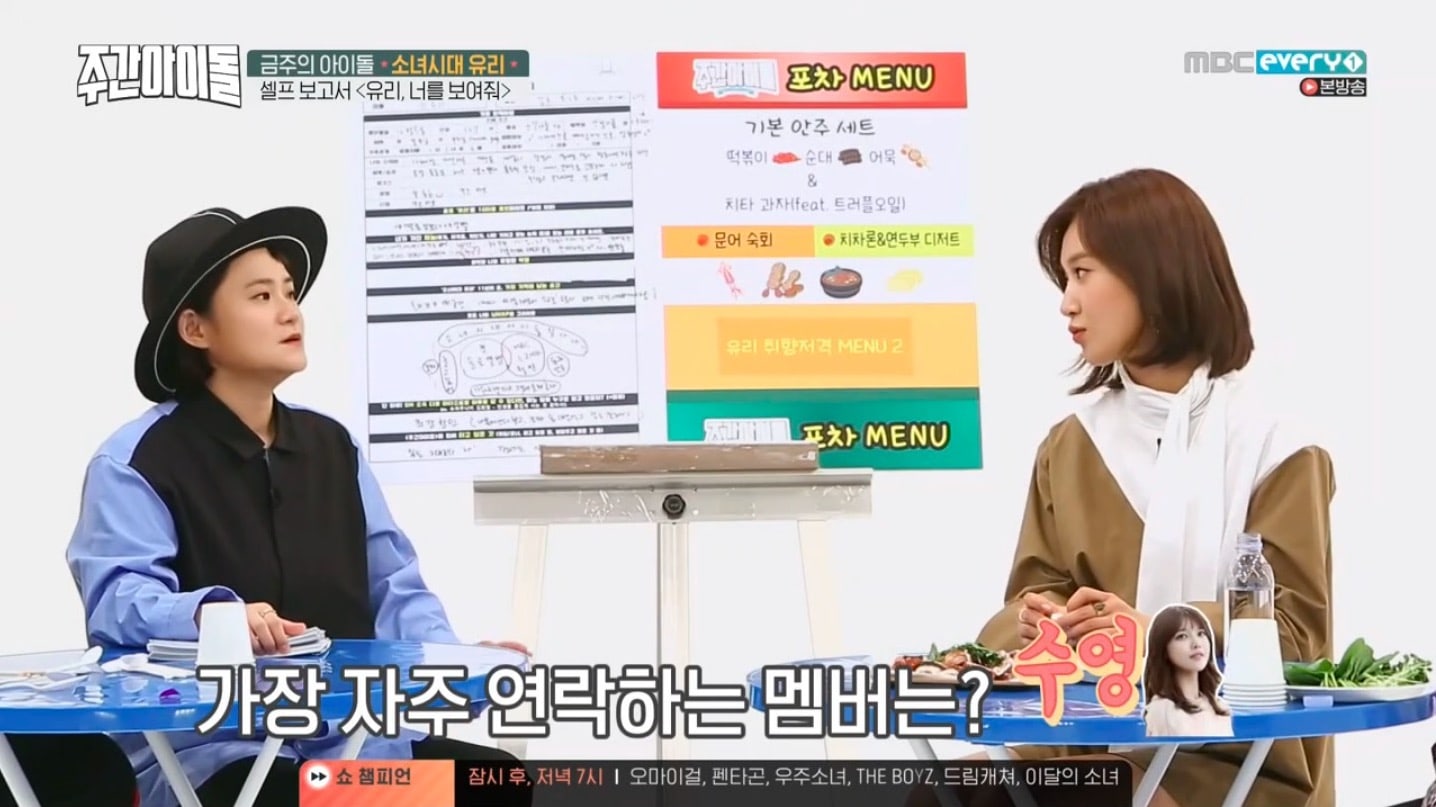 She added, “Tiffany is in the United States, so there’s a big time difference.” She joked, “It’s a bit annoying when she contacts me in the middle of the night.”

“I see Hyoyeon a lot too,” she continued, and said that since she and Seohyun are both in dramas, they talk via social media about that.

Yuri’s first ever solo mini album “The First Scene,” including the title track “Into You,” is due out on October 4. Check out her teasers here!

Girls' Generation
Weekly Idol
Yuri
How does this article make you feel?