Kim Hee Sun Is A Cold And Calculating Lawyer In The Face Of Courtroom Chaos In “Room No. 9”

Kim Hee Sun shows that she is a calculating lawyer pursuing only success, while also trying to maintain her composure in a chaotic courtroom for “Room No. 9.”

Kim Hee Sun’s character Eulji Hae Yi is a strong-willed lawyer. With a success rate of 100 percent and a lawyer at one of the top law firms in the country, she is an ace of aces. However, due to a cruel trick of fate, she ends up with in the body of a criminal and death row convict.

In the released photos, Kim Hee Sun glares at someone with a cold, yet confident gaze. With her relaxed, yet striking demeanor, she goes headfirst towards the path of success, even making a deal with the CEO of the law firm, to be promoted to senior partner. 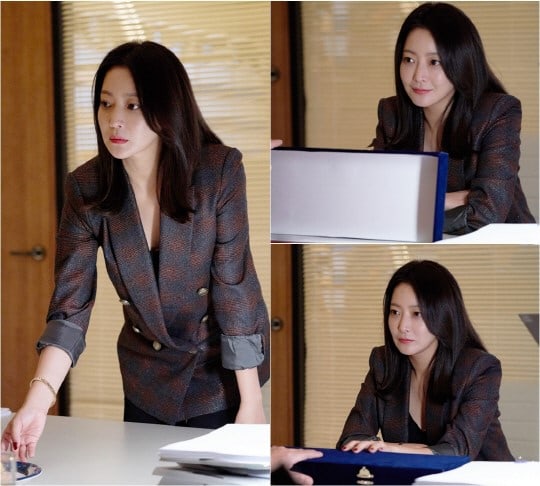 Oh Dae Hwan and ONE (Jung Jae Won) also make an appearance. Oh Dae Hwan plays detective Oh Bong Sam, while ONE takes on the role of Ki Chan Sung, the son of the chairman of SHC Group who has a emotional disorder. Oh Bong Sam is in charge of a case where a pedestrian died while crossing the street, with Ki Chan Sung being the cause. The detective butts heads with Ki Chan Sung’s lawyer, Eulji Hae Yi, and will continue to conflict with her in the future.

In the released photos, Oh Dae Hwan grabs Jung Jae Won’s collar and pulls him towards him. Oh Dae Hwan’s face is flushed with anger, and he creates chaos in the courtroom. He appears to have also thrown water into Kim Hee Sun’s face, with her pushing away her wet hair away as she attempts to maintain a straight face. 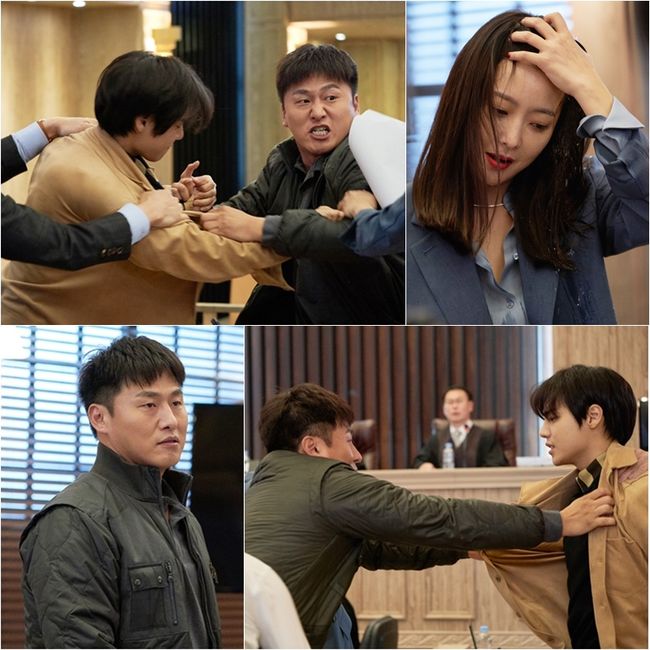 On her role, Kim Hee Sun shared, “It’s my first time playing a lawyer, as well as a dual role. I worked hard on the difficult law jargon as well as Jang Hwa Sa’s way of speaking by reading the script over and over again until I got used to them. It’s all about practicing.”

The production staff stated, “After Oh Bong Sam and Eulji Hae Yi create utter chaos in the courtroom, Oh Bong Sam doesn’t give up and plans to dig open Ki Chan Sung’s case. The three people’s relationship as well as the full story of the case will slowly be revealed through the drama, so please look forward to it.”

ONE
Kim Hee Sun
Oh Dae Hwan
Room No.9
How does this article make you feel?