In the October 4 episode of Mnet’s “Tutor,” WJSN (Cosmic Girls) member Luda comforted her student by sharing her own personal experience.

Luda met her student Jung Eun at her home in this latest episode. Jung Eun’s father confessed that he’s always felt sorry to his daughter because her parents live apart.

When Luda and Jung Eun went into her bedroom on their own to begin their studying session, Luda asked her if she finds her parent’s separation hard to deal with. Jung Eun explained that while she just accepted it when she was younger, she now sometimes feels jealous about things like other people having family portraits with their parents and eating dinner all together. 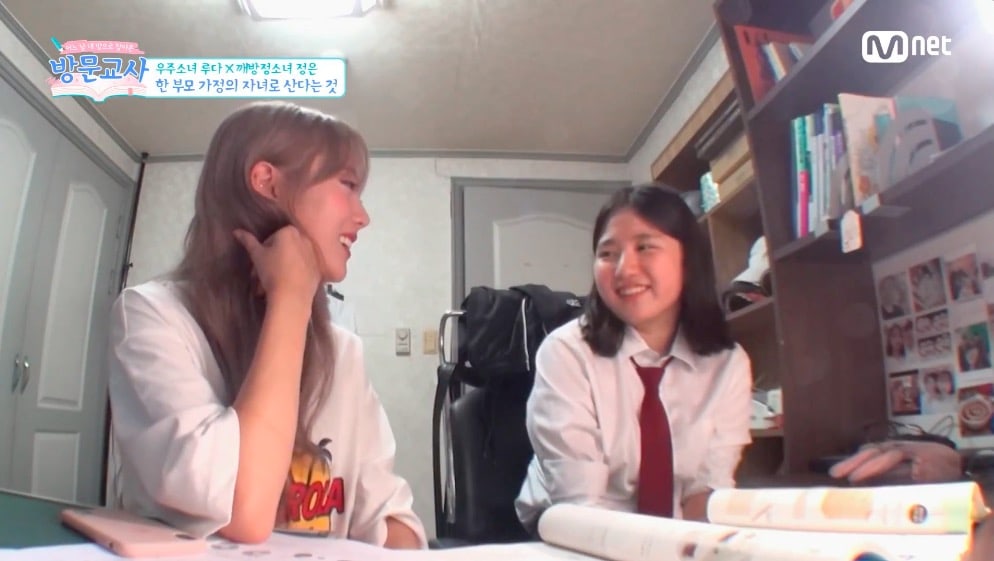 Luda responded sympathetically and said, “To be honest, I just lived with my dad and my older sister starting in the sixth grade, I didn’t live with my mom.”

“It was usually fine, but there were some times when I’d think, ‘Other people are all eating their mom’s cooking or wearing uniforms to school that their mom ironed for them, why can’t I?'” she added. “I think Jung Eun must be feeling that way too. It made me sad.” Luda then began to tear up. 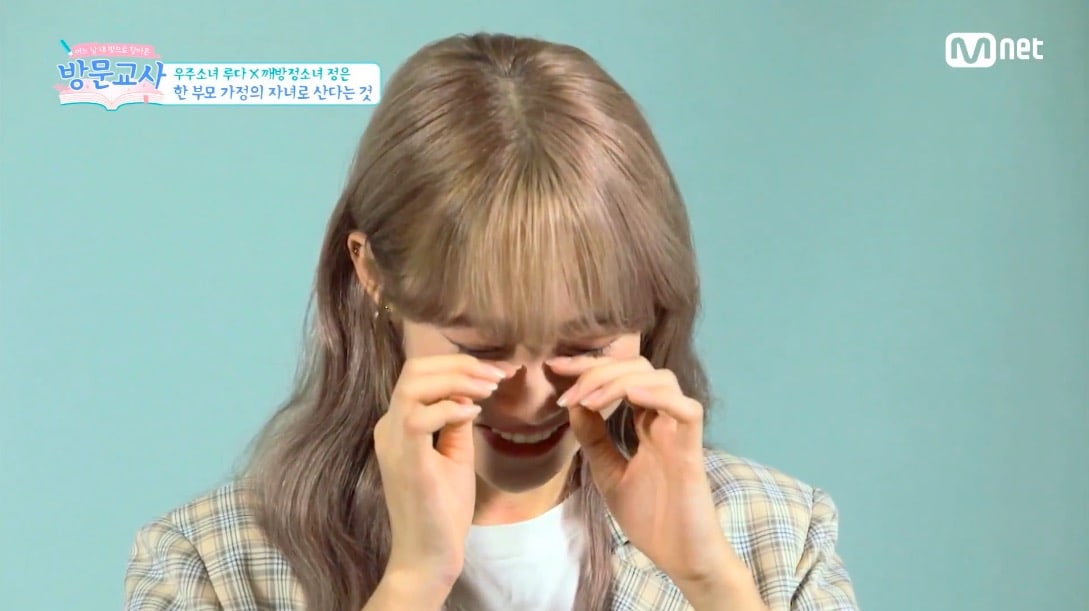 Jung Eun appeared touched when Luda shared this with her, and they both said it was good that Jung Eun was also living with her grandmother, whom she’s very close with. Luda told her that when her older sister had gone to university, there were many times when she’d be at home alone. “I cried a lot when I got home and all the lights were off,” she shared.

Jung Eun said in her interview, “Even just the fact that she told me she had been through the same experience makes me feel stronger. I was so grateful that she showed me that even though she’d gone through that, she’s still doing well.”

WJSN
Luda
Tutor
How does this article make you feel?