October is already off to a great start, mainly because the lovable Kim Young Kwang is starring in his new role as Ki Yoo Jin in the thriller K-drama, “Room No. 9.” This highly anticipated thriller involves a lawyer named Eulji Hae Yi (played by Kim Hee Sun) and her doctor boyfriend (played by Kim Young Kwang) who isn’t exactly what he seems. It’s the perfect K-drama to watch with Halloween being just around the corner and also the perfect reason to write about all the times he made our hearts flutter. Here’s a look at just 12 of the billion times he did so!

1. When Kim Young Kwang helped build an igloo in Antarctica 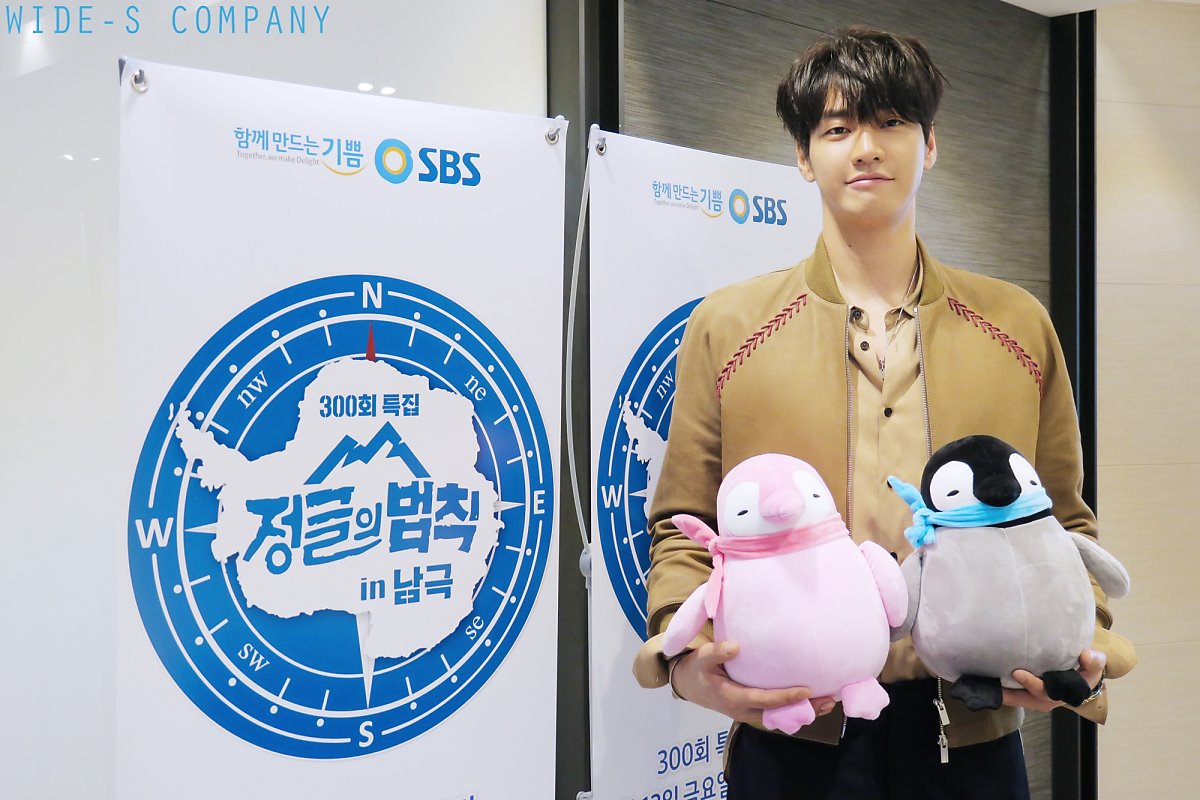 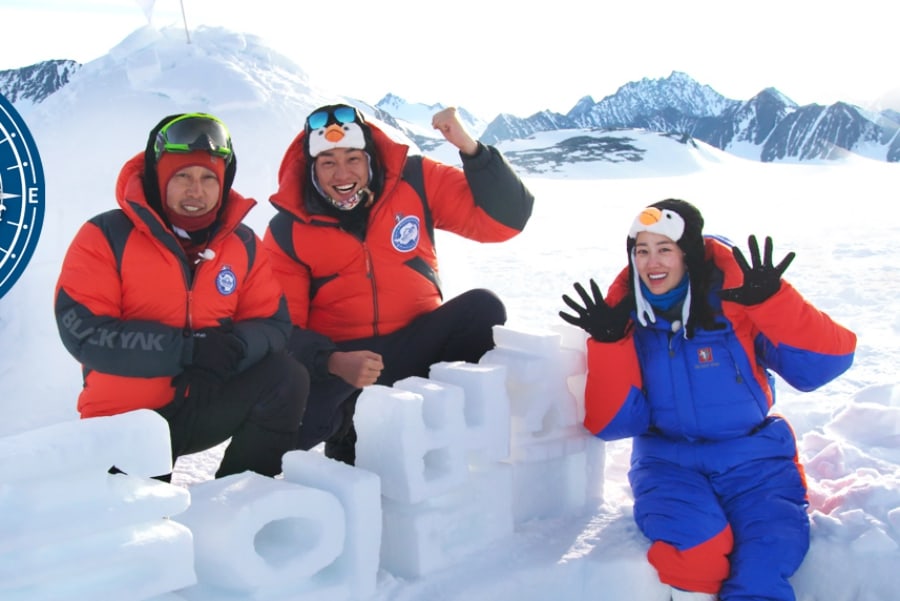 When Kim Young Kwang was asked by Kim Byung Man to go with him to Antarctica for a “Law of the Jungle” special, he couldn’t turn down the once-in-a-lifetime opportunity. As fans of Kim Young Kwang, we were so proud to see how well he adapted to harsh weather conditions and were so impressed with how hard he worked to help build the igloo. It took them over a day to build it, but Kim Young Kwang managed to help from beginning to end with a big smile on his face. That’s our Young Kwang!

2. How he played the role of Jang Do Han in “The Guardian” 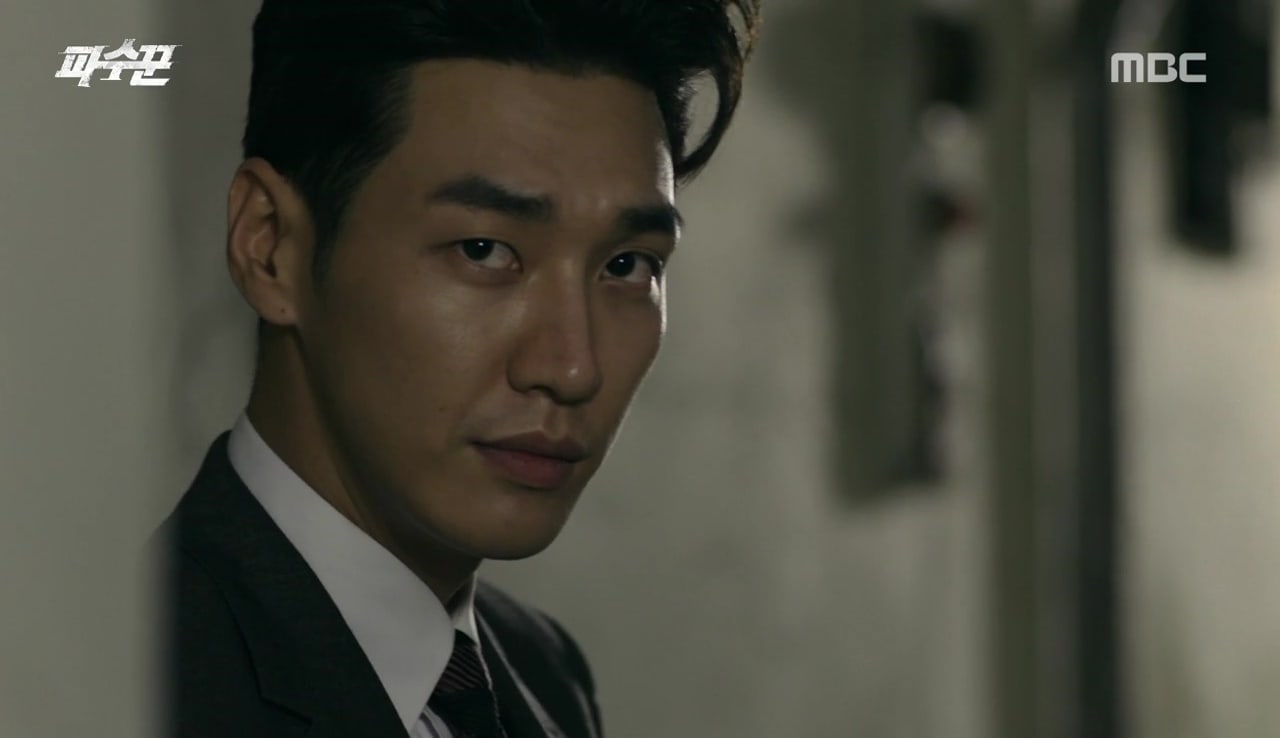 Kim Young Kwang as the vigilante in the action-packed series, “The Guardian,” was impressive and garnered a whole other level of respect for him as an actor. His character was super complex and had many layers that made the acting skills of Kim Young Kwang that much more swoon-worthy. In particular, the scene where he’s talking to his father, who had a nervous breakdown, was emotional and really showcased Kim Young Kwang’s skills. We really couldn’t be more proud of this performance:

Obsessed with "Lookout"/"The Guardians." ?? I subbed a heart-wrenching scene from the series to show you how amazing Kim Young Kwang is as an actor- skillssssss! ? (his dad had a nervous breakdown, which is who he's talking to in this scene)! Anyone else watching this drama? ?✌️️?

Catch the first episode of “The Guardian”:

3. When he was in love with Go Ho for a long time in “Gogh, The Starry Night”

Despite the tough exterior of Kim Young Kwang’s character Kang Tae Ho in the webdrama, “Gogh, The Starry Night,” he totally redeemed himself when we found out that he was actually secretly in love with Go Ho (Kwon Yuri) for several years. It totally made our hearts pitter patter seeing him turn into a pile of mush whenever he was around her.

Catch the first episode of “Gogh, The Starry Night”:

4. How he looks after his friends – in particular Hong Jong Hyun

If you’re a fan of Kim Young Kwang, you’ve heard of the “Model Avengers.” He’s part of a tight-knit group of friends who are models and/or actors. His relationship with his younger friend Hong Jong Hyun is particular adorable, and in a variety show special they were able to go on a trip to Japan together.

5. How adorably tall he is

It’s sweet how well-mannered he is towards his female co-stars by trying to be short. 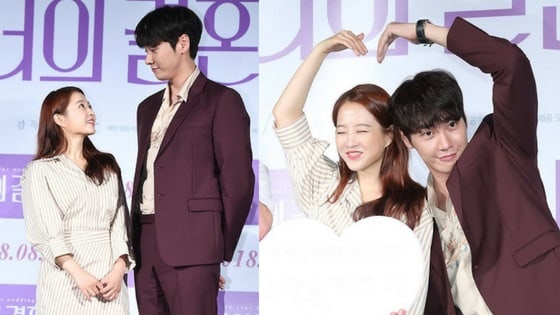 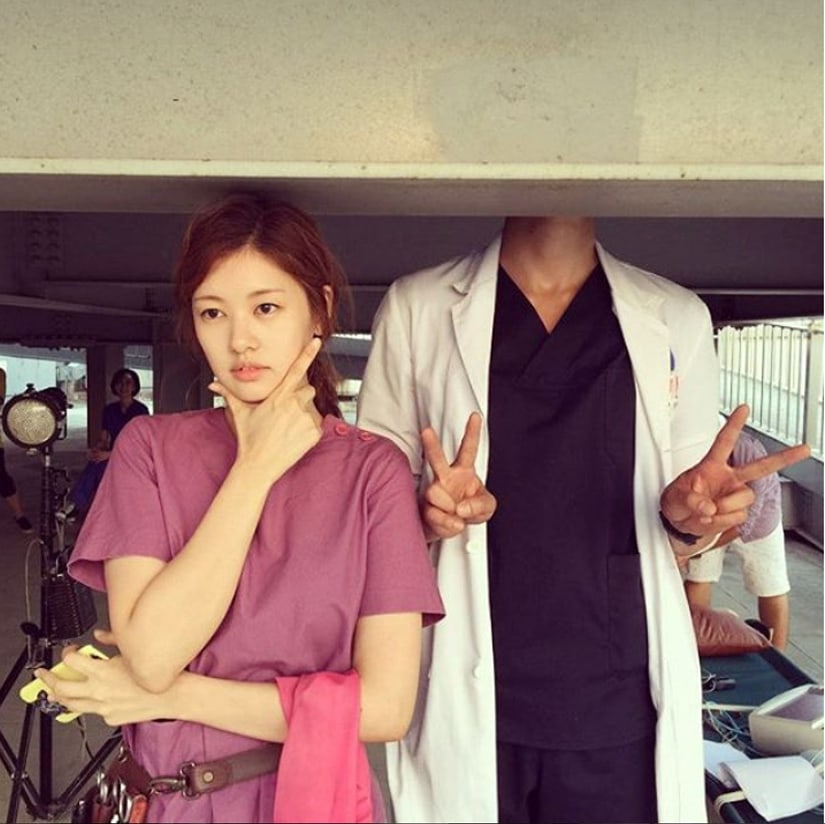 6. How much he loves his dog

We obviously can’t get enough of a man who is an animal-lover. Kim Young Kwang tries to take his dog on as many sets as possible when he’s filming and is also not shy about talking about his four-legged best friend during interviews.

We can’t even handle the cuteness! 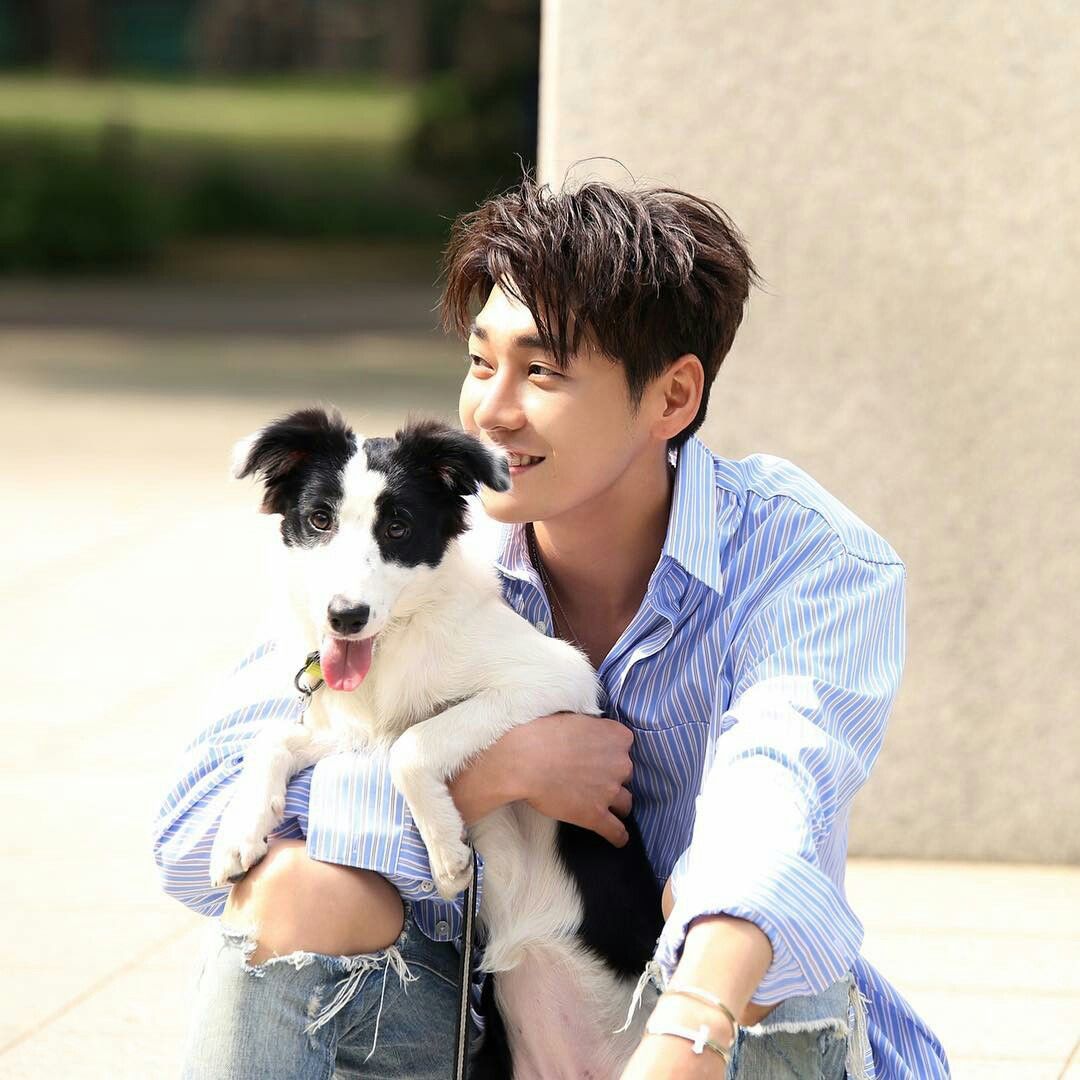 7. The serious case of second-lead syndrome we got for his character in “Pinocchio”

Kim Young Kwang as the love-stricken reporter, Seo Bum Jo, in the series “Pinocchio” was totally swoon-worthy. We love a solid second-male lead, and when Kim Young Kwang was playing that role, it made us even weaker in the knees.

8. Pretty much every time he smiles

Which is pretty often! 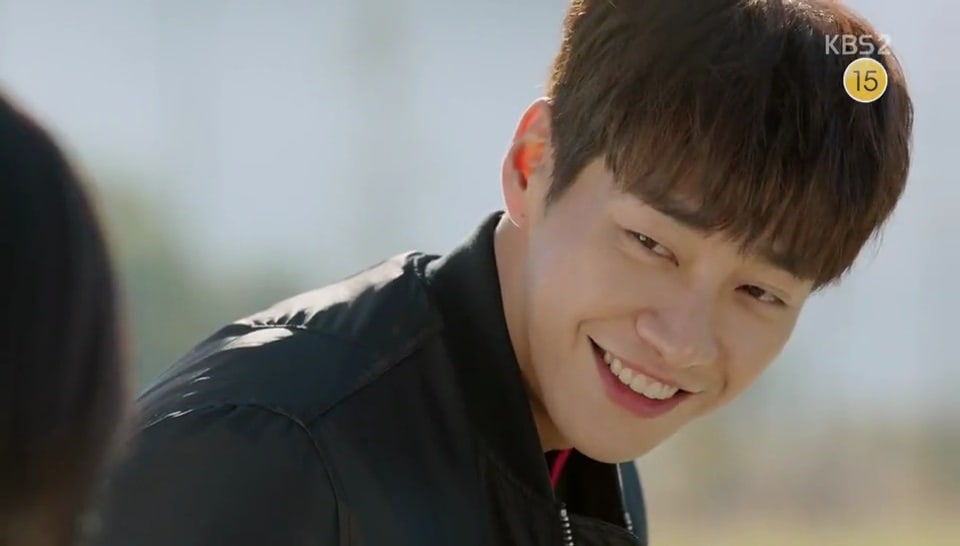 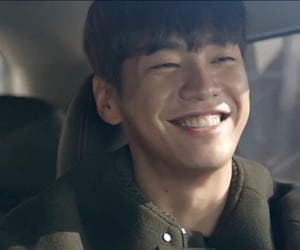 9. When he was chosen to be the model for Dior Homme

This was a huuuge deal, as he was the first Asian man to model for the designer brand.

10. This confession scene from “Plus Nine Boys“

Catch the first episode of “Plus Nine Boys”:

11. When he touched the deepest part of our souls in the Brown Eyed Soul MV

Catch the latest episode of “Room No. 9”:

Hey Soompiers, how much do you love Kim Young Kwang? Let me know in the comments below!

Currently watching: “Terius Behind Me,” “The Third Charm,” ” Beauty Inside,” and “Where Stars Land,”
All-time favorite dramas: “Secret Garden,” “Goblin,” “Because This Is My First Life,” “Star In My Heart”
Looking forward to: Won Bin’s return to the small screen and Song Joong Ki’s next drama

Soompi Spotlight
Kim Young Kwang
How does this article make you feel?