On the latest episode of “Happy Together,” INFINITE’s Nam Woohyun talked about the many ways in which he expresses his love for his fans!

Woohyun appeared as a guest on the October 4 broadcast of the KBS talk show, where the hosts asked him whether it was true that he had given some lucky fans a special ring as a gift. When he confirmed the story, an impressed Park Myung Soo asked in surprise, “You gave them [rings], instead of receiving them?”

The INFINITE member, who has never been shy about showing his fans affection, explained that he had wanted to return some of the love he’s received from his international fans. “I wanted to prepare a special gift for my fans abroad,” said Woohyun. “So I spent several million won [several thousand dollars] and personally custom-ordered about 20 rings.”

“I wore one myself,” he went on, “and then the person receiving [the gift] would be getting a ring unlike any other in the world.” 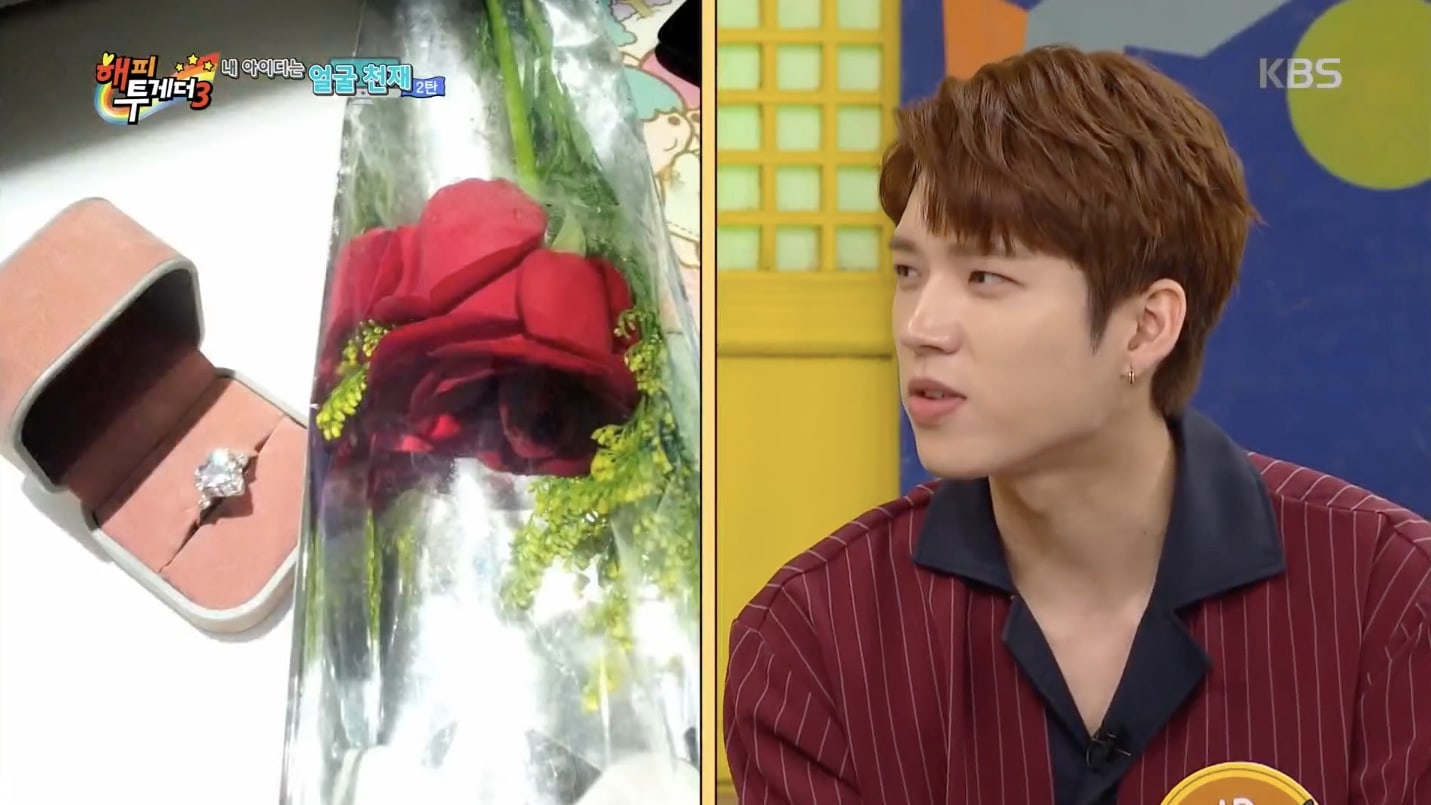 Woohyun continued, “During my concerts, I would perform my self-composed track and act like I was proposing. I would prepare a rose and a ring for each of the 20 countries we visited for our tour, and I gave them to one person in each country.”

“I prepared them with my own personal money, out of my own pocket,” he clarified. “It wasn’t the company that paid for them.” 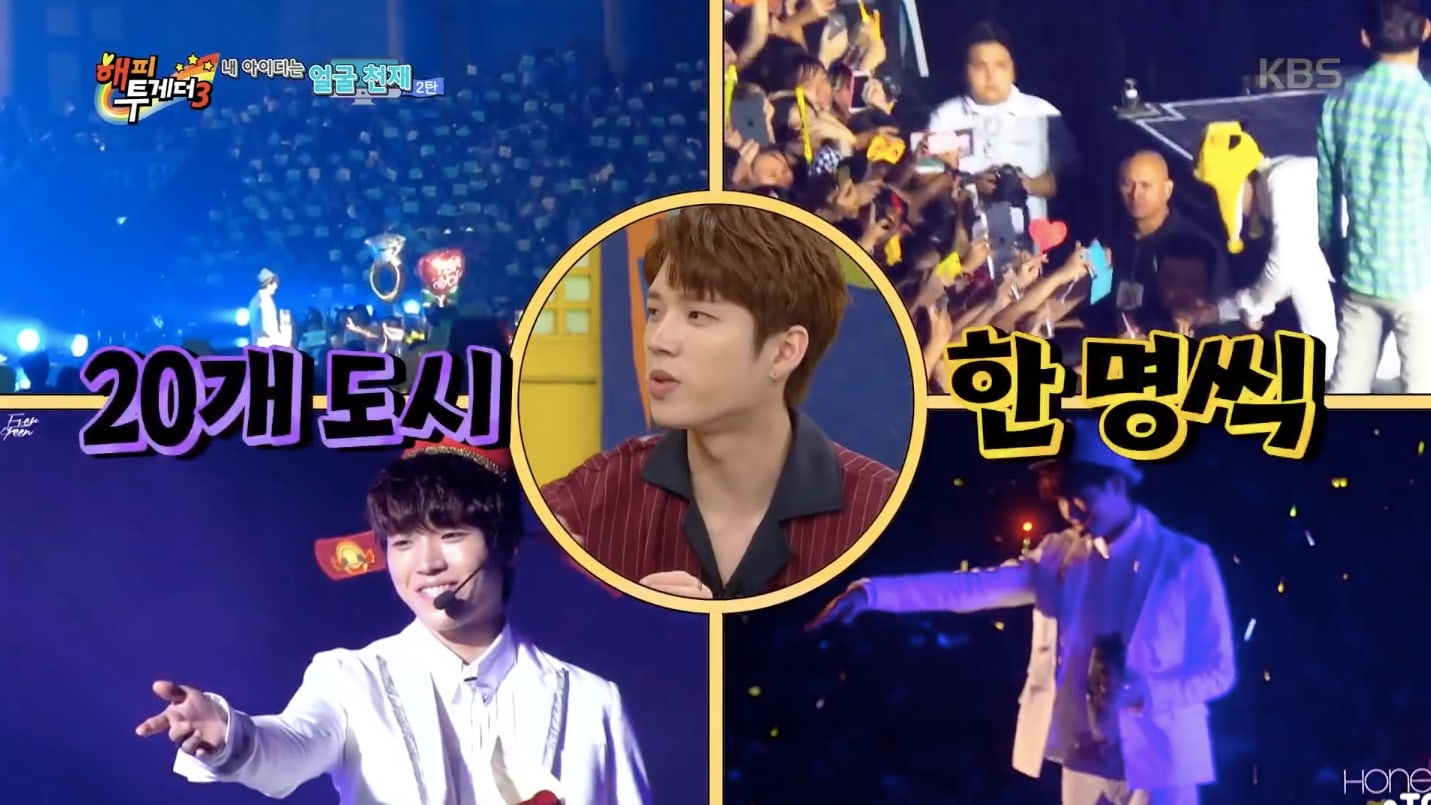 Woohyun also talked about his famous displays of affection towards his fans at INFINITE’s fan signing events.

“Fans pay out of their own pocket to buy [our albums] and attend fan signing events,” explained Woohyun. “It’s something for which I feel incredibly grateful. Just quickly signing [their album] and saying, ‘Okay, next’—that didn’t seem sincere to me. So I would often act out scenarios [with my fans].”

He went on to elaborate, “I did this a lot during my rookie days. I still do it, but back then, I went further. I’d greet them [by saying things like], ‘Darling, you came?’ I would joke around with them.

“I would also ask them about their concerns, and I’d tell them, ‘Darling, don’t worry about things like that. You have me.’ I preferred it to just saying, ‘Thank you.'”

However, Woohyun revealed that not all of his fans liked his sweet-talking style. “There was one fan who asked me, ‘Nam Woohyun, why are you so fake?'” he recalled. “I’d anticipated that there might be some people like this, who thought that I was cheesy. So I didn’t get flustered, and I replied, ‘Darling, honey, why are you being like this? Did something bad happen today?’ And the corners of her mouth turned up [in a smile].” 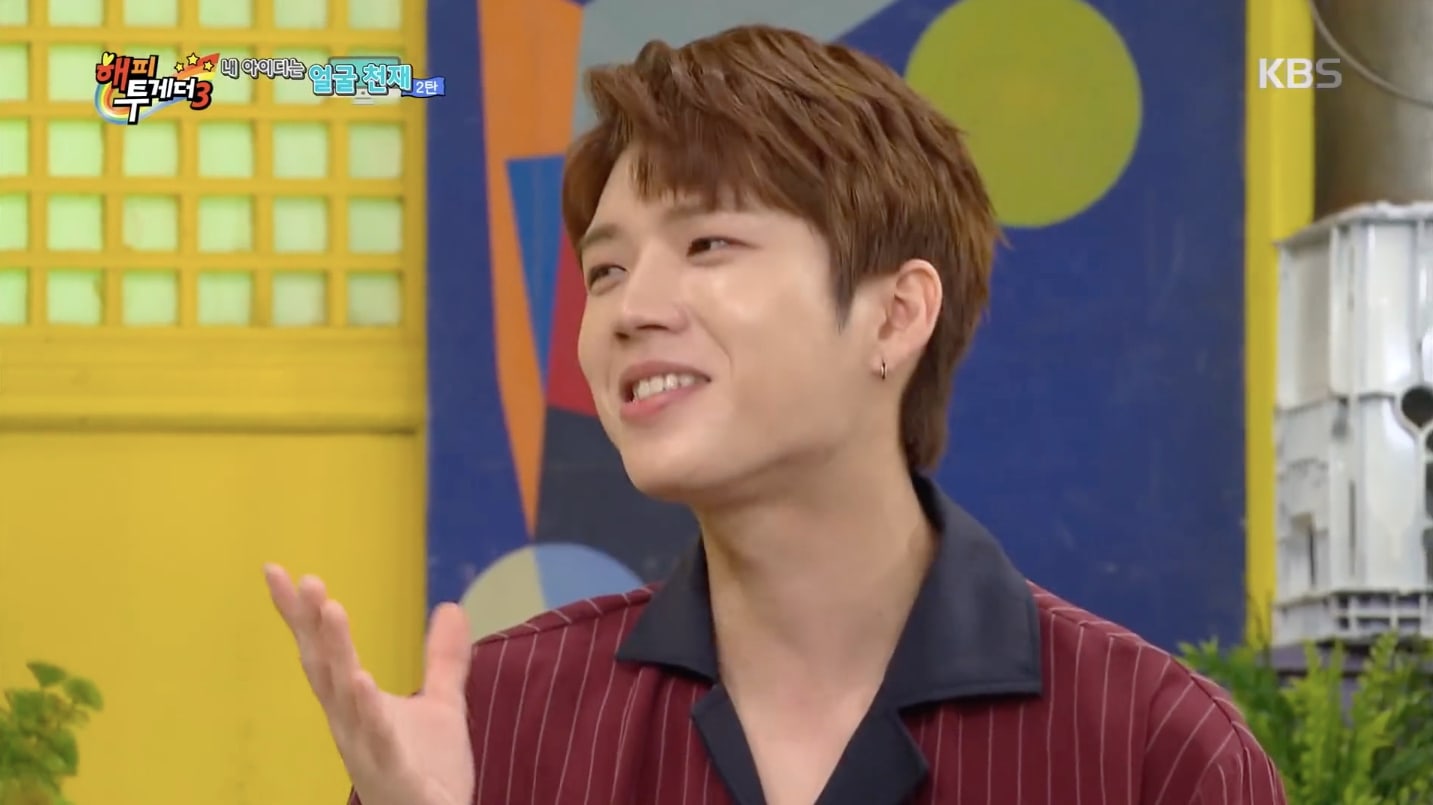 Nam Woohyun
Happy Together
INFINITE
How does this article make you feel?