In a new tvN variety show called “In-Laws in Practice,” which aired its first episode on October 5, new fantasy couples were paired up to begin their “newlywed” lives, while their real-life parents watched from the studio. 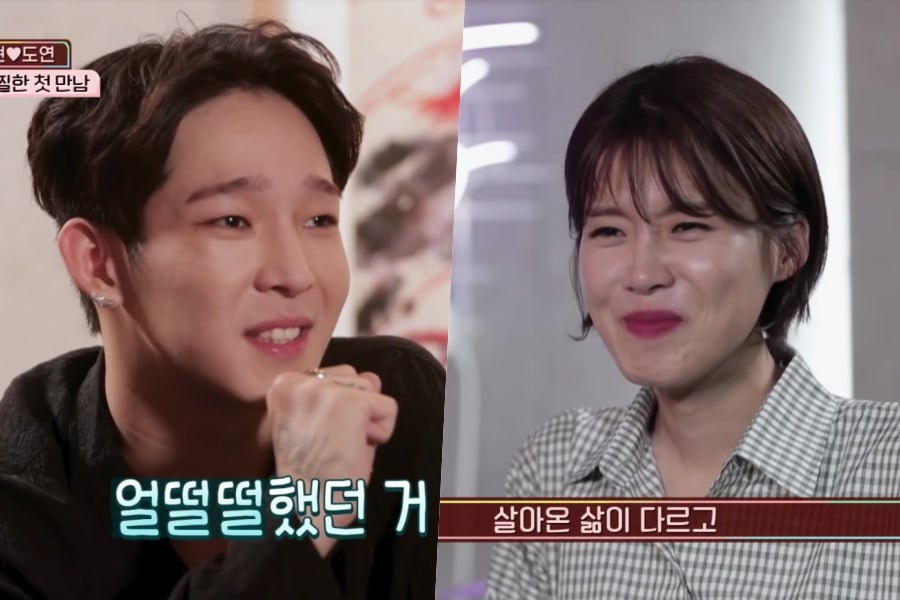 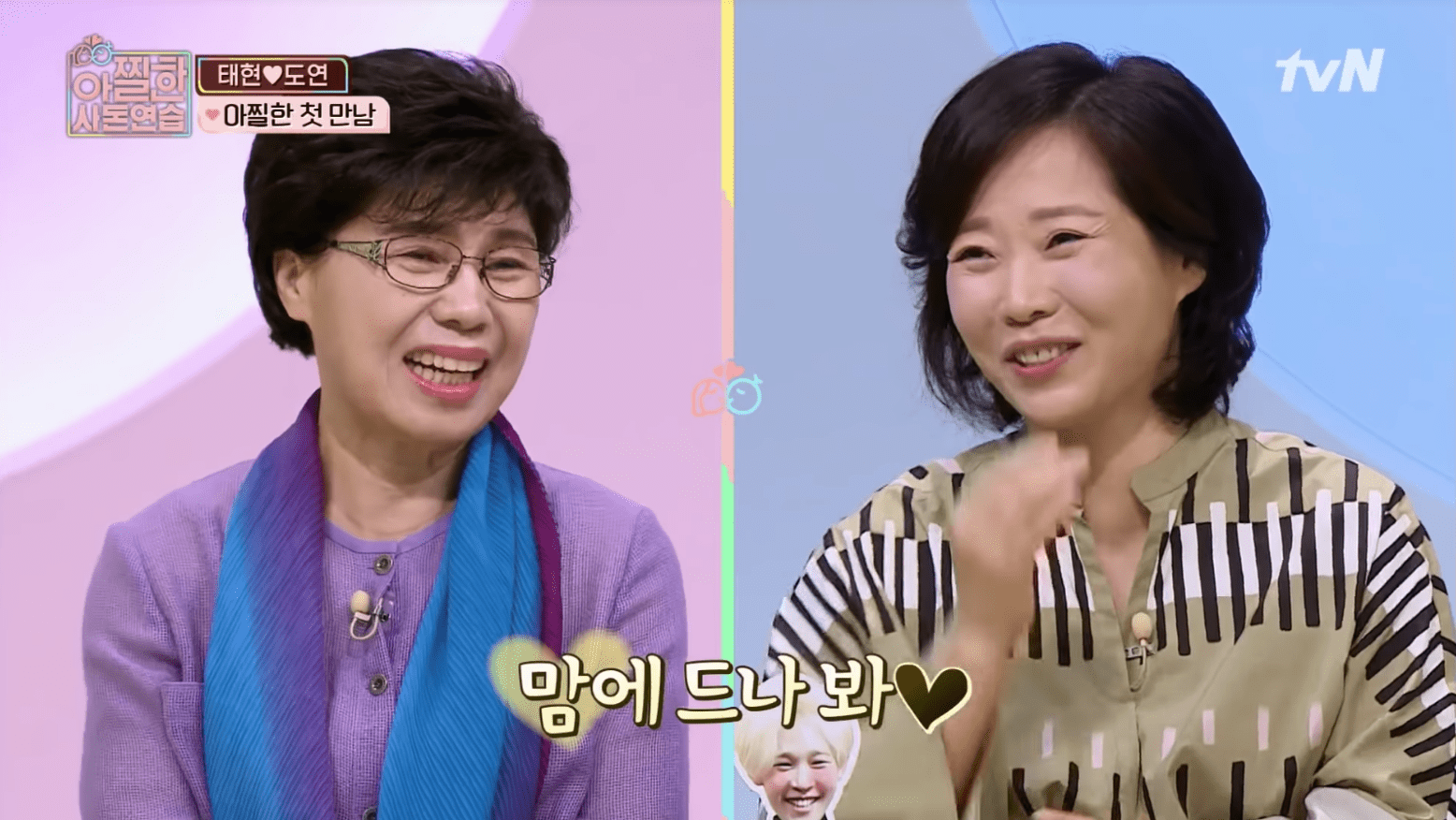 The first couple to be paired up was Nam Tae Hyun and Jang Do Yeon.

The two had an awkward first meeting in Nam Tae Hyun’s home. Jang Do Yeon, who wasn’t expecting someone as young as Nam Tae Hyun (who is nine years her junior), kept apologizing to him, as they sat rigidly on opposite ends of Nam Tae Hyun’s couch. She said in an interview, “He’s an entirely different breed. The life he’s lived is so different from mine. So I was just really sorry. Even with presents, if you get something small you can [comfortably] say thank you, but if you get something that’s excessive, you become speechless.” She added, “If you were to ask me about my ideal type, [Nam Tae Hyun] is the closest to it. A monkey. A baby monkey.” 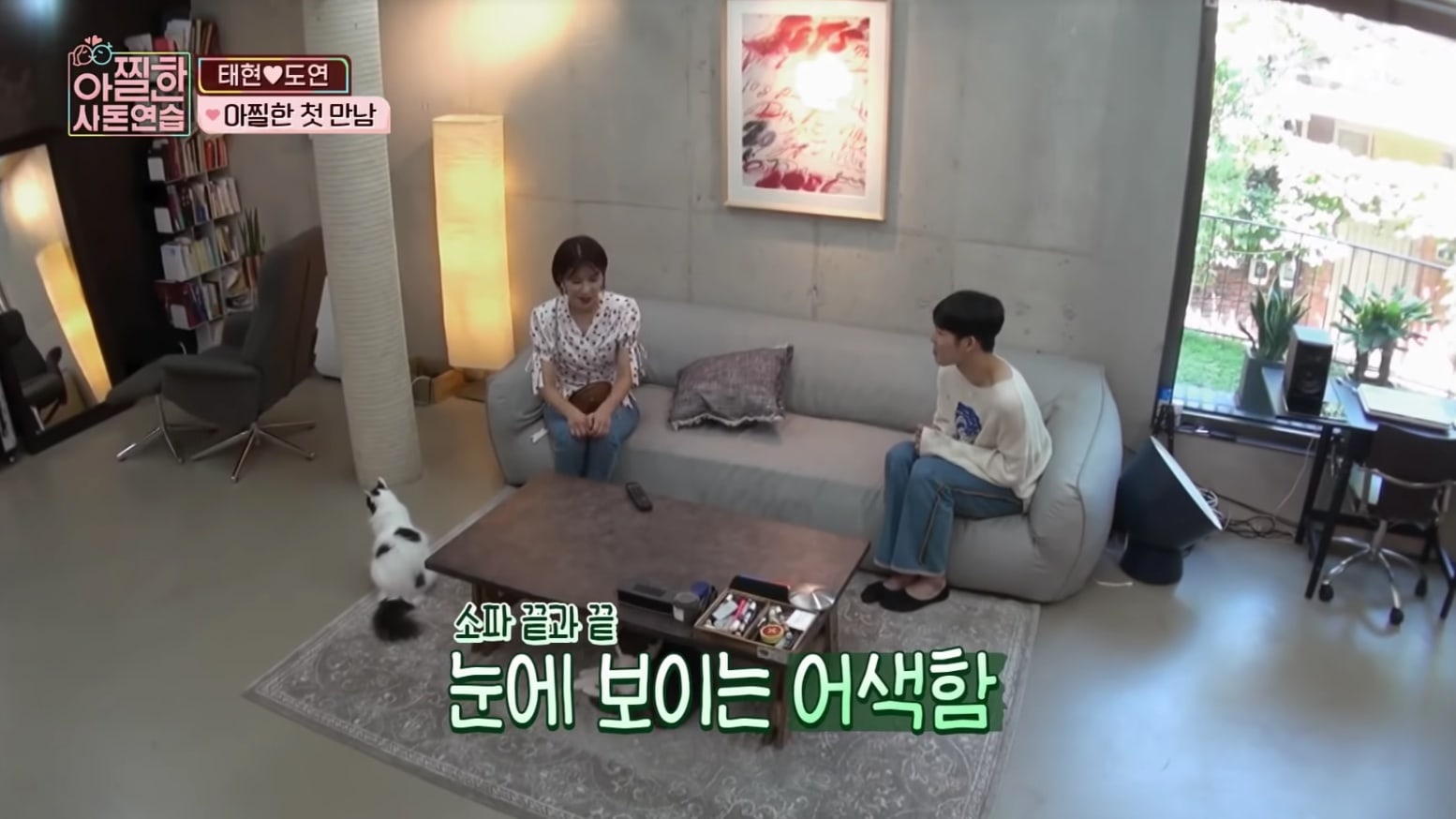 On their age gap, Jang Do Yeon expressed in her interview that nine years is a bit much for her. Nam Tae Hyun, on the other hand, said, “I’m not particularly concerned about age. But it feels like [Jang Do Yeon] is uncomfortable with it. She’s [constantly hunched over] and I think she’s really shy and embarrassed. I want to make her feel better about it.”

Nam Tae Hyun asked Jang Do Yeon if she’d like to speak informally. When she seemed hesitant to do so, Nam Tae Hyun led and did it first, drawing exclamations from the moms in the studio, who said, “He’s so charismatic,” and “He’s so cool.” 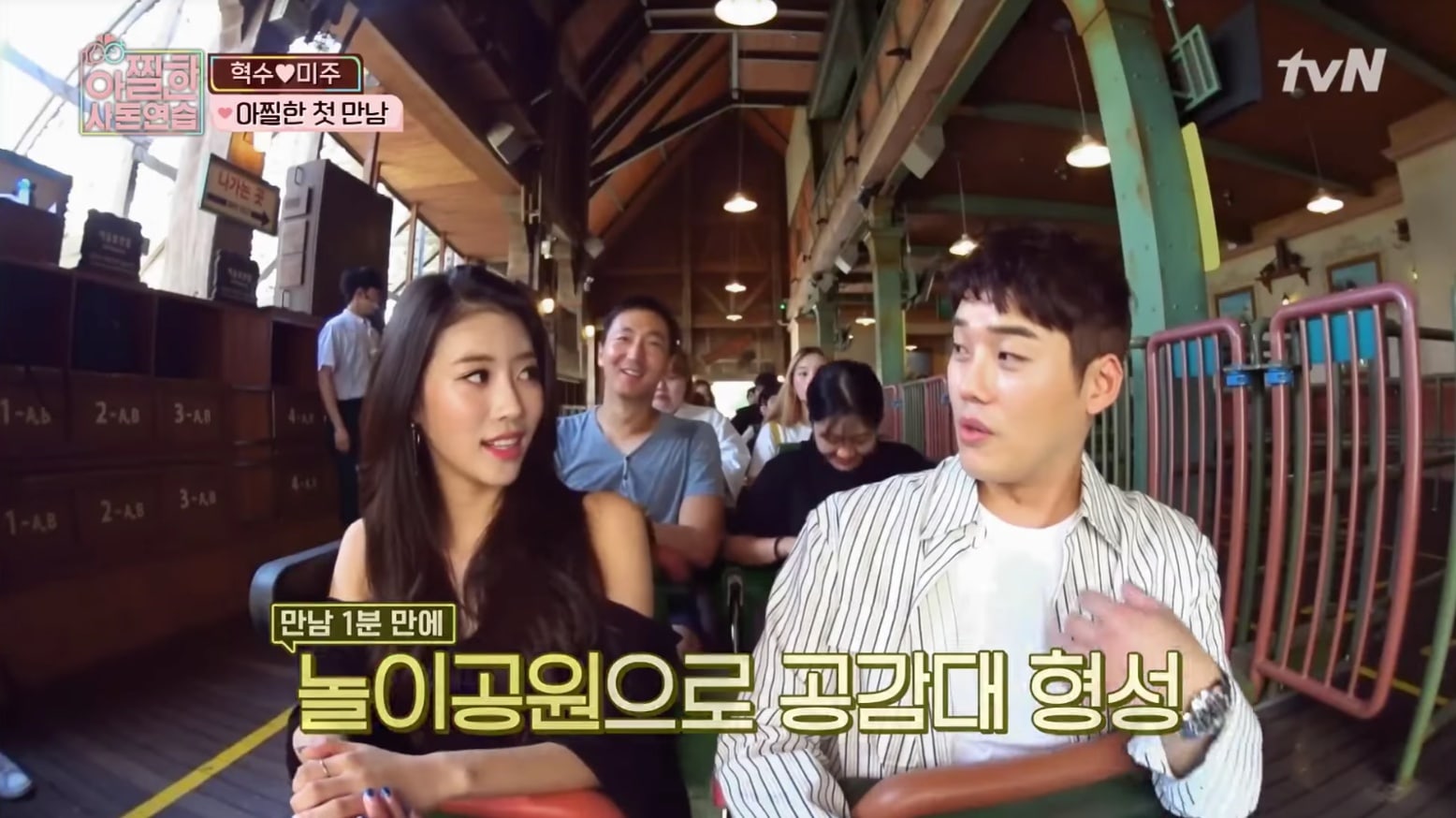 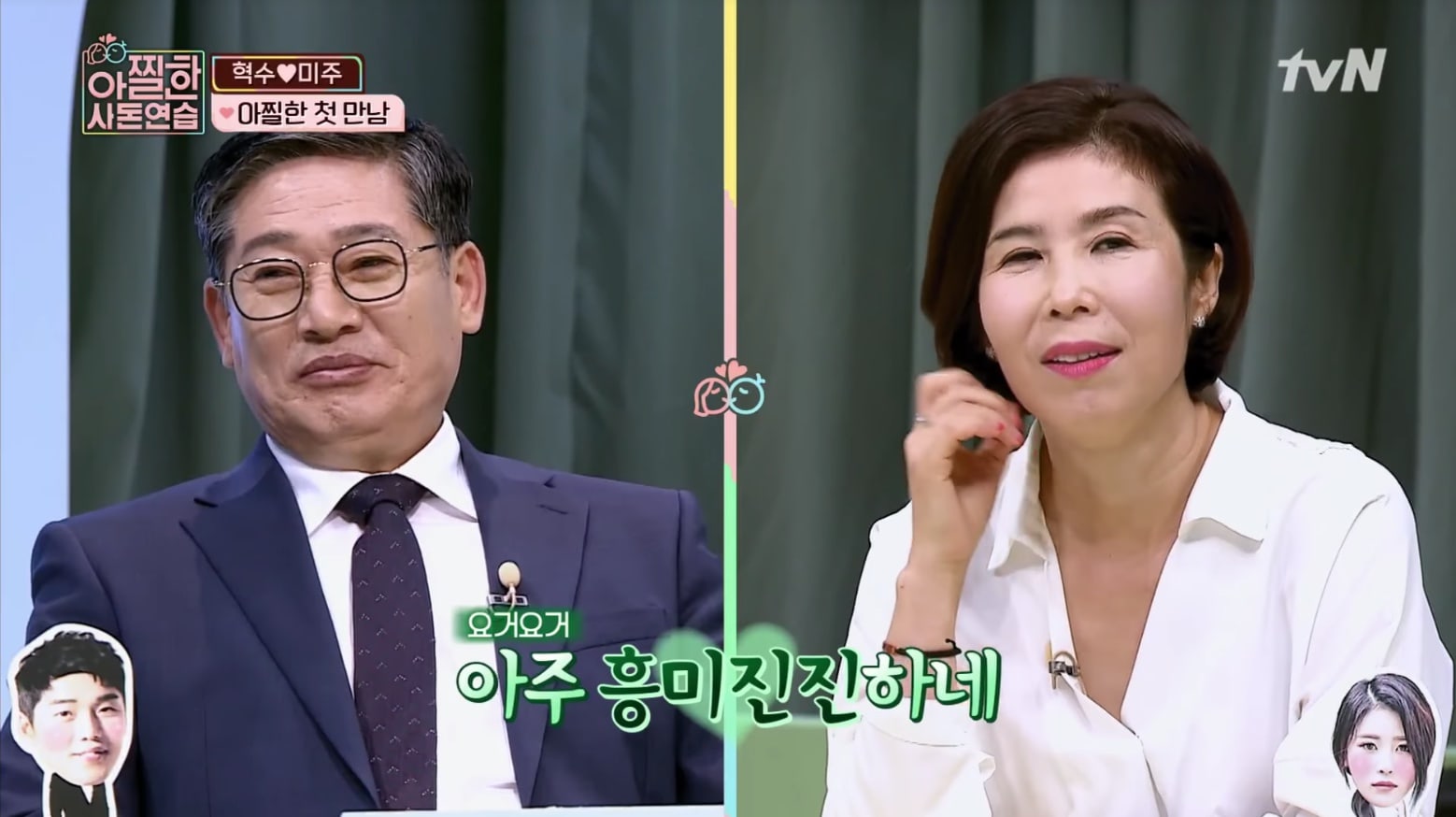 The second couple to meet was Lovelyz’s Mijoo and Kwon Hyuk Soo.

The two met at a theme park. On their first meeting Mijoo said in her interview, “Honestly, it was funny. He’s someone that I know [from TV], and I couldn’t help but laugh when I saw him. I thought, this is going to be fun. Our married life is going to be fun.” 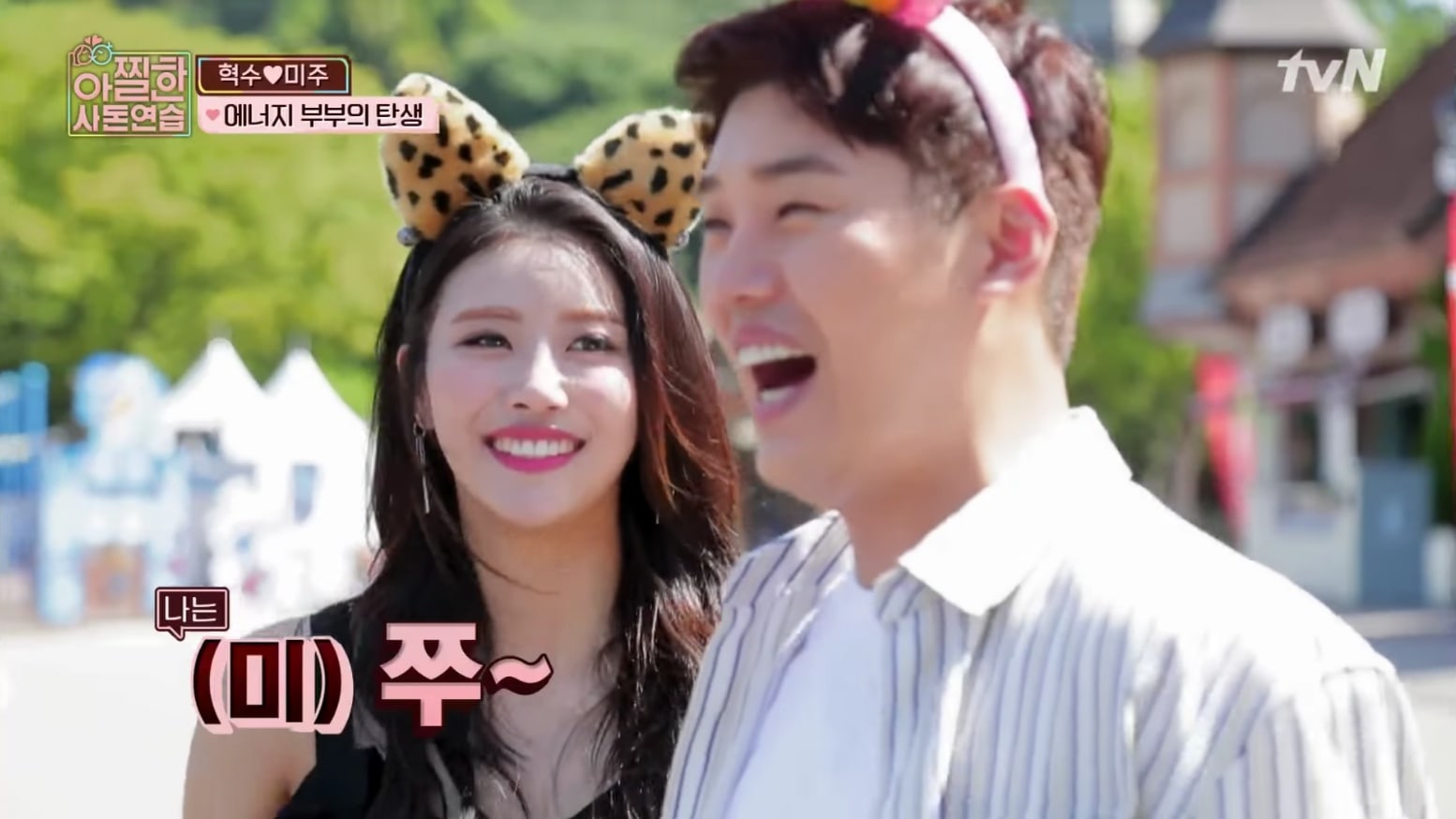 Mijoo and Kwon Hyuk Soo picked out headbands for each other, and Mijoo said, “I wondered how he would react when I gave him the rabbit headband and what I would do if he said he didn’t like it. At the same time, I picked one that was a bit much. He seemed like he didn’t like it, but he put it on anyway. I liked that.” 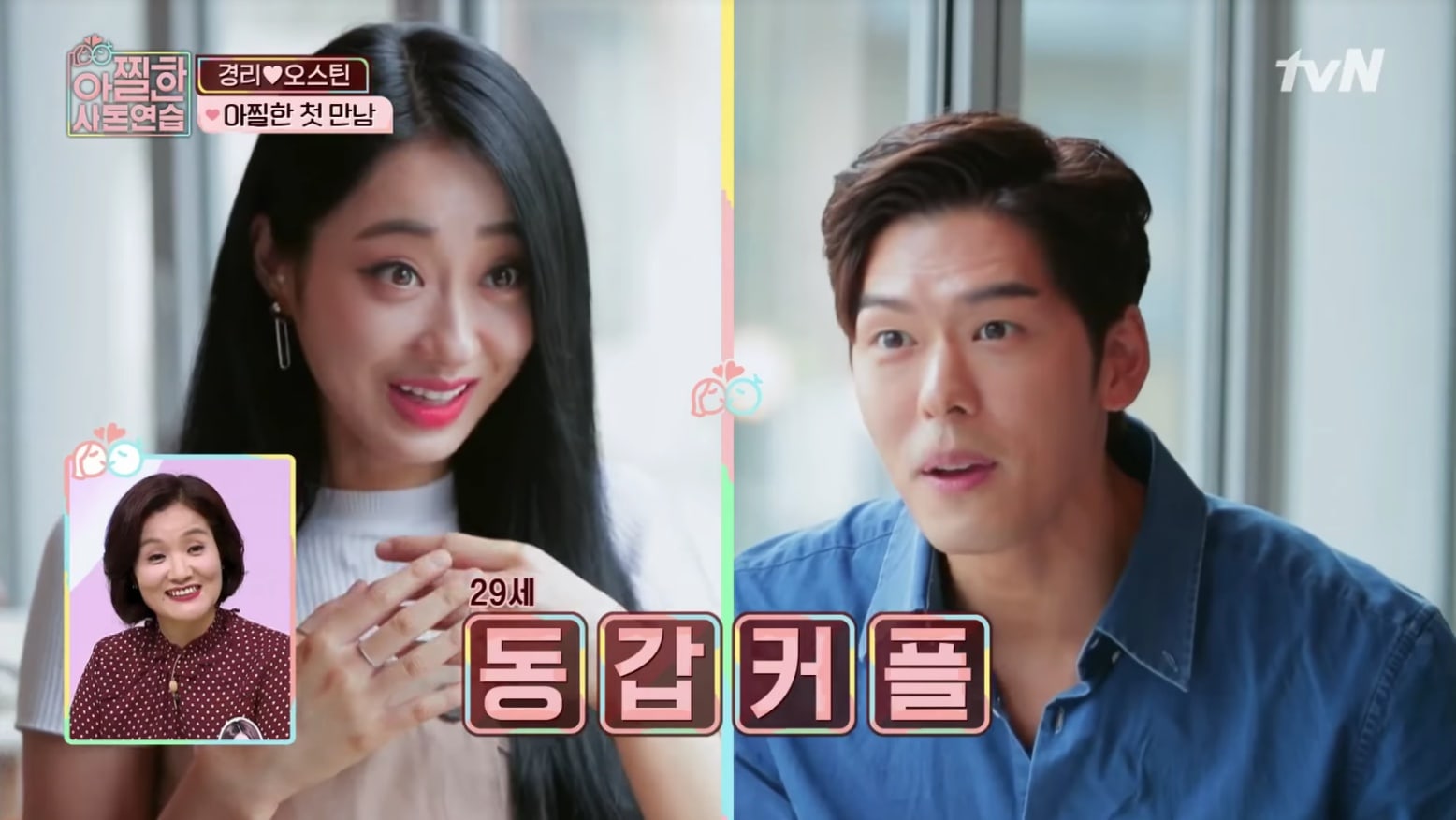 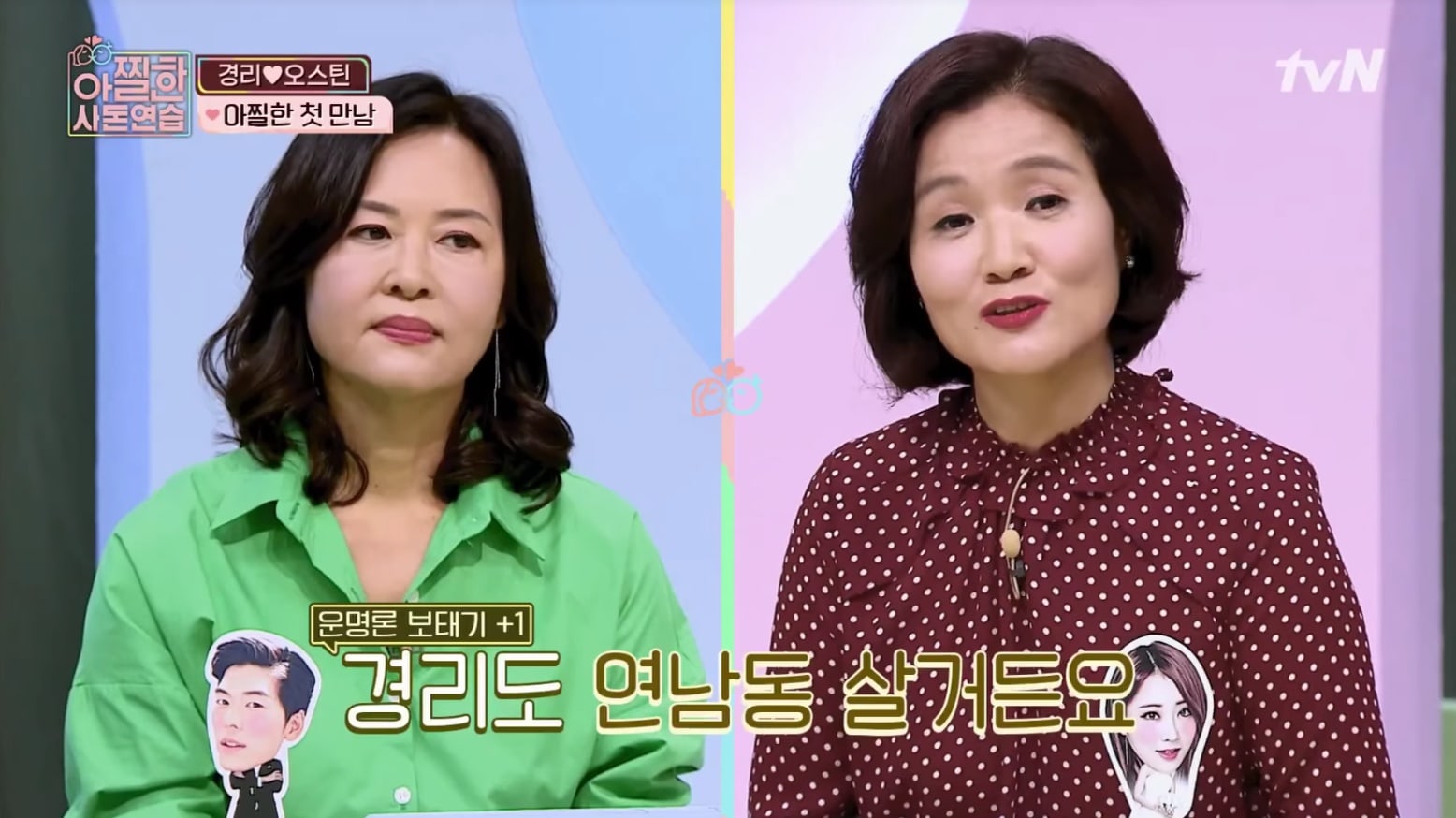 The next couple was 9MUSES’ Kyungri and chef Austin Kang.

After meeting Kyungri for the first time in his restaurant, Austin Kang said, “I’m from the United States, so my Korean is not as good.” Asking each other’s ages, Kyungri and Austin Kang realized they’re the same age, both born in July 1990. So within minutes of meeting, Austin Kang said, “Let’s speak informally.” He added, “I didn’t properly learn formal speech, so let’s just talk like friends.. no, we’re married now.”

On her first impression of Austin, Kyungri said, “He’s handsome and he’s tall, so he passed on that front.” Austin said, “As I was coming in [to the restaurant], I saw her from behind as I was approaching, and when I first saw her face, she was so pretty. She was pretty from head to toe.”

Austin said he wanted to surprise Kyungri by first telling her he was just a model and then going to the kitchen to cook after they ordered their food. However, after telling Kyungri that he was a model, she immediately asked if he was the chef of the restaurant they were in. “Are you the person that was on ‘Dunia’? The chef who cooks here..?”

Wanting to go through with his surprise, Austin struggled to answer Kyungri’s questions. When he seemed to know the restaurant really well, going to get the food and drink menus, Kyungri assked, “Are you the owner here?”

After making pasta for Kyungri, she praised his cooking, saying it was better than the pasta she had in Italy. He joked, “It might make you say you love me.” 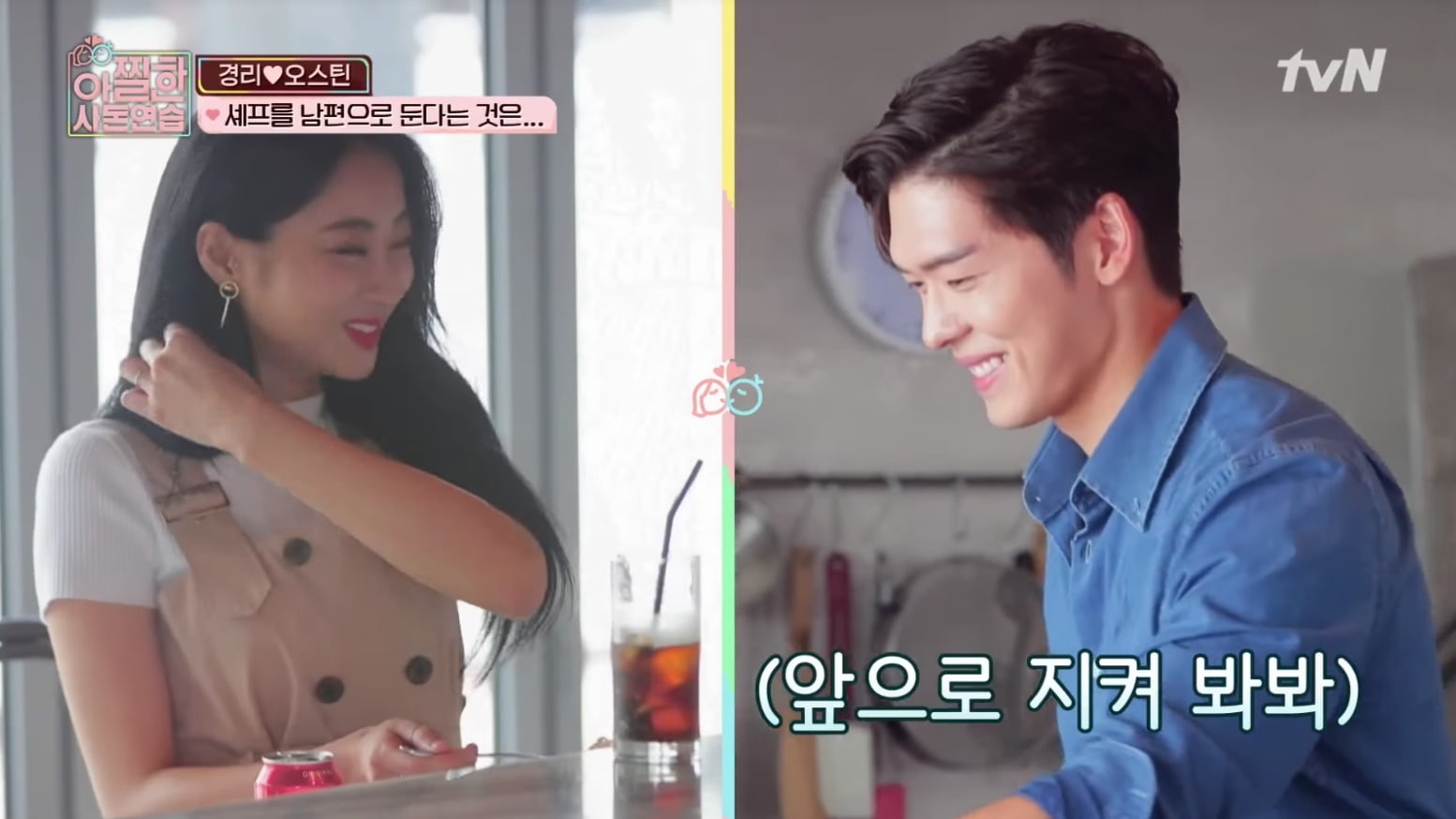