Weki Meki’s Sei and Lucy sat down with BNT International to discuss their upcoming album “KISS, KICKS” and more!

In addition to the interview, Sei and Lucy also did a photoshoot in three different concepts. The first concept was a fresh and charming denim look. They wore long dresses for the second look, which was more innocent and lovely. The last concept was a look that inspired a chic, yet dreamy mood.

When talking about their upcoming album and single “Kiss, Kicks,” they mentioned, “For this comeback, fans will be able to see a Weki Meki that is a combination of teen crush and lovely. We are practicing hard and gearing up for our album release.” 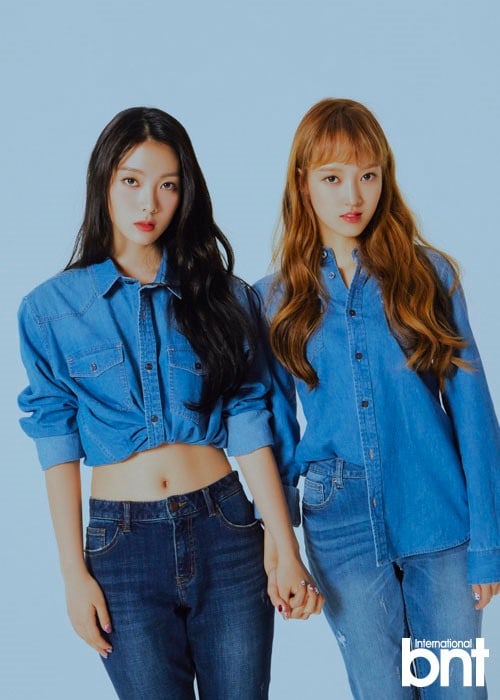 They were asked to describe the meaning behind their teen crush concept. Sei and Lucy responded, “A combination of teenager and girl crush, we want to show the bright side and confidence of teens. Since all eight of us have different charms, we can portray a diversified image when we’re all together.” 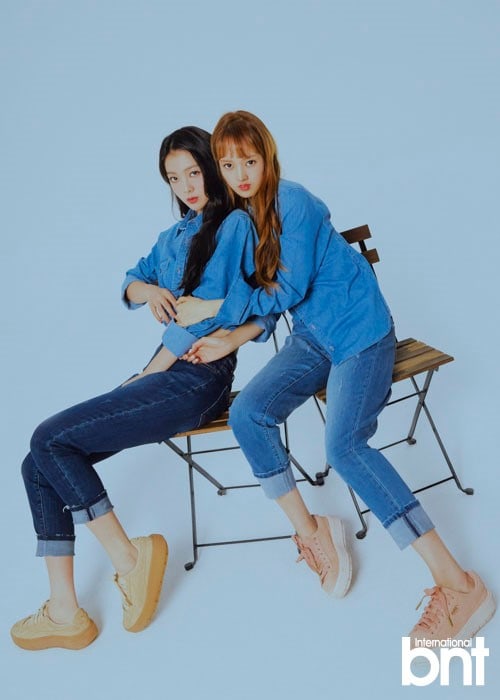 Thinking about what helps them pull off this concept, they mentioned their powerful, precise dancing. “We are so hungry after dance practice is over. Since we know practice will be exhausting, we have to breathe and get our mind in the right place before. However, as hard as it is, there’s a sense of accomplishment after.” They agreed with the interviewer’s comment about how all the practicing probably helps them naturally diet.

When speaking further about food, Sei mentioned she cooks her own food, keeping in mind nutritional values. Known for her self care, she prefers organic food and makeup, which gave her the nickname “organic Sei.” In reference to how she became a singer, she said, “I’m the type that takes care of business myself, like going to auditions alone.” She wanted to become a singer after listening to “Tell Me” by Wonder Girls. 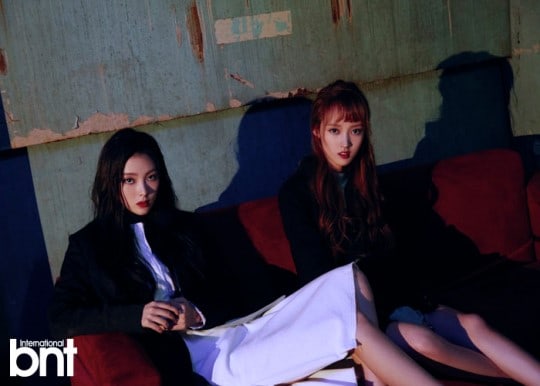 Lucy — known as “the attack of the youngest” — joked, “I’m tall and look mature, so I’m the youngest only when it comes to age.” She also thought about becoming a singer after listening to Younha and Wonder Girls. She thanked her sister, saying, “My sister sent my picture to an acting competition and that’s the main reason why I was able to get my foot in the door.” 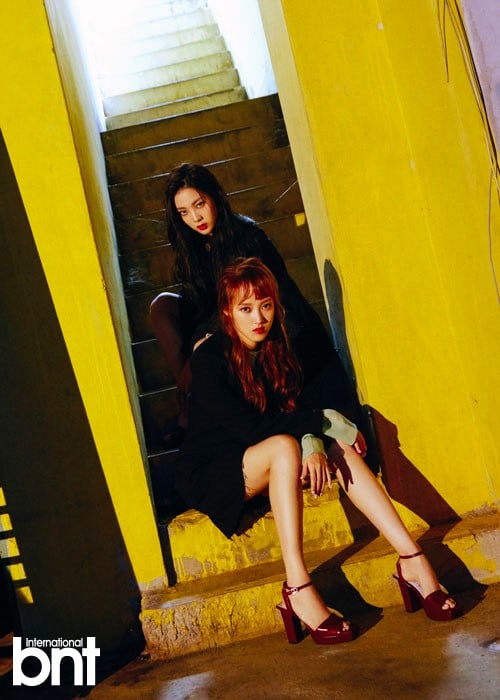 Weki Meki’s last comeback was seven months ago with their mini album “Lucky.” Because it’s been a long time, Sei and Lucy expressed that they were dying to greet their fans on stage. During their last mini album “Lucky,” they were nominated for first place. Recalling that moment, they remarked, “We did not expect it at all. We were smiling the whole day. It was an extreme honor to be nominated alongside BTS.”

Talking about group dynamics, when asked who are the mood makers of the group, Lucy picked Choi Yoojung and Lua. She explained, “For our one year anniversary, we went by Hangang River and turned on music, and the two immediately started dancing.” Speaking of her talents, Sei laughed and picked imitating animals. She said, “It’s using my face to express animals like an alpaca spitting.” 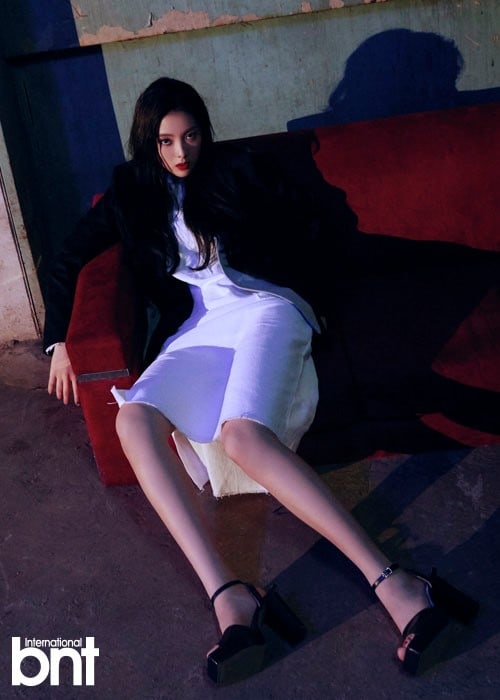 Sei and Lucy shared a group activity that they have been doing that has been a lot of fun. They said, “We have a hobby as a group. Since vegan food is the latest craze, we look for and eat at different vegan bakeries and restaurants every two weeks.” 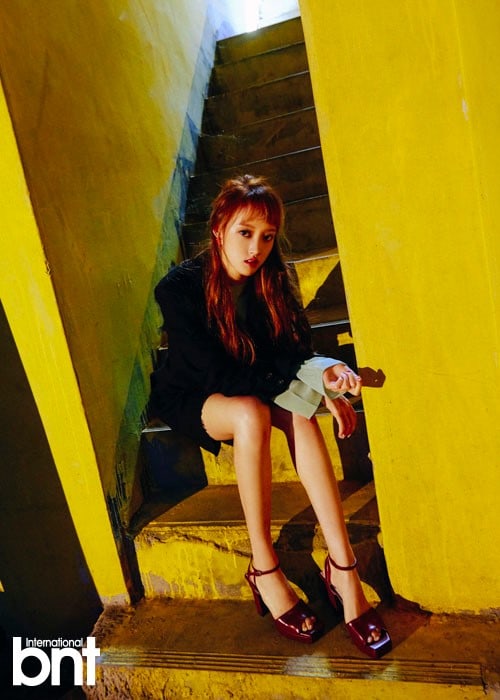 The interviewer then asked them about their ideal types. Sei commented, “I like guys who have cute smiles and are attentive. I want someone who cherishes me.” Lucy surprised others when she mentioned actor Sung Dong Il. “I thought his acting on ‘Ask Us Anything’ was so cool. I like the charisma that you can feel from veteran actors such as Sung Dong Il and Hwang Jung Min. If I have a chance, I would love to try acting.”

Lastly, when discussing their goals and role models, Sei said, “I want to be a singer that is a positive influence” and Lucy commented, “I hope to have Sunmi’s stage presence one day.”

Weki Meki
Lucy
BNT International
Sei
How does this article make you feel?