“The Third Charm” has released some new still images of Seo Kang Joon!

The new Friday-Saturday drama from JTBC is about the love story between a longtime couple as they go from their early twenties into their early thirties over their 12-year relationship.

In the last episode, Ohn Joon Young (played by Seo Kang Joon) and Lee Young Jae (played by Esom) were able to confirm their feelings for each other after seven years with a sweet kiss. The episode foreshadowed the couple’s ordinary, but still nerve-wrecking “real relationship.” 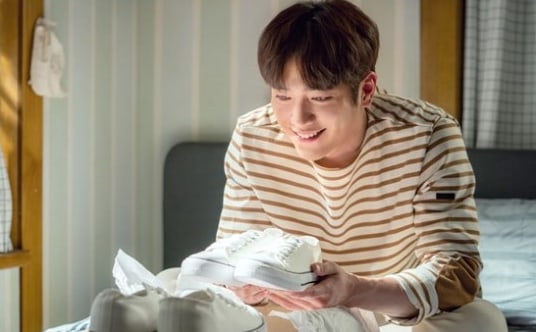 A source from the drama stated, “There are things that have and have not changed during the seven years. Please look forward to the love story of Joon Young, who is both changed and unchanged.” They continued, “The ordinary and insignificant, yet sweet date between Ohn Joon Young, a cute guy who has just started dating, and Lee Young Jae, a lovely girl, is beginning. Please give a lot of love and support [for the show].”

Seo Kang Joon
The Third Charm
How does this article make you feel?