GOT7’s JB and Girls’ Day’s Hyeri have such a cute friendship!

JB and fellow GOT7 members Mark guested on the October 6 episode of tvN’s “Amazing Saturday.”

When the other cast members asked if she knew JB personally, Girl’s Day’s Hyeri revealed they not only attended the same university, but are part of the same class year who entered at the same time.

“To tell you the truth, we’re the same age depending on how you see it, but I was born in ‘early’ 1994,” JB commented. “However, the very first time we met, she just spoke to me using informal speech.”

At this, Hyeri expressed, “Me? There’s no way.” 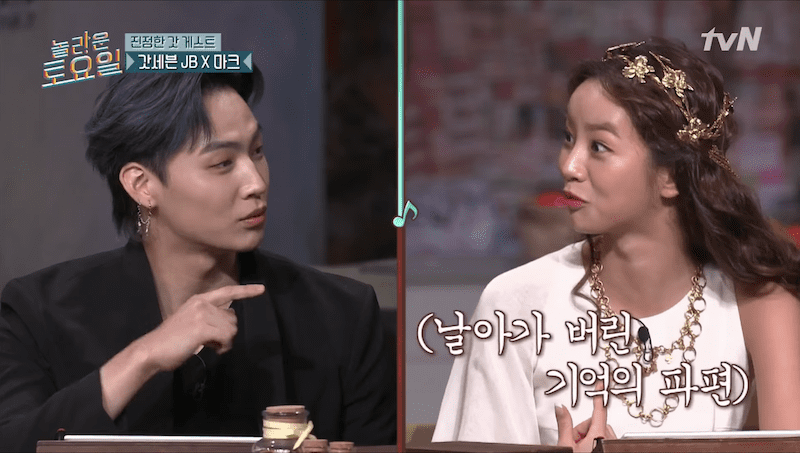 As JB and Hyeri began to bicker about who was right like the friends they are, Shin Dong Yup joked, “She spoke informally to me too when we first met.”

JB added, “I just accepted it. We’ve been friends since.”

GOT7
Girl's Day
Hyeri
JAY B
Amazing Saturday
How does this article make you feel?