The biggest and most-awaited fashion weeks in New York, Milan, London, and Paris just ended, and there was no shortage of Korean entertainment stars who captured the world’s attention with their distinct style!

Check out these 16 celebrities who slayed with their outfits at these events:

Dara was killin’ it during Paris Fashion Week with her bold, edgy looks that are in contrast with her usual bright and colorful streetwear outfits. Her hair and makeup were also quite different, as she tried on vampy and stronger looks to show a more mature, chic side to her style. She wore fresh-off-the-runway outfits from the designers she supported such as Thom Browne, Balmain, Ann Demeulemeester, Haider Ackermann, Rick Owens, and Off-White. 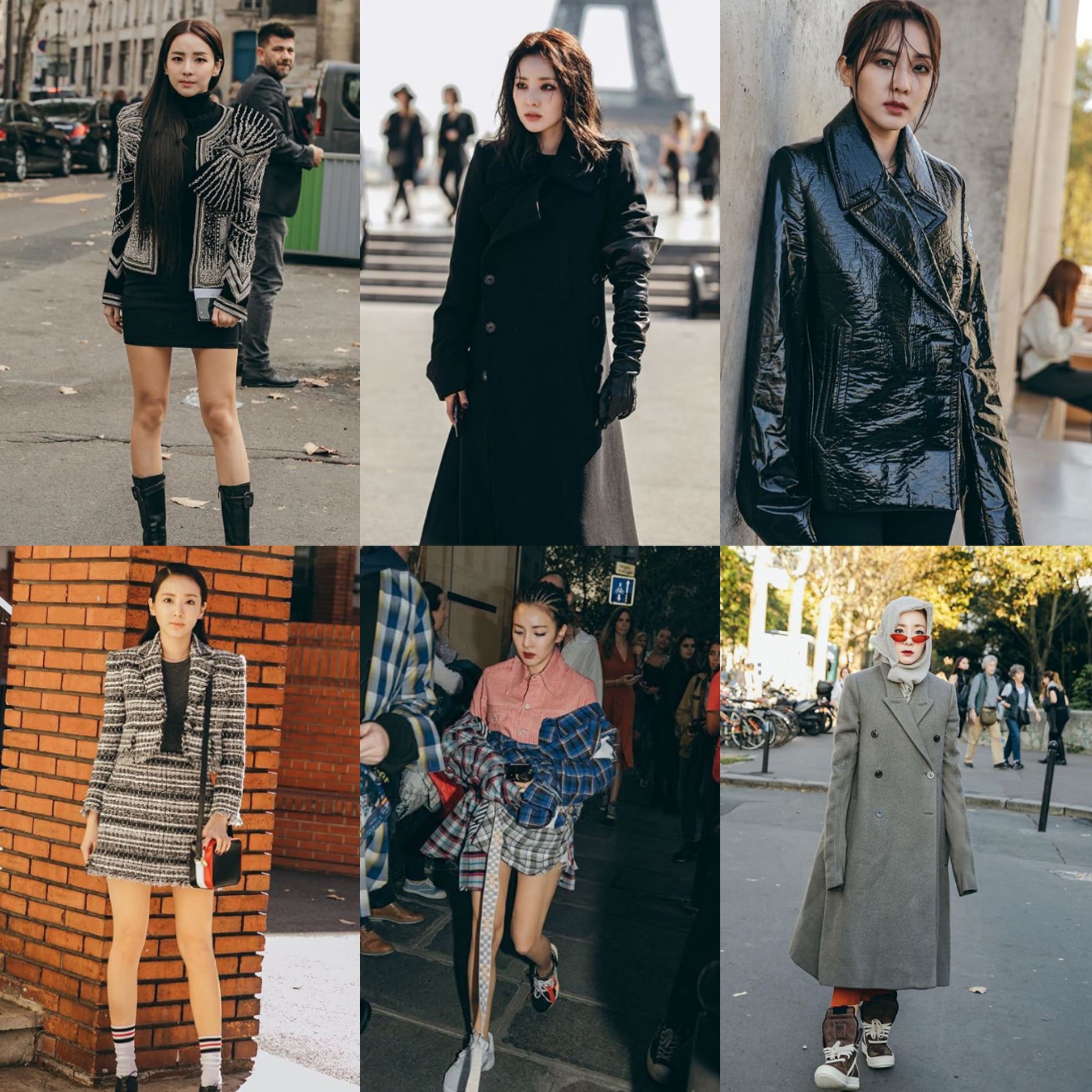 Jessica totally embodied her role as creative director for her brand, Blanc and Eclare, as she mingled and blended in perfectly within the fashion crowd as a constant figure in the front rows. She’s been a fashion week street style favorite for several seasons now, and she often represents Blanc and Eclare by wearing pieces from it and pairing them with other designer brands. As a star who transitioned into the business of fashion and with her status as a global influencer, Jessica was chosen as one of the models for Dolce and Gabbana’s Spring/Summer 2019 runway, where she walked with ’90s supermodels such as Helena Christensen and Eva Herzigova, Italian actress Monica Bellucci, model Ashley Graham, and Lady Kitty Spencer (Princess Diana’s niece), among many other prominent personalities. 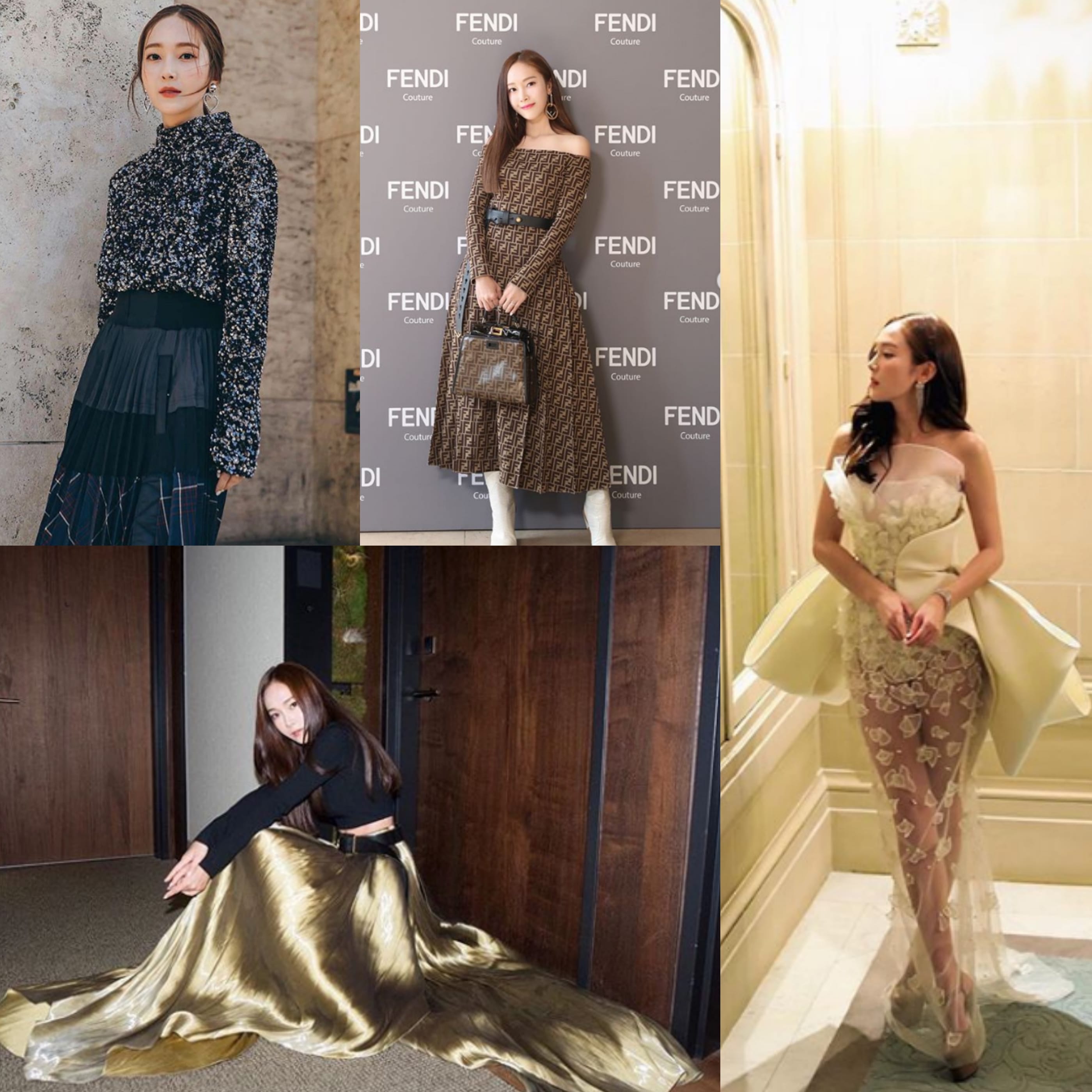 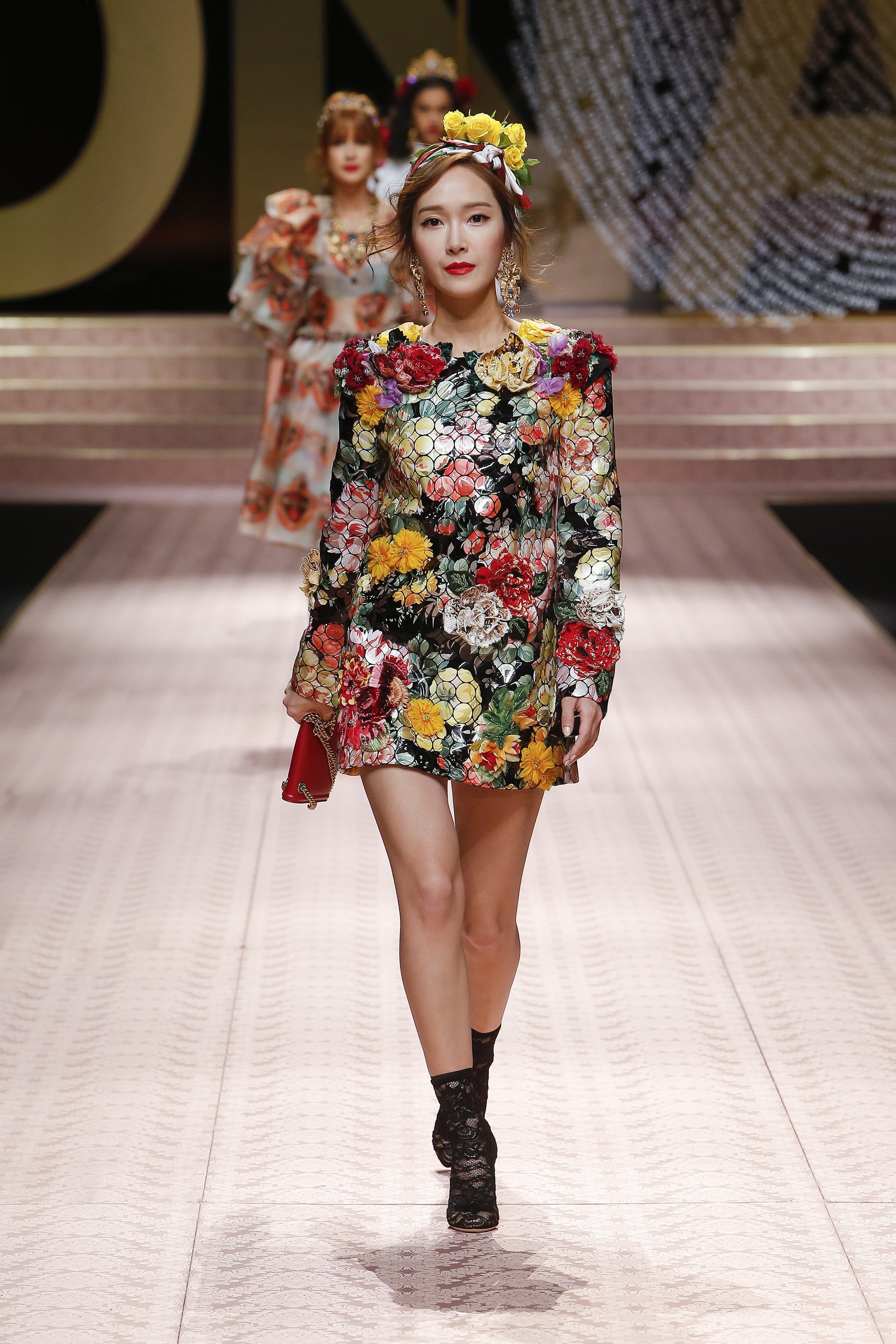 Jessica’s sister also stood out in the crowd with her breathtaking red outfit from Ferragamo. She looked perfect from every angle. 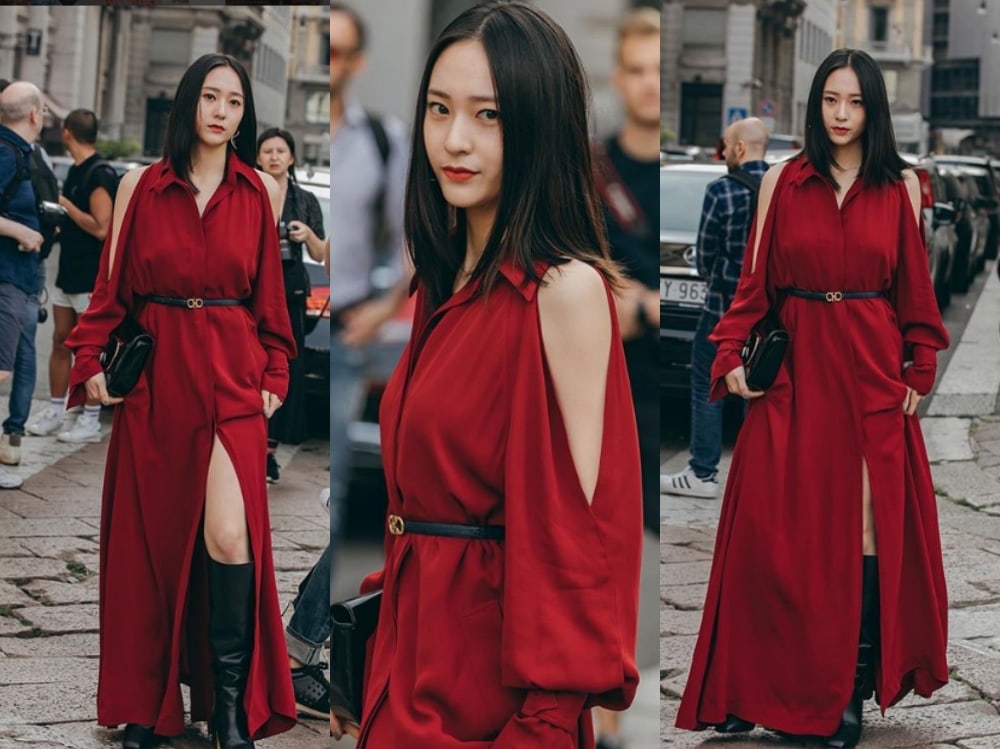 Fashion week would not be complete without a snapshot of model Irene Kim, who is a top model in South Korea and an international influencer. She also happens to be besties with Jessica and they often watch some of the shows together. With her tall height, stunning features, and signature rainbow-colored hair, Irene is able to pull off just about anything. In the photos below she wears Agnona, Jacquemus, Valentino, Chanel, and Sacai.

CL went out to support her friend Hedi Slimane’s first debut as creative director of Celine. Known for her fashion forward and groundbreaking personal style, CL made everyone’s heads turn as fashion and music fans alike were delighted to see her. She was all-game and ready to take photos with fans in Paris. 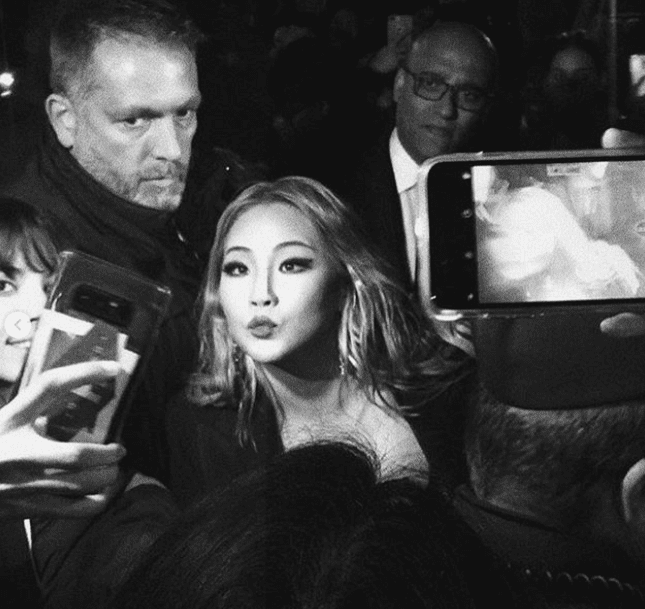 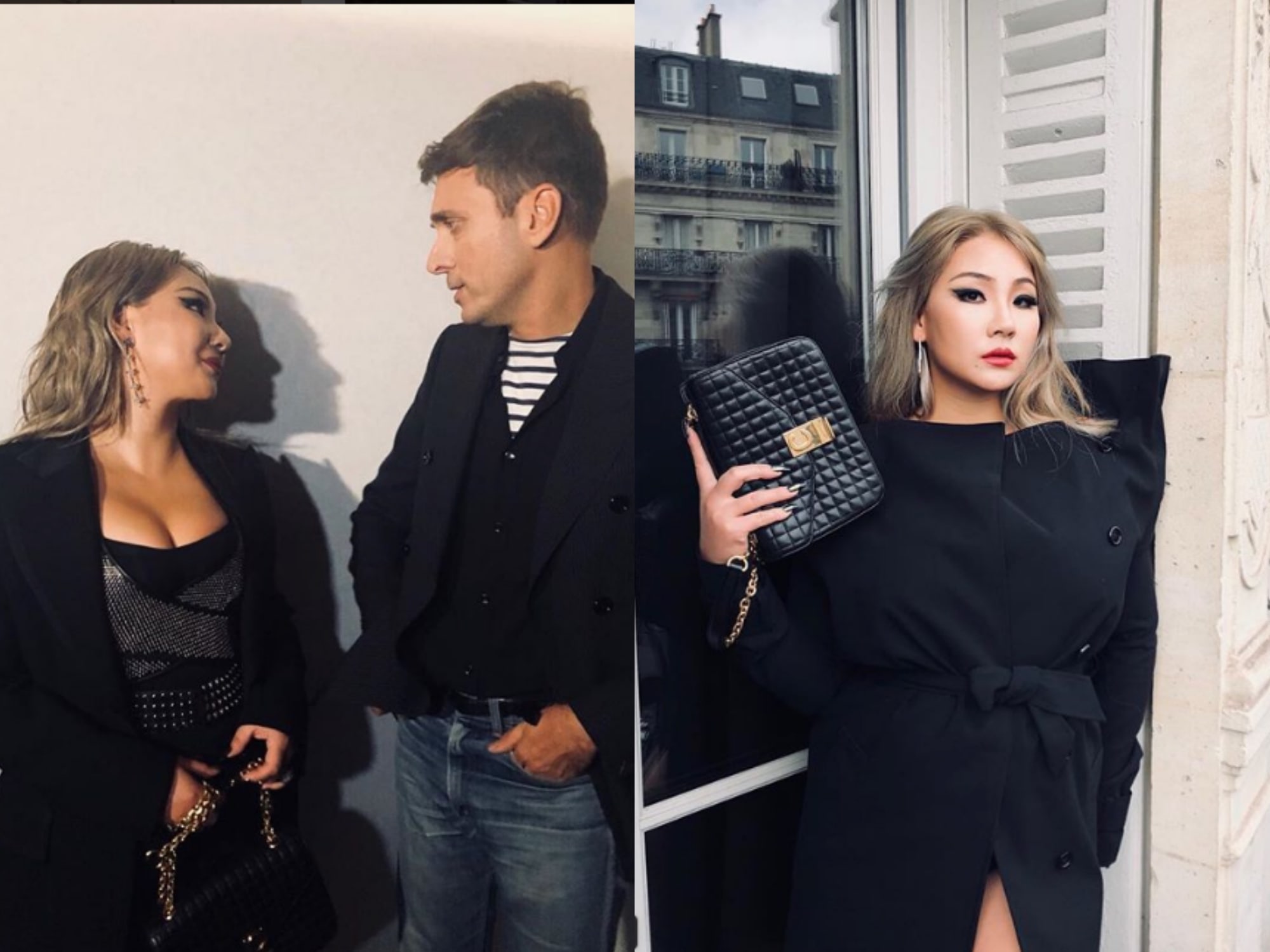 Just like CL and Dara, we can be sure to find YG’s top stars in the front rows because of their great fashion sense and close connection with designers. Jennie was previously chosen as one of Chanel’s new faces for the fragrance line, “Les Eaux De Chanel,“ and she flew Paris to attend Karl Lagerfeld’s awe-inspiring show called “Chanel by the Sea.” Jenny looked sophisticated as she wore a simple matching light blue suit with the brand’s signature all-tweed look. 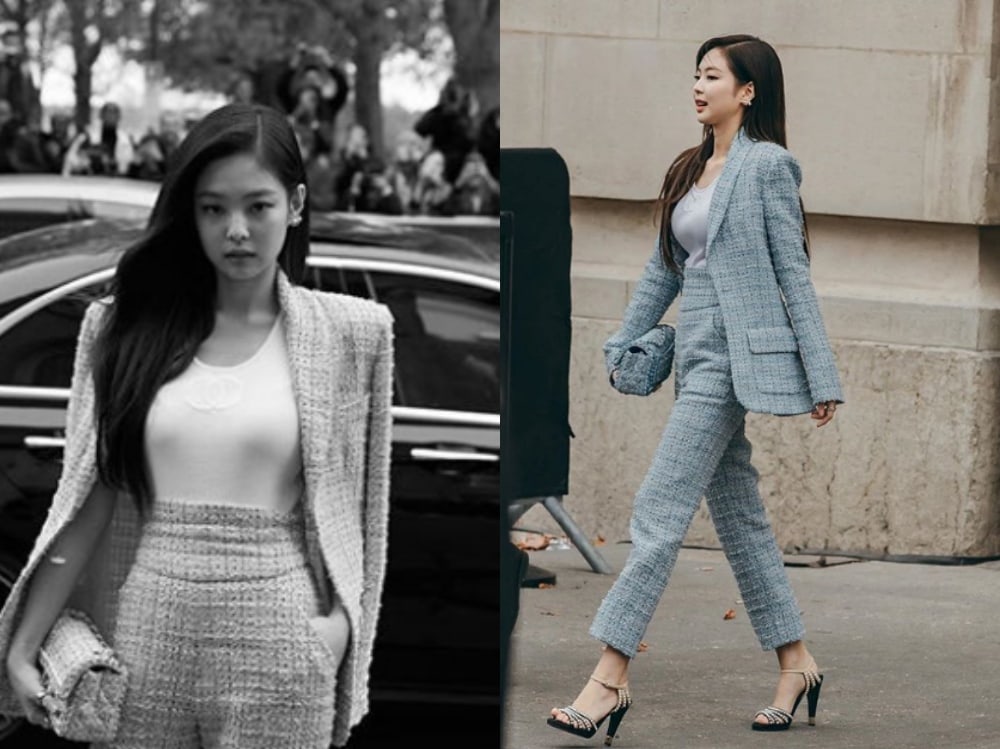 Lisa also became a hot topic because of her bubbly smile and stylish look in a red hot outfit from Michael Kors during NYFW. 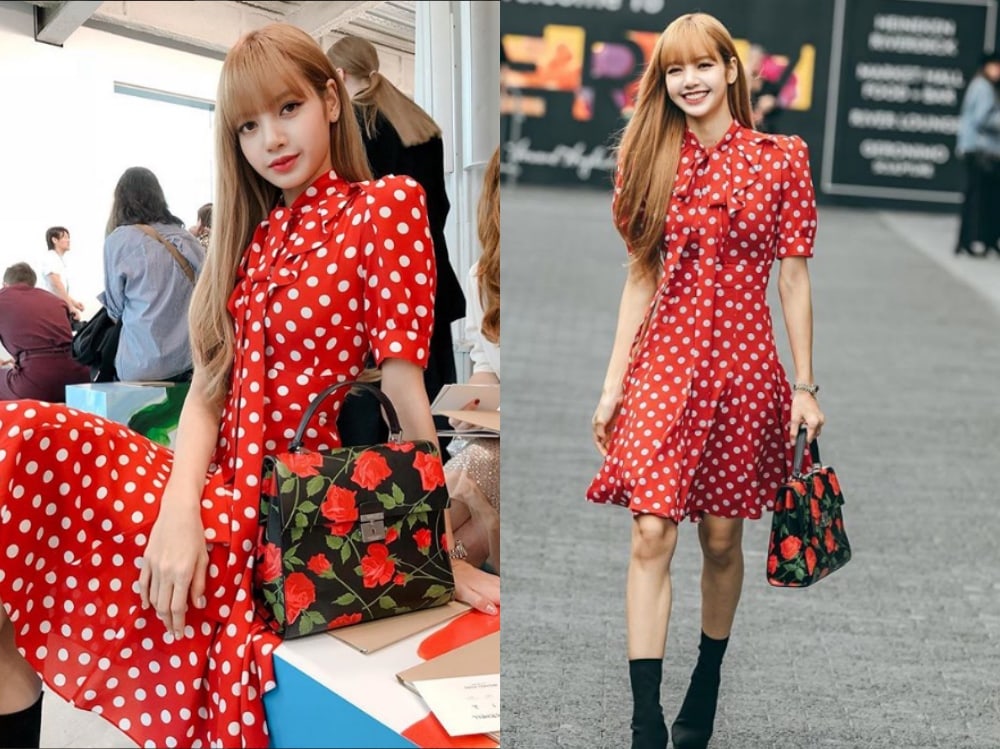 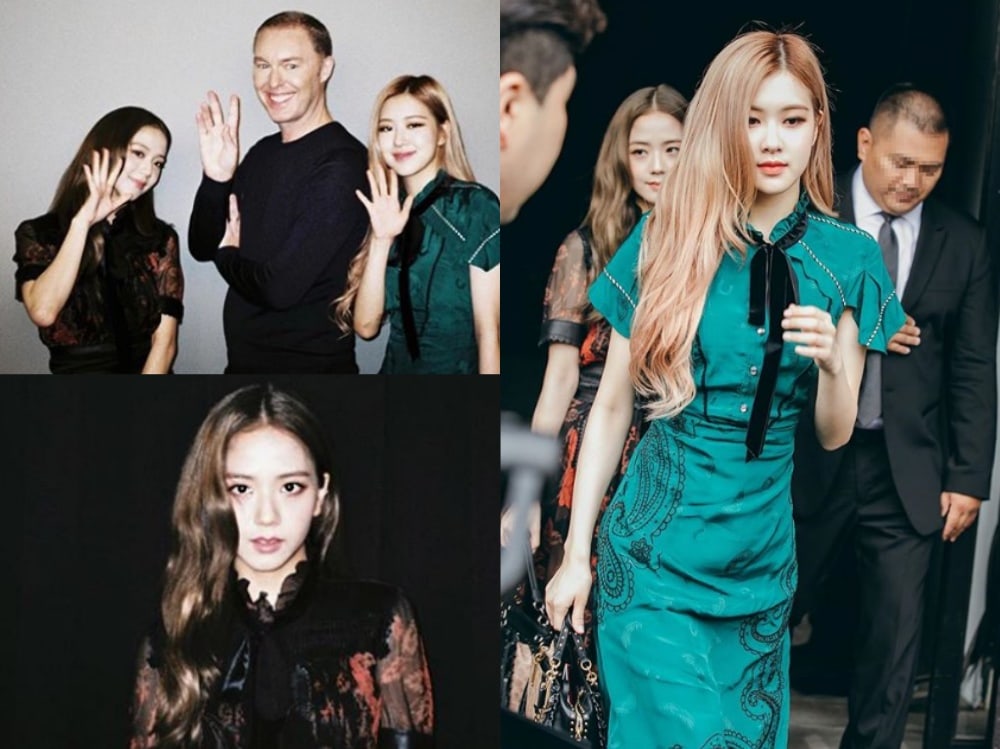 EXO’s Kai is another constant figure at the Gucci shows, not only because he loves to wear it personally, but also because the brand recognizes his amazing style. Every season, he gets invited to be one of South Korea’s representatives, and according to onlookers after the Gucci show ended, several fans flocked toward the exit to wait for and get a glimpse of Kai. 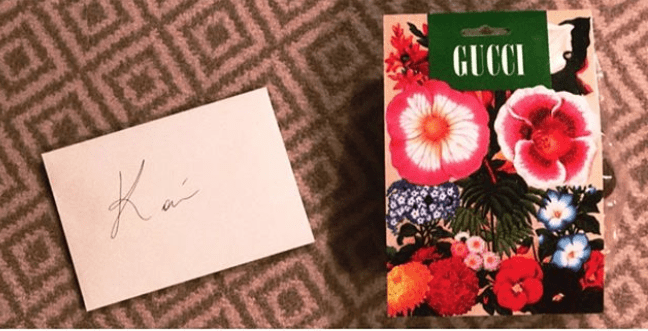 One of the most-watched actresses in romantic comedy dramas is definitely Lee Sung Kyung, and being a former model, she looked like she belonged more on the runway rather than as a guest at the YSL show. She showed off her new dark and straight hairstyle with a chic all-black look. 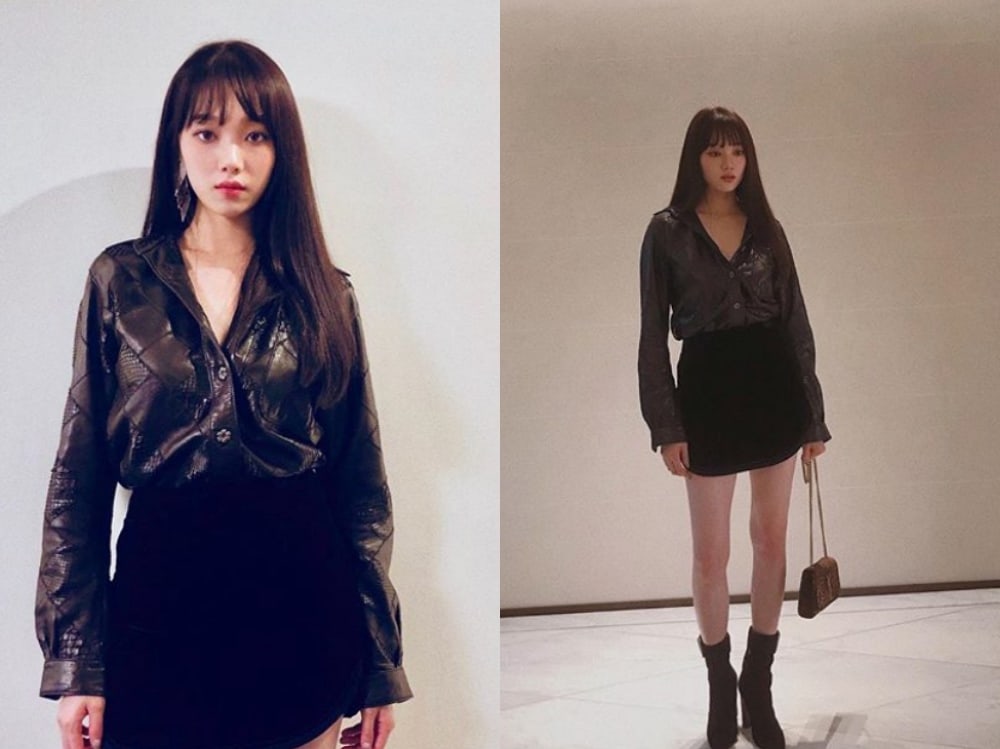 Stylish actress Go Joon Hee was a showstopper at the Fendi show, where she wore a monogrammed trench coat paired with statement earrings and matching bag. Her sleek hair and makeup were perfection. 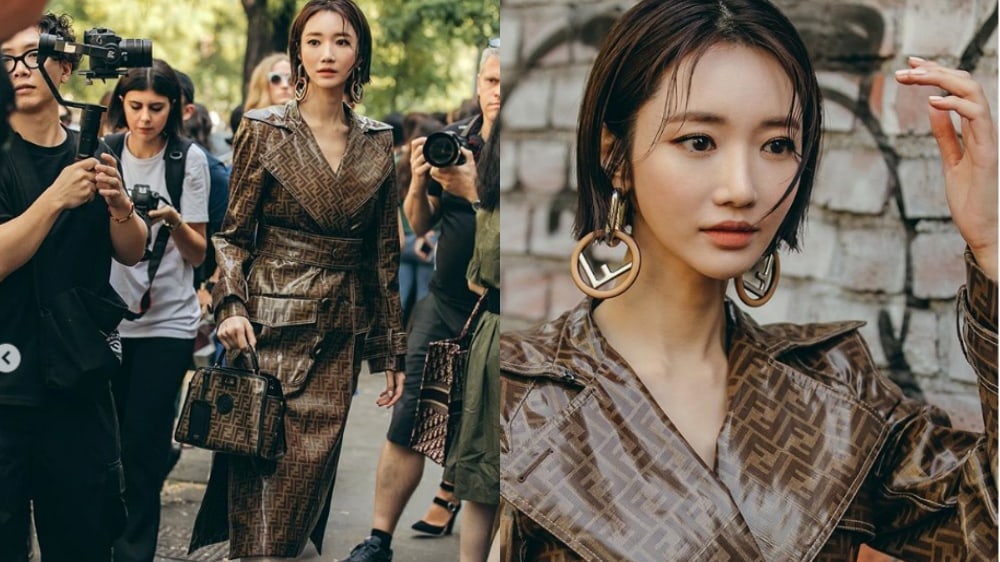 Actress Jung Ryeo Won looked sweet and simple in a black and white houndstooth suit dress clinched at the waist for the Givenchy show in Paris. 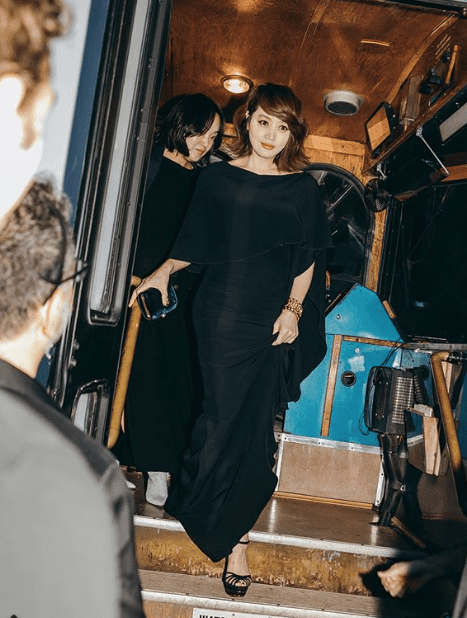 Hey Soompiers, did you spot other K-entertainment stars this international fashion week? Which top street style star is your favorite this season? Tell us in the comments below!

DianneP_Kim is an English magazine and online writer and former stylist based in South Korea. Follow her adventures in Korea on instagram.com/dianne_panda.