October 8, one week after the premiere of SBS’s new drama “Where Stars Land,” which stars Lee Je Hoon and Chae Soo Bin, SBS took viewers behind the scenes.

In the video, Lee Je Hoon easily sends a janitor’s cart flying with the help of some wires. Satisfied with the results, Lee Je Hoon says, “I just love action.” The actor continues to play around and keep the mood bright on set, dancing and smiling for the camera when he’s not interacting with Chae Soo Bin or others between takes. 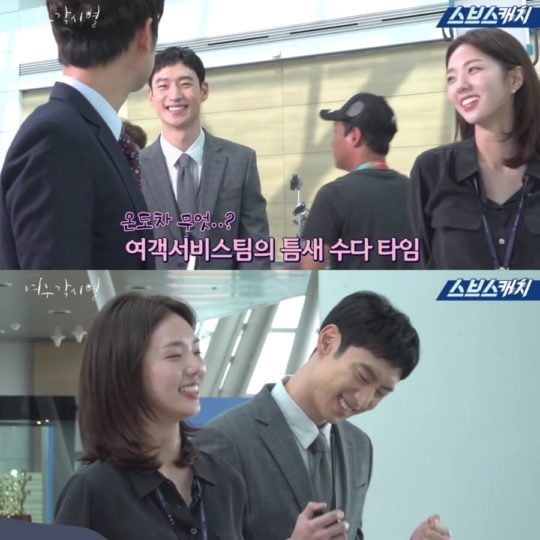 In the following scene, Chae Soo Bin and Lee Je Hoon rehearse for the moment in the drama when Lee Je Hoon catches a falling cup of hot ramen. He reveals to a horrified Chae Soo Bin that he can’t feel pain, which prompts an experimental slap from Chae Soo Bin. Lee Je Hoon belatedly adds that he’s only numb to pain in his right hand.

After filming the first part of the scene with some hot water to capture the steam, the team switches it out for one with cold water. The first attempt goes on the ground, as Lee Je Hoon misses the catch, but the second attempt is a success, and the actors proceed with the scene. They go for a second take, but Chae Soo Bin cracks a smile after slapping Lee Je Hoon and turns to apologize, making Lee Je Hoon and the staff break out in laughter. 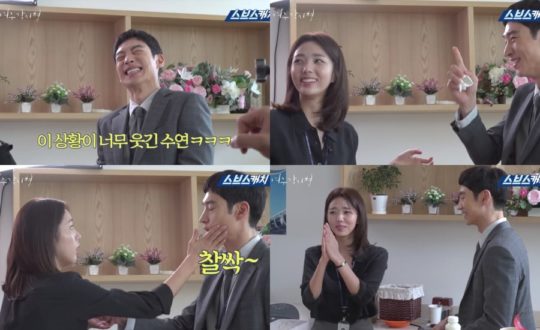 “Where Stars Land” airs on Mondays and Tuesdays. Catch up with the premiere episodes below!