Super Junior celebrated their return with fans at a showcase in Macau!

The group made a comeback on October 8 with their mini album “One More Time” and performed their new title track of the same name for the first time during their showcase at MGM COTAI, the largest luxury hotel in Macau.

The guys talked about what they’ve been up to lately during the show, and Ryeowook was asked to share his thoughts on getting to spend time with fans again after recently being discharged from the army.

“First, it’s great to be able to perform again with my Super Junior members, and it’s great to meet with you all again after really missing you for two years,” he said. “I really missed all of our fans, not just the ones who’ve come to the showcase today but also the ones who are watching the broadcast right now. It’s really an honor to be able to promote together with ‘One More Time.'”

When asked which member he missed the most, Ryeowook replied, “To be honest, I saw the members now and then because they came to visit me often. So honestly, I miss Kyuhyun the most right now.” Kyuhyun is currently fulfilling his mandatory military service, and will be discharged next year. 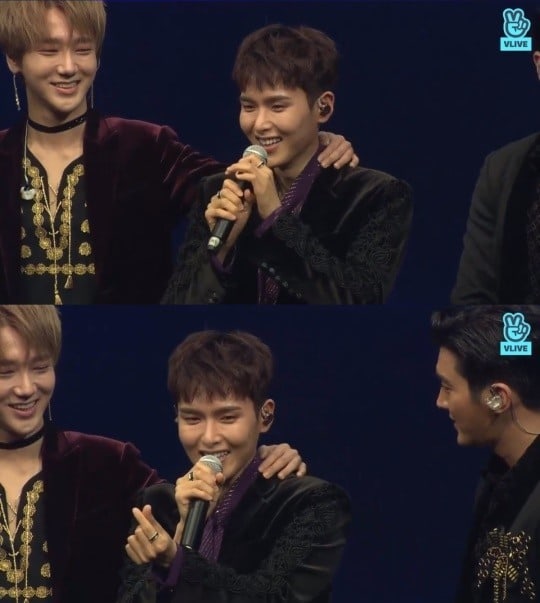 Leeteuk introduced their comeback concept by describing it as “sexy,” and promised that the members’ sexy charming qualities come across in the album. Eunhyuk then used his jacket to do a sexy dance, and when fans requested it, Donghae and Ryeowook also performed their own sexy dances.

When asked about collaborating with the popular band Reik, Leeteuk said, “It was truly an honor and we’re happy to collaborate with Reik. As the masters of latin pop that they are, they lit up our song even more. You should look forward to it.”

After performing “One More Time” for the first time ever, Shindong said in his final comments, “I want to do a Super Junior concert in Macau too. Please look forward to the day that we do a ‘Super Show’ here in Macau. Let’s see each other again then.”

Eunhyuk commented, “Super Junior is going to continue to take on new challenges in music, so please keep supporting us. You were all really sexy today.” 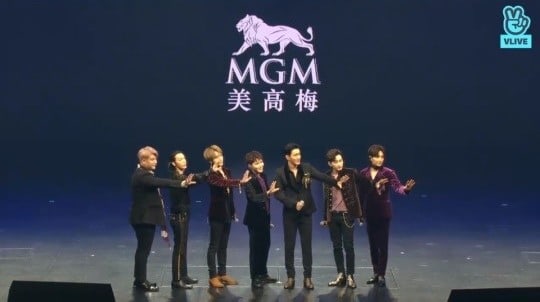