“A Pledge to God” (also known as “Promise to God”) recently held its first script reading.

The upcoming MBC drama is about two married couples who choose to throw away all ethics and morals to save their dying children. The cast members, chief producer Kim Seung Mo, producing director Yoon Jae Moon, and writer Hong Young Hee attended the script reading.

Writer Hong Young Hee stated, “I’m even more excited after meeting the actors in person. I will do my best to write so that all the actors will shine even more.” Chief producer Kim Seung Mo said, “I think this will be a drama where I’ll be proud to see the acting.”

The script reading then began with the actors working with each other for the first time. Han Chae Young, who will be making her drama comeback in four years, impressed with her heartbreaking portrayal of motherly love as Seo Ji Young. Oh Yoon Ah hinted upcoming tension with Han Chae Young’s character as the coldly intelligent yet fiercely passionate Woo Na Kyung.

Veteran actors such as Park Geun Hyung and Kang Bu Ja expressed their smooth charisma and masterful control in acting as a married couple. Park Geun Hyung in particular continued to read stage directions throughout the script reading and helpfully offered acting advice to his juniors afterwards. He commented, “I hope that everyone will work together to create a good drama,” while Kang Bu Ja remarked, “I hope it becomes a warm drama. I also hope that the make-up room will be fun,” making everyone laugh. 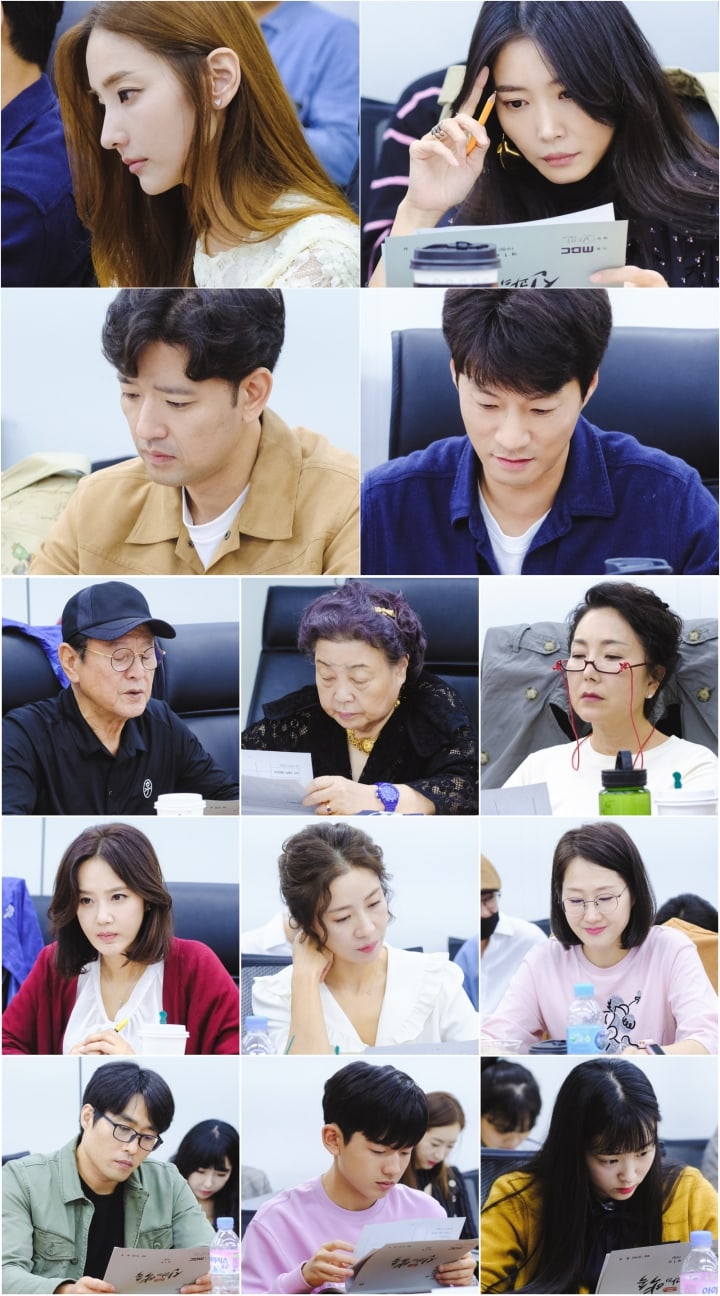 To conclude, producing director Yoo Jae Moon stated, “What I really want to show through the drama ‘A Pledge to God’ is motherly and fatherly love. I hope that this will show the importance of family through the two couples’ fatherly and motherly love.”