Lee Min Ki and Seo Hyun Jin’s relationship is taking a romantic turn in “The Beauty Inside.”

“The Beauty Inside” is a romance about an actress who lives with someone else’s face one week every month and a wealthy CEO of an airline who has the inability to differentiate between people’s faces.

In the released photos, the two go on a romantic date. They take on more physical affection with each other and end up in an empty movie theater. Seo Hyun Jin is sound asleep on Lee Min Ki’s shoulder as he cannot keep his eyes off her. 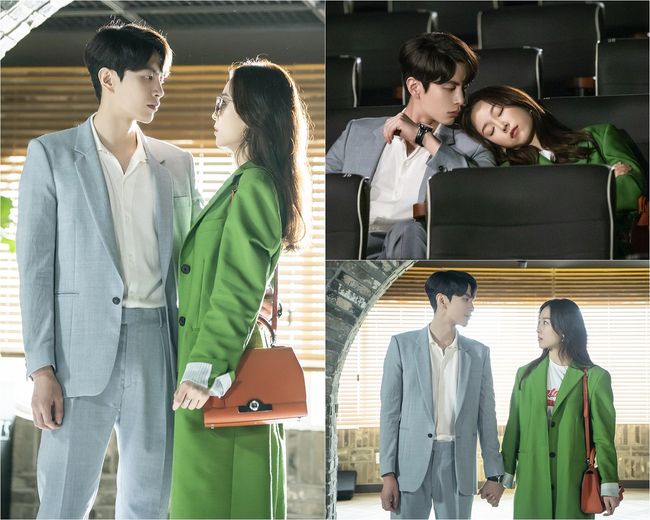 Previously, Han Se Gae (played by Seo Hyun Jin) and Seo Do Jae’s (played by Lee Min Ki) relationship progressed from business to personal as they found out about each other’s secrets. The two related to each other as they both had secrets they couldn’t share to others, experiencing anxiousness and loneliness. Though they lashed out at each other, Han Se Gae came to Seo Do Jae’s rescue when he was flustered by one of his guests changing clothes. Afterwards, he boldly proposed to Han Se Gae, “Let’s sleep together.”

“The Beauty Inside” airs every Monday and Tuesday at 9:30 p.m. KST.