NCT 127 Shares Excitement About U.S. Promotions, Appreciation For Their Fans, And More On “Good Day LA”

NCT 127 sat down for an interview on the morning show “Good Day LA”!

The NCT unit is currently in the United States as part of their promotions for their new track “Regular.” While appearing on the October 9 episode of “Good Day LA,” they were asked about how they feel about being named as Apple Music’s “Up Next” artist for October, and Johnny said that it’s an honor. “It’s a great opportunity for us to share our music and our lifestyle, and we’re very excited for that,” he said.

NCT 127 made their U.S. television performance debut on the October 8 episode of “Jimmy Kimmel Live!” When asked what it was like, Johnny said, “We heard there were people waiting for us from the day before, sleeping outside. To finally see them was so exciting, we were just so thankful.” He also shared how surprised they were that fans were doing such a great job of singing to their songs, even the ones with lyrics that are mostly in Korean. 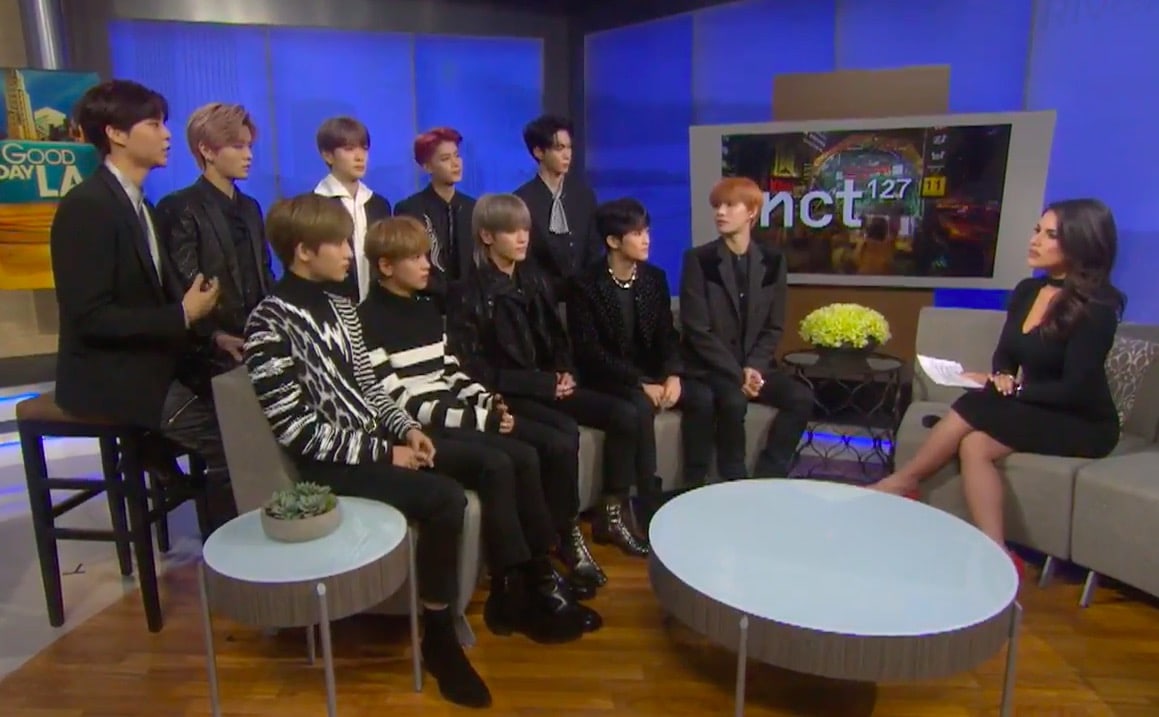 The group showed their talents with a medley of their tracks, and did a fun choreography lesson. When asked about the craziest thing that a fan has done for them, Mark shared a story about a memorable birthday project that fans had organized.

“I had a line in one of my raps about a bus that I had to take in Vancouver as a kid, and they took that same line and they actually posted it on the same bus that I mentioned in the song, in Vancouver,” he shared. “It was beautiful.”

Check out part of NCT 127’s interview on “Good Day LA” below!

NCT 127 will be also be attending the red carpet event for the 2018 American Music Awards on October 9! Their official comeback with their first full album “Regular-Irregular” is set for October 12.

NCT 127
Good Day LA
How does this article make you feel?