BTS has released a poster for their upcoming documentary film “Burn the Stage: The Movie”!

In the poster, the group displays their gratitude towards fans. Following one of their earth-shattering performances, the members bow down and warmly greet the audience. The poster is even more meaningful as includes both the members and fans as they began new journeys together after each performance. 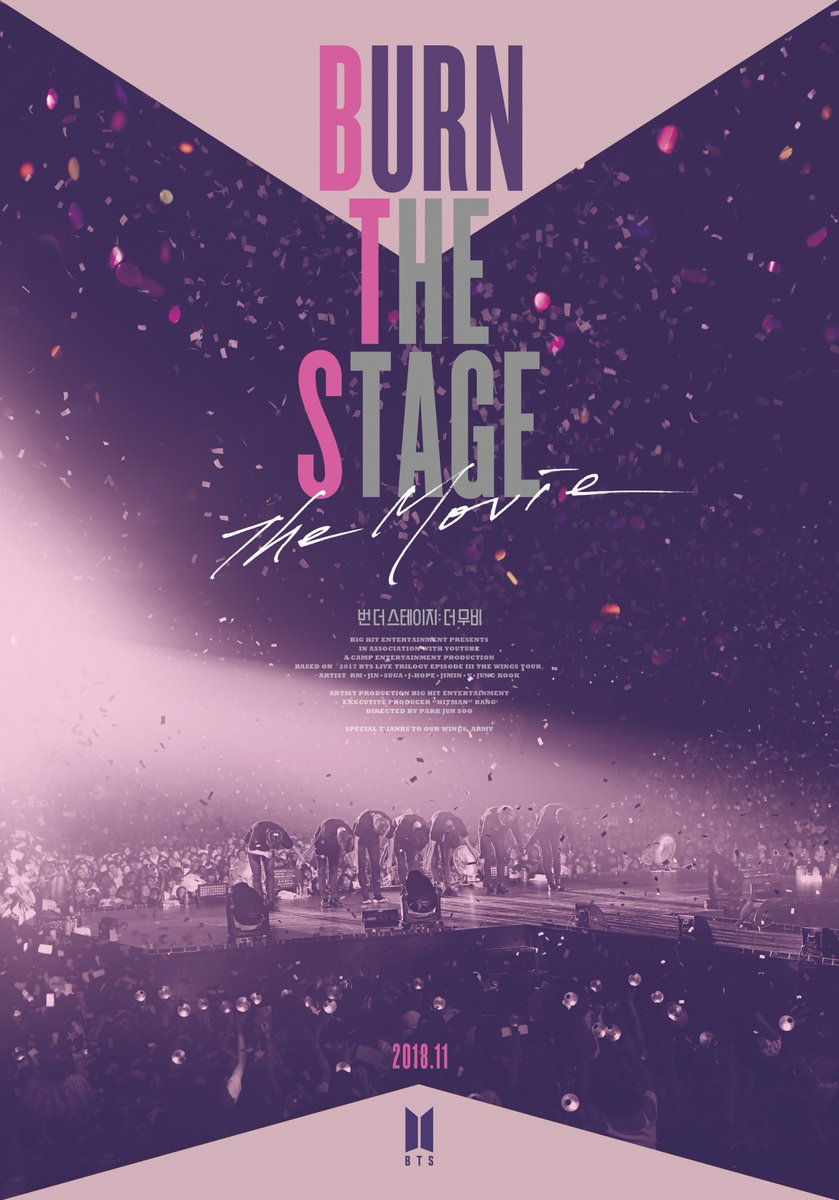 Ticketing information for the film will be released in the future.

BTS will be meeting their fans through the big screen!

On October 10, Sports DongA reported that the story of BTS will be released as a new documentary-style film titled “Burn the Stage: The Movie.”

In March, BTS released the documentary original series “Burn the Stage” on YouTube Red, where they gave fans a behind-the-scenes look at their lives during the “2017 BTS Live Trilogy Episode III: The Wings Tour.” The upcoming film will be an hour and 25 minutes long and will consist of new and re-edited footage.

It will document the members’ growth through their concerns and efforts on and off-stage.

“Burn the Stage: The Movie” will be released on November 15 exclusively through the multiplex movie theater chain CGV. The release of the film overseas in countries such as the United States and Australia is also in the works.

Check out the first episode of “BTS: Burn the Stage” here!