Girls’ Generation’s Sunny was just as surprised as some when she learned about this show.

The idol is one of the mentors on SBS Plus’ “Supermodel 2018 Survival,” which premiered on October 10. The show aims to find models who are “model-tainers” and can do more than just modeling. Contestants will be judged not only for their modeling, but also singing, acting, dancing, and other areas.

Sunny is an “entertainment” mentor, and will help the contestants with the other aspects of the industry outside of modeling.

During the broadcast, the idol revealed, “I heard that [this program] is for selecting supermodels, but I was unexpectedly approached with an offer to appear.” Because I’m the shortest in Girls’ Generation, I thought, ‘Why me all of a sudden?’ I was confused why I was the one cast.” 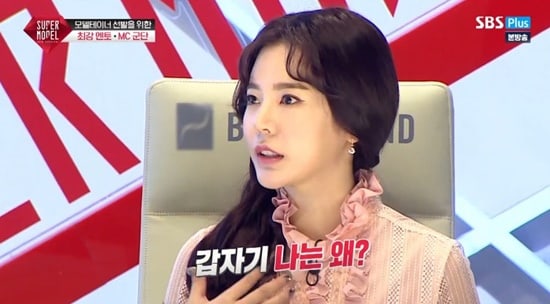 As for what she thinks she will bring to the table, Sunny shared, “Because I started out as a singer, I know the world of performing. These are people who will grow as entertainers. People who perform for others, people who stand on stage, and people who appear on television can seem less charming when they are self-conscious and unconfident. I think I can help them a lot in this aspect.”

Girls' Generation
Sunny
XPN
Supermodel 2018 Survival
How does this article make you feel?