On October 11, Weki Meki held a showcase in Seoul for their first single album “Kiss, Kicks” and talked about the “killing” point of their title track “Crush,” the choreography, and plans for overseas promotions.

During the event, Choi Yoojung talked about how she participated in the rap-making of the title track. She stated, “I’m the type to try hard to write various lyrics. I think I was able to do fine since [the lyrics] just seemed to write themselves. I was thankful that I was able to write the rap parts for this album.” 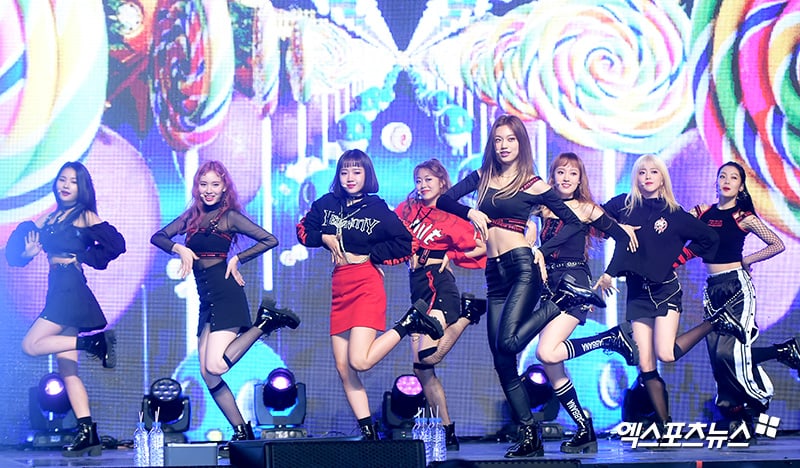 Yoojung then talked about the title track’s choreography, saying, “For the last album, there was a part that made taking in the choreography complicated. This time, however, it’s become a little easier. I think the choreography is one that many people will be able to easily follow and understand.”

Later, the group brought up the topic of overseas promotions. Suyeon, the leader, stated, “During our first and second mini album, we promoted in Japan and other places. We have plans to [promote overseas] this time as well. We will work hard to show our performances in any place.”

Doyeon then added a message to international fans in English and said, “I want to meet everyone soon. I love you.”

Yoojung explained that each member had a foreign language they were in charge of, and that they were all currently studying different languages.

Weki Meki will be making their comeback today, on October 11 at 6 p.m. KST.

Weki Meki
XPN
How does this article make you feel?