On the October 11 broadcast of tvN’s “Mom, I’m Home,” Hong Suk Chun returned home to live with his parents.

In an interview during the show, Hong Suk Chun’s mother relayed the story about how she was pressured and not treated well by her in-laws for being unable to have a son, and that when when she finally had Hong Suk Chun — her fourth child after three daughters — when she was 36, her status in the family rose.

So it was even more of a shock when Hong Suk Chun first revealed his sexuality to his parents. Thinking back with his family about when he came out as gay 18 years ago, Hong Suk Chun said, “That was the hardest time of my life: the four years after I came out.”

But Hong Suk Chun thought otherwise, talking about how she took care of him even though she didn’t understand: “After I came out, you stayed with me for a week. For the first time [after I moved out], you lived with me for a week.” From the studio, he explained that she stayed with him to make sure he was okay and that he wasn’t going to make any extreme decisions.

He told his mother that at the time, he asked her why she wasn’t leaving to go home, and she said to him, “The only thing I can do for you is make you food.”

“That made me sad,” said Hong Suk Chun. “You said you were afraid I wouldn’t eat because I was upset.” His dad said, “I kidnapped you from the airport. [After the news came out], there were reporters everywhere, so I got you in a taxi and brought you home.” 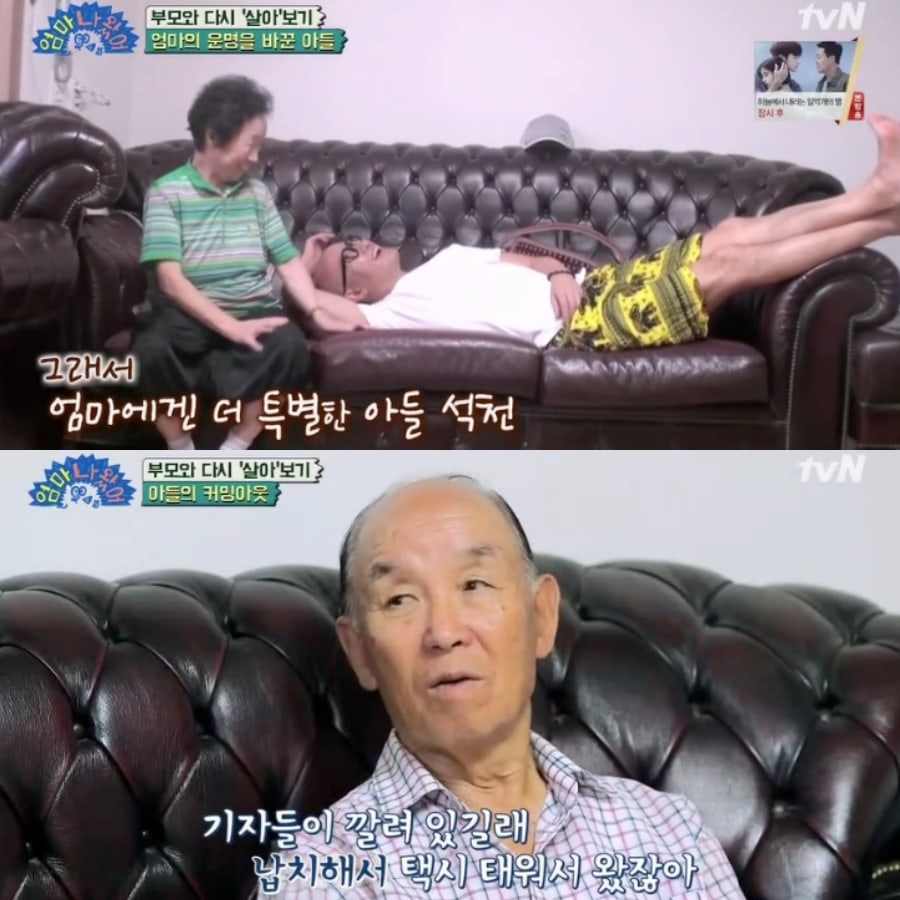 Hong Suk Chun said that at first, his mother just didn’t understand when he told her that he likes men. “When I told her, she said, ‘That’s friendship. What’s wrong with that?’ From a mother’s point of view, she might not ever really let go of the hope that I will get married [to a woman]. I was the son that she [finally had after three daughters], and she might think that the family line is ending. But now, she’s become much more understanding of me.” 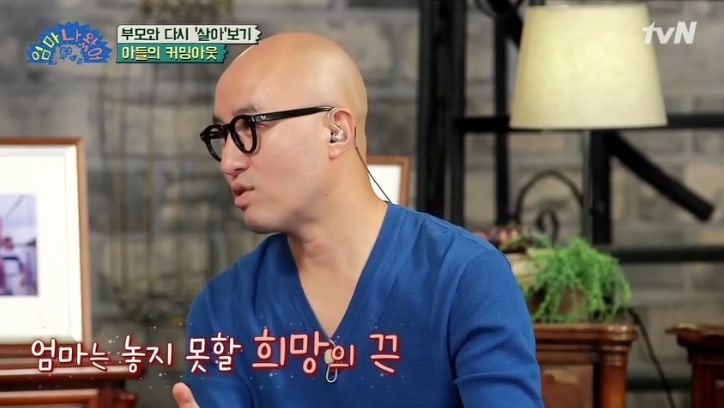