Joo Ji Hoon recently sat down for an interview, where he talked about why he decided to appear in “Dark Figure of Crime,” immersing into his role, and more.

“Dark Figure of Crime” is about an imprisoned murderer who confesses to seven additional murders while in jail, and a detective who works to figure out whether or not he is telling the truth. Joo Ji Hoon plays the role of the murderer Tae Oh, who commits heinous crimes with no conscience, and uses them to his advantage.

On his initial impressions of the film, Joo Ji Hoon shared, “I felt pressured. The script was fun, but I felt like I was lacking, and that it would be a waste if audiences ignored the film. I was thinking over the offer, but then I heard Kim Yun Seok got casted and felt good. I wanted to work with him, and because he is reliable, I thought everything would turn out alright.”

He continued, “When I saw the script, I thought that I definitely had to do this. But just reading it and reading it with a goal in mind is different. When I lightheartedly read it, I wasn’t pressured and it read well. Just from reading it, I thought that it would be different based on how it was filmed. It was a character where whichever way you took it, it would work. I met the director and discussed it.” 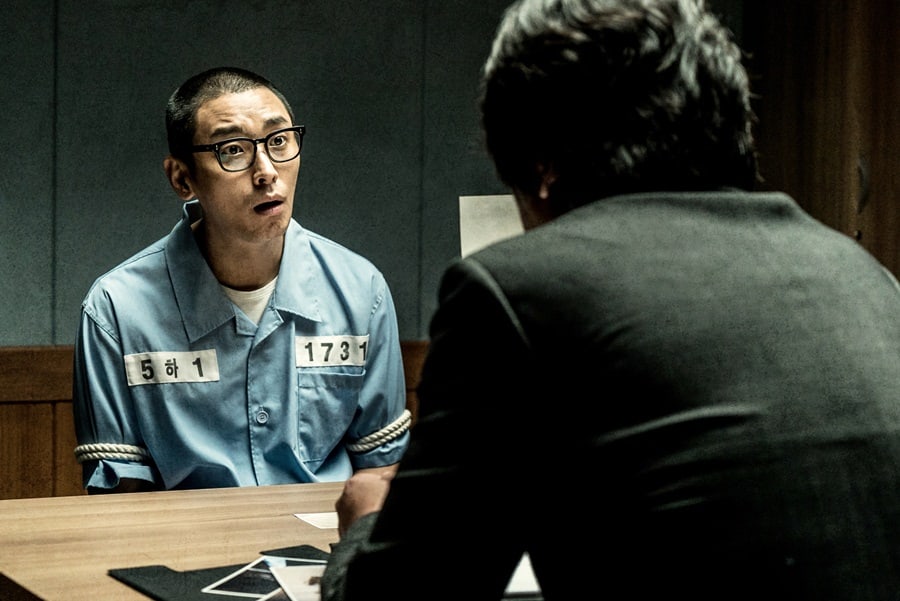 Joo Ji Hoon then talked about how he approached his emotionless character. He remarked, “Because it’s impossible [for him to have emotions], I thought of it in a simple way. For other roles, I try to at least imagine it. But chopping a person into pieces is something I can even come close to experiencing. It’s a very cruel and sad story, but these kinds of cases occur every day, not only in Korea but all around the world. I just simply thought, ‘There are guys like this,’ since it really happens every day. [The character] doesn’t have a strategy or goals to carry out his revenge like other murderers.”

The actor compared the film to other criminal films, and noted, “I think they’re different based on the film’s purpose. For some films, more direct scenes can be effective. For our film, the decision was made to not add in those kinds of scenes. It was expressed in a way that fit our purpose well. There aren’t any direct portrayals, so I think the message we wanted to send was conveyed well.”

Joo Ji Hoon
Dark Figure of Crime
How does this article make you feel?