Brown Eyed Girls’ Narsha talked honestly about what changed since her marriage, plans for children, the group’s comeback, and more.

Narsha recently took part in a photo shoot with bnt, where she posed in a variety of colorful outfits, ranging from simple denim, to button down dresses, and even a bright red bodysuit. 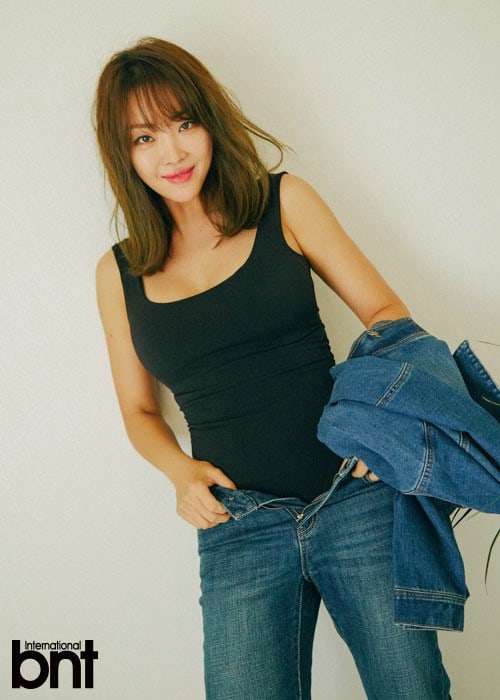 She first talked about her marriage and how after she got married, she often heard that she had gotten more calm. She remarked, “I became more stable and mature. I haven’t fought with my husband yet. He’s a very rational person, so when there’s a problem, he apologizes first and the situation gets settled quickly.” She added, “He’s sexy when he’s working. We’re the same age, but when I see that he’s a mature husband, he seems older and reliable.”

When asked about plans for children, Narsha answered, “We don’t have any yet. I want to be devoted to our married life.” On her husband’s family, she commented, “It’s still difficult and awkward, but I want to see them often to become closer quicker.” She then explained that she had once spent two hours doing make-up before meeting her mother-in-law because her mother-in-law liked it when she came dressed up. 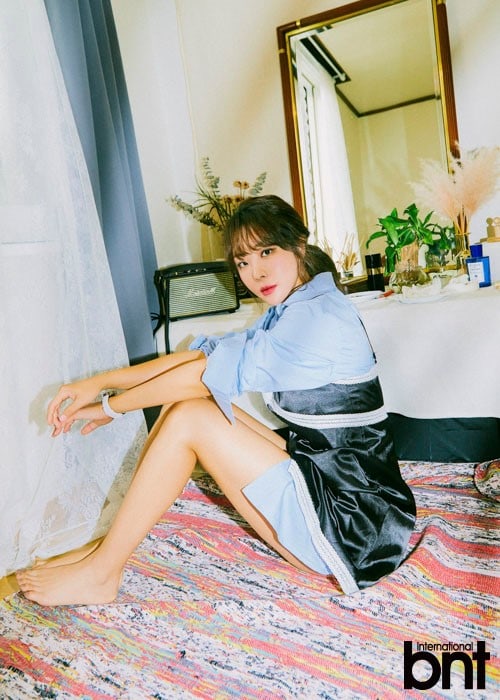 Known for enjoying drinking, she commented, “I don’t really know my tolerance.” She continued, “After getting married, my tolerance got lower. Compared to before, when I enjoyed drinking with people, I now find talking and hanging out with my husband at home more fun.” 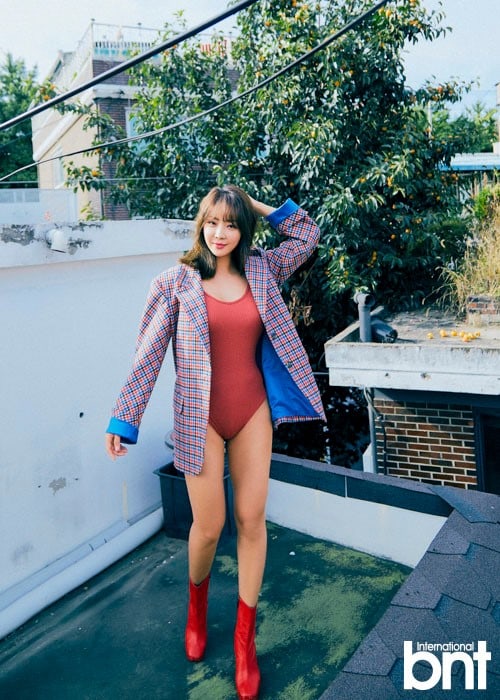 Narsha then talked about Brown Eyed Girls, and once again confirmed that the group was on hiatus and hadn’t disbanded. She shared, “Our [group] promotions have been delayed because the members’ individual activities have increased and everyone is busy. We’re currently in discussions for our comeback. I think there will be good news soon.”

She concluded the interview by sharing her end goals, and said, “I want to remain someone who is healthy in both body and mind.”

bnt
Brown Eyed Girls
Narsha
How does this article make you feel?