“Hide and Seek,” which achieved its personal best in viewership ratings last week, has released its newest stills of Uhm Hyun Kyung and Lee Yoo Ri.

In the drama, Uhm Hyun Kyung and Lee Yoo Ri became close friends after drinking together. But after learning that her fiancée Song Chang Eui had feelings for Lee Yoo Ri, their friendship quickly went south.

Armed with knowledge of each other’s weaknesses, the two female characters are busy dissing each other whenever they meet and it has become a part of the drama that viewers are making sure to tune into.

In the stills, Uhm Hyun Kyung and Lee Yoo Ri look tense while glaring at each other. Lee Yoo Ri also steals a glance at Uhm Hyun Kyung behind a tree before appearing afraid at the thought that someone may have spotted her. On the other hand, Uhm Hyun Kyung stares at her coldly and making viewers wonder what secrets they’re hiding. 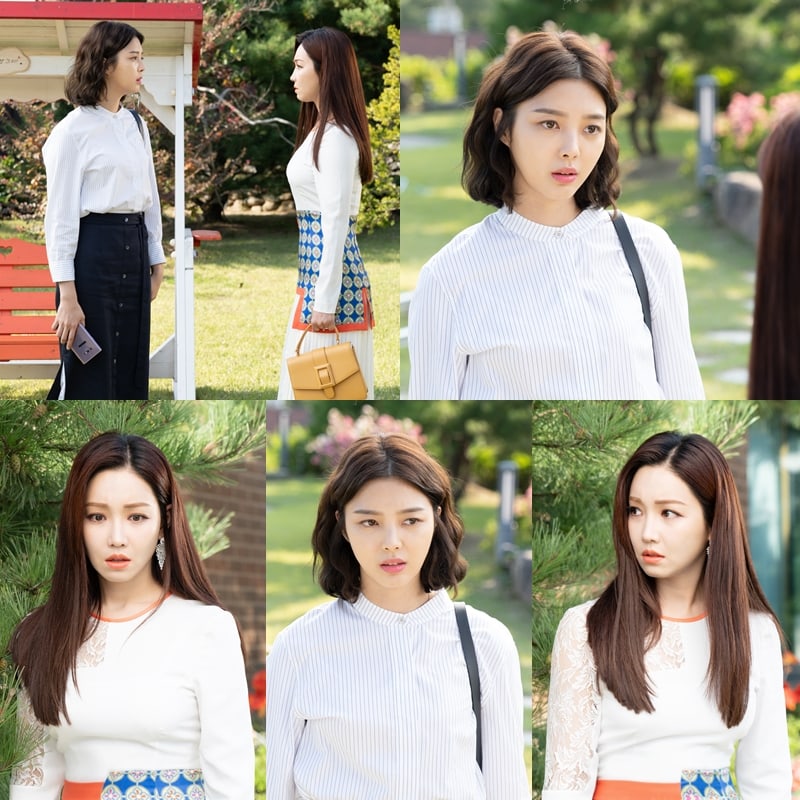 “Hide and Seek” is about the heiress to Korea’s top cosmetics company and another woman who has been living her life for her, and the greed, secrets, and fate between them.

“Hide and Seek” airs on Saturdays at 8:45 p.m. KST. Check out the latest episode below!

Hide and Seek
uhm hyun kyung
Lee Yoo Ri
How does this article make you feel?