On the October 12 broadcast of KBS2’s “Entertainment Weekly,” Lee Seo Jin joined the show for a guerrilla date.

During the interview, the actor talked about his upcoming movie “Intimate Strangers” (literal translation).

“Intimate Strangers” is a remake of the 2016 Italian film “Perfect Strangers.” The story revolves around friends playing a game where they must share all incoming messages and calls on their cell phones. Though it starts off lightly, uncomfortable hidden truths start to surface, making them start to feel more like strangers. The lead cast includes Yoo Hae Jin, Jo Jin Woong, Yum Jung Ah, Yoon Kyung Ho, Kim Ji Soo, and Song Ha Yoon.

When asked if the cast ate dinner together frequently on set, he replied, “[We ate] every day.” Then he explained, “Since the story happens in a single night, the same food came out every day. So at first, we enjoyed it, but later, we didn’t even touch it.”

Lee Seo Jin continued, “I wanted to eat something special for dinner. We filmed in Gwangju. I looked for famous restaurants in the area every day. There’s a really good soondae [Korean blood sausage] rice soup place in front of the station.” 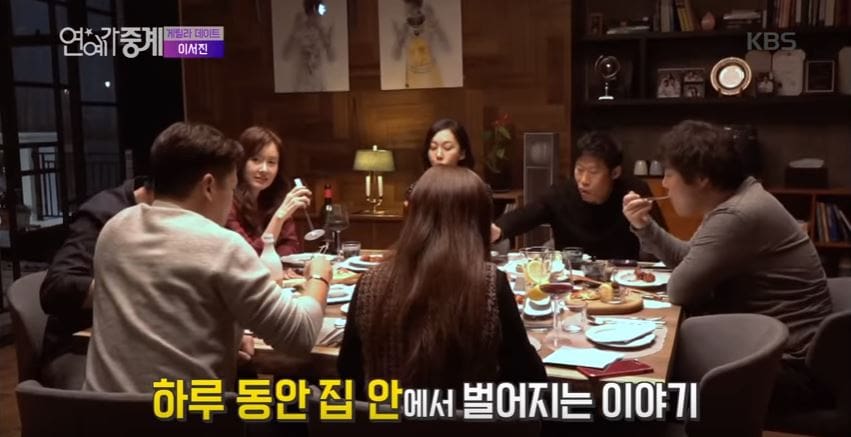 The host commented it’s been a while since the actor took part in a film besides cameo appearances. Lee Seo Jin explained that his last movie had been with Shin Hyun Joon in “Shadowless Sword” (literal translation) back in 2005. The host added Shin Hyun Joon hasn’t been appearing in movies lately either, and Lee Seo Jin joked, “I think it was the end for both Hyun Joon and me back then. I returned because of personal connections.”

It was pointed out that Lee Seo Jin had promised to reveal the contents of his cell phone if more than ten million viewers watched the movie. When the host asked if he thought his goal was unrealistic, and Lee Seo Jin said, “It means I’m not going to reveal it. I can’t reveal my phone thoughtlessly.”

Lee Seo Jin also talked about taking care of his health. He shared, “I drink fruit and vegetable juice and take about 10 kinds of supplements. There are many times I don’t feel well, so in the late afternoon, I go to the hospital. I go to the dentist, dermatologist, and family doctor.” Then he joked, “I need to go to the hospital so that I won’t have any long gaps of not doing anything until dinner.” 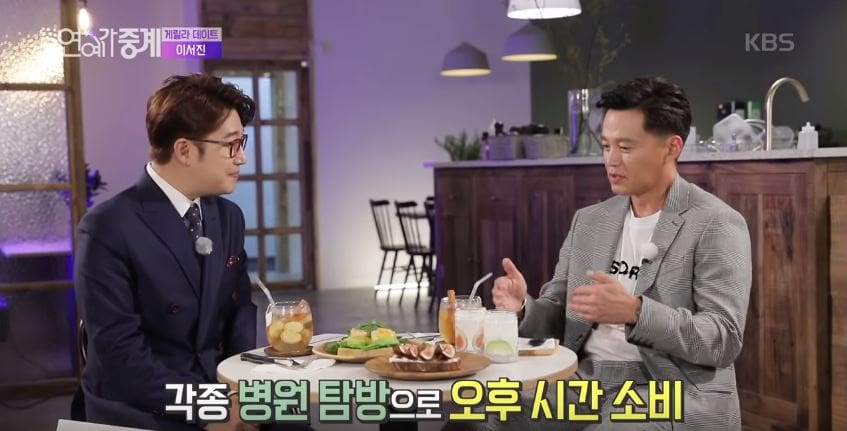 “Intimate Strangers” will be released in Korea on October 31.

Entertainment Weekly
Lee Seo Jin
How does this article make you feel?