Meeting a stranger while traveling and finding love in a beautiful, romantic place is such a dream, which is why these kinds of K-dramas are so addicting to watch. This is true especially for older dramas where a particular country outside Korea is central to the story. And just as you would expect, most of them have the name of the country in the title!

Here are some old dramas to watch if you want to go back on memory lane and relieve all the feels that come from the classics, as well as some fairly new ones that will make you fall both for the characters and locations:

So many people caught the “Lovers in Paris” fever when it first aired in 2004, mainly because of the relatable character and hilarious antics of an international struggling student named Kang Tae Young (Kim Jung Eun) and her amazing chemistry with Han Gi Ju (Park Shin Yang). To make ends meet while studying in Paris, Tae Young gets a part-time job as a housekeeper for Gi Ju, a rich, divorced CEO who is also working in Paris. When he realizes she comes from the same hometown of a potential business partner’s wife, he hires her to act as his fiancée.

Anything can happen especially in the city of Paris, and this drama will take you to beautiful cafes lined up on the streets, a wishing fountain, and a luxurious dinner party that seems like a fairy tale dream come true. The spunkiness and comedic timing of Kim Jung Eun make this drama really unforgettable! 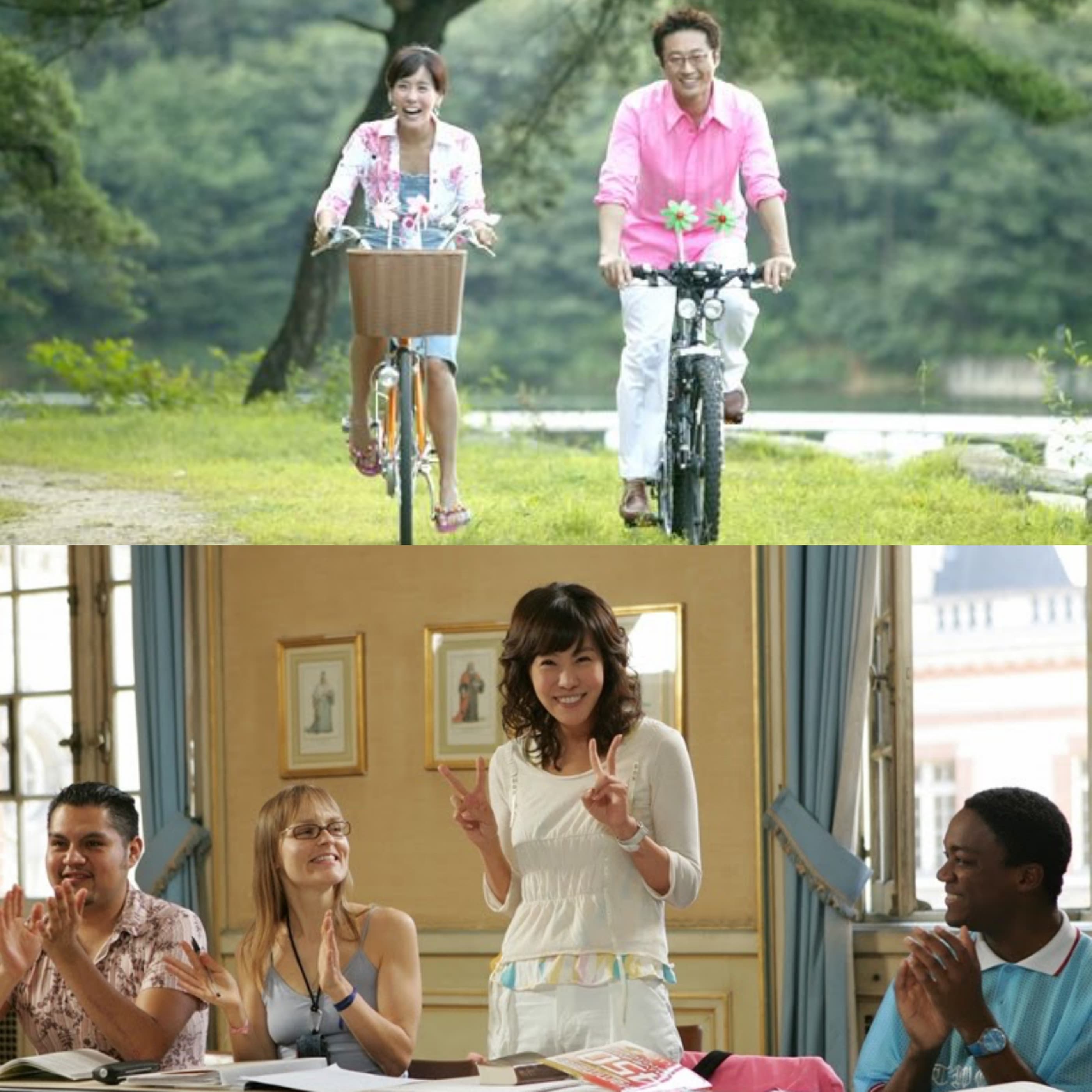 If you’re wondering why this drama has the same format as “Lovers in Paris,” that’s because it’s part of a trilogy by writer Kim Eun Sook and director Shin Woo Chul. Yoon Jae Hee (Jeon Do Yeon), the President’s daughter, works as a Korean diplomat in Prague. Suffering from a major heartbreak, she meets a detective (Kim Joo Hyuk) who goes to Prague in search for his ex-girlfriend (who broke up with him over the phone). They grow fond of each other until they return to Korea, where their status threatens to tear them apart.

If you’re a sucker for melodramas and me-and-you-against-the-world type of stories, then this drama has no shortage of scenes that will touch your heart. The magical city of Prague will lure you in too, with its colorful baroque buildings, Gothic churches, stores, and restaurants that stand the test of time. It’s also one of the most memorable dramas of the late Kim Joo Hyuk, and where he will always be remembered as the leading man who made hearts flutter. 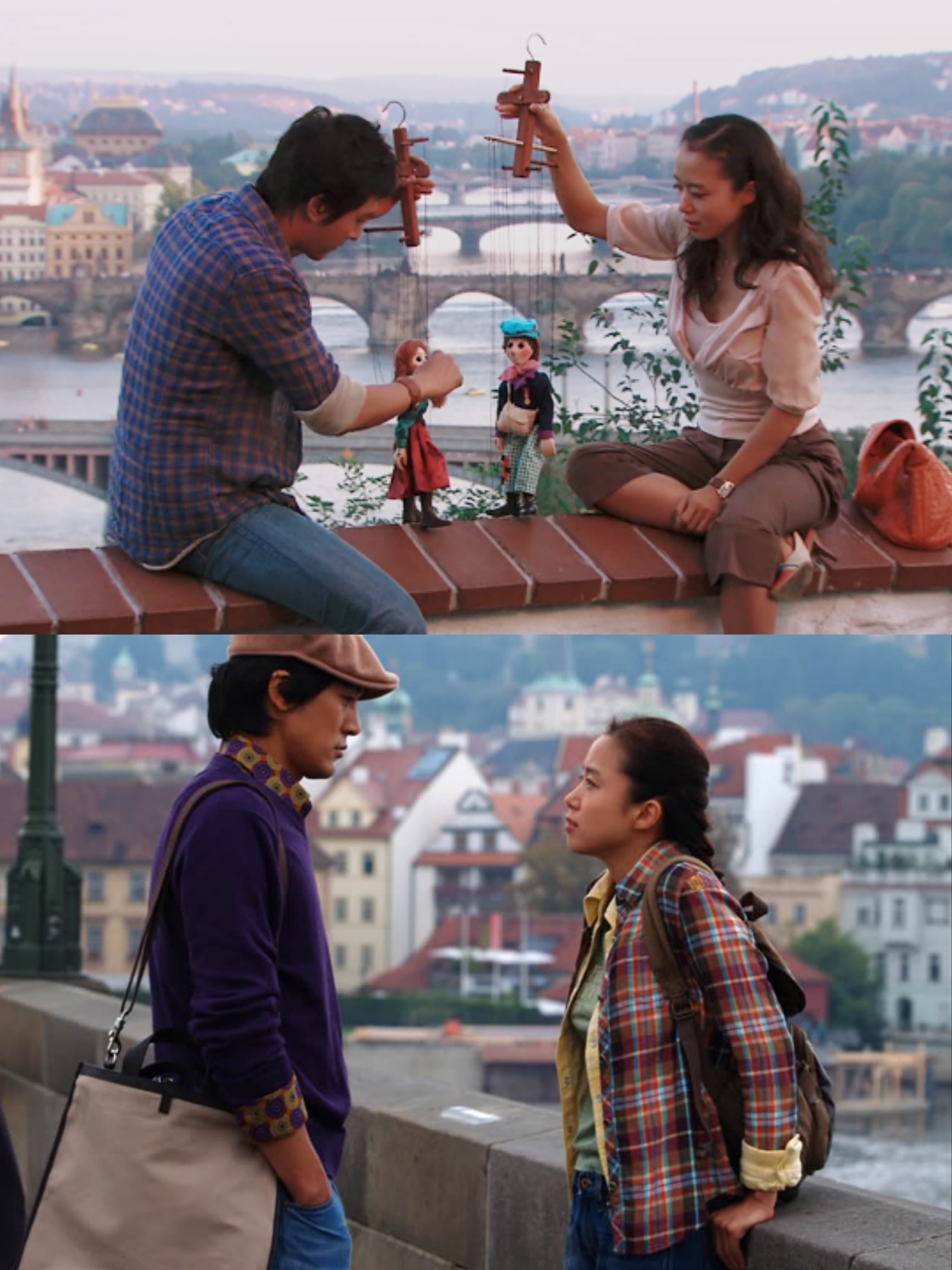 Driven by her strong passion for cooking, Eun Chae (Han Chae Young) goes to Italy to study with the help of her her high school friend, Jung Hyun Sung (Lee Chun Hee), who’s secretly in love with her. In Italy, she meets a man named Han Yi Joon (Jo Hyun Jae), who is looking for his mother – the same person Eun Chae is looking for in order to learn the secrets to a recipe. Caught up in the moment, emotions, and the lovely setting of Italy, the two have a one night stand. Due to a misunderstanding, Yi Joon leaves Eun Chae the next day, and eventually she finds out she’s pregnant with his baby!

This drama shows the typical day-to-day scenes of the city, in the back streets and ordinary residential community where the struggling Eun Chae and Hyun Sung live, rather than showing only the touristy sides of Italy. If you love Italian food and a complicated love story, then this drama is for you! 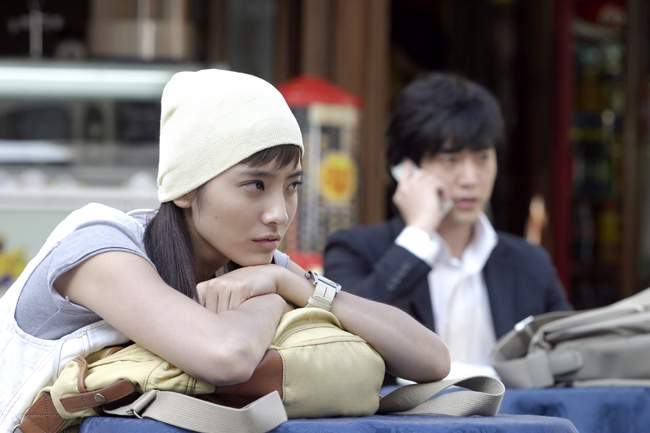 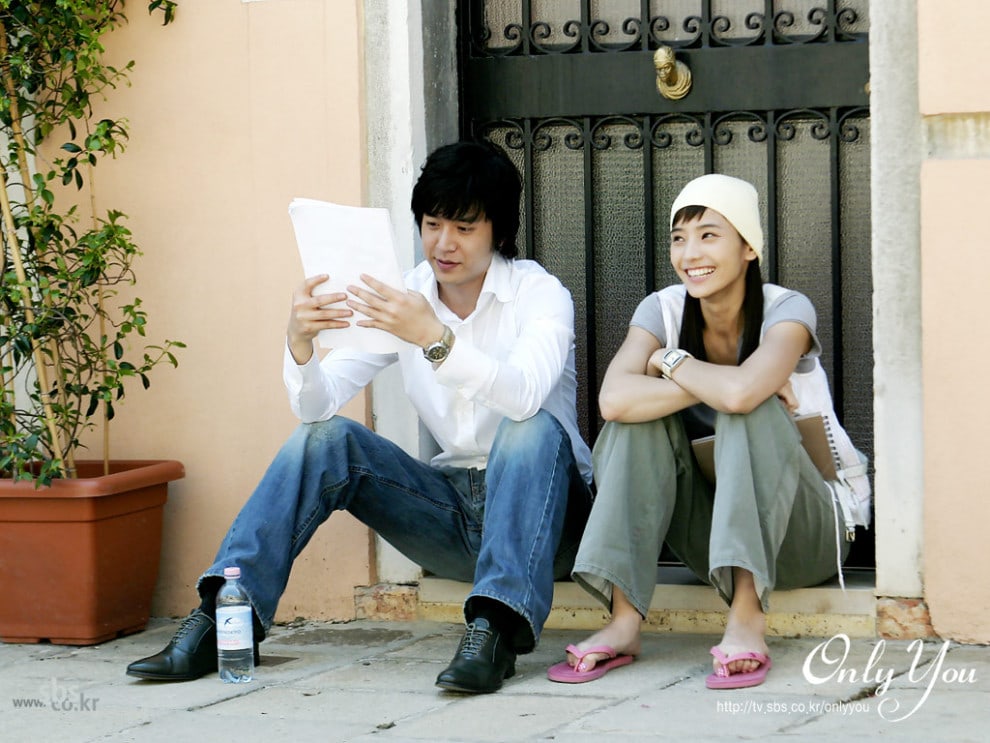 This one is another drama that’s part of a “season” series, which was the trend at the time. It includes cult-favorites “Winter Sonata,” “Autumn in My Heart,” and “Summer Scent” (which was also shot partly in Italy). As a gifted pianist who lives in Austria, Lee Soo Ho (Seo Do Young) meets Seo Eun Young (Han Hyo Joo), who wins an award and a prize trip to the same country. Soo Ho soon discovers that they share a childhood past, and it makes him hesitate to fall in love. Adding to the gripping story is a love triangle as Soo Ho’s friend, Philip (Daniel Henney), brings comfort and kindness to Eun Young whenever she needs it.

While “Spring Waltz” may have the word “Spring” in it, the beginning shows scenes from Austria that look like a winter wonderland, where old castles, houses, and pine trees are all blanketed in snow. The drama combines romance, music, and the picturesque views of Austria and its capital Vienna, the birthplace of renowned classical musicians. When the characters go back to Korea, lovely scenes of Spring in Jeju also add to the aesthetic of the drama that’s as captivating as its story. 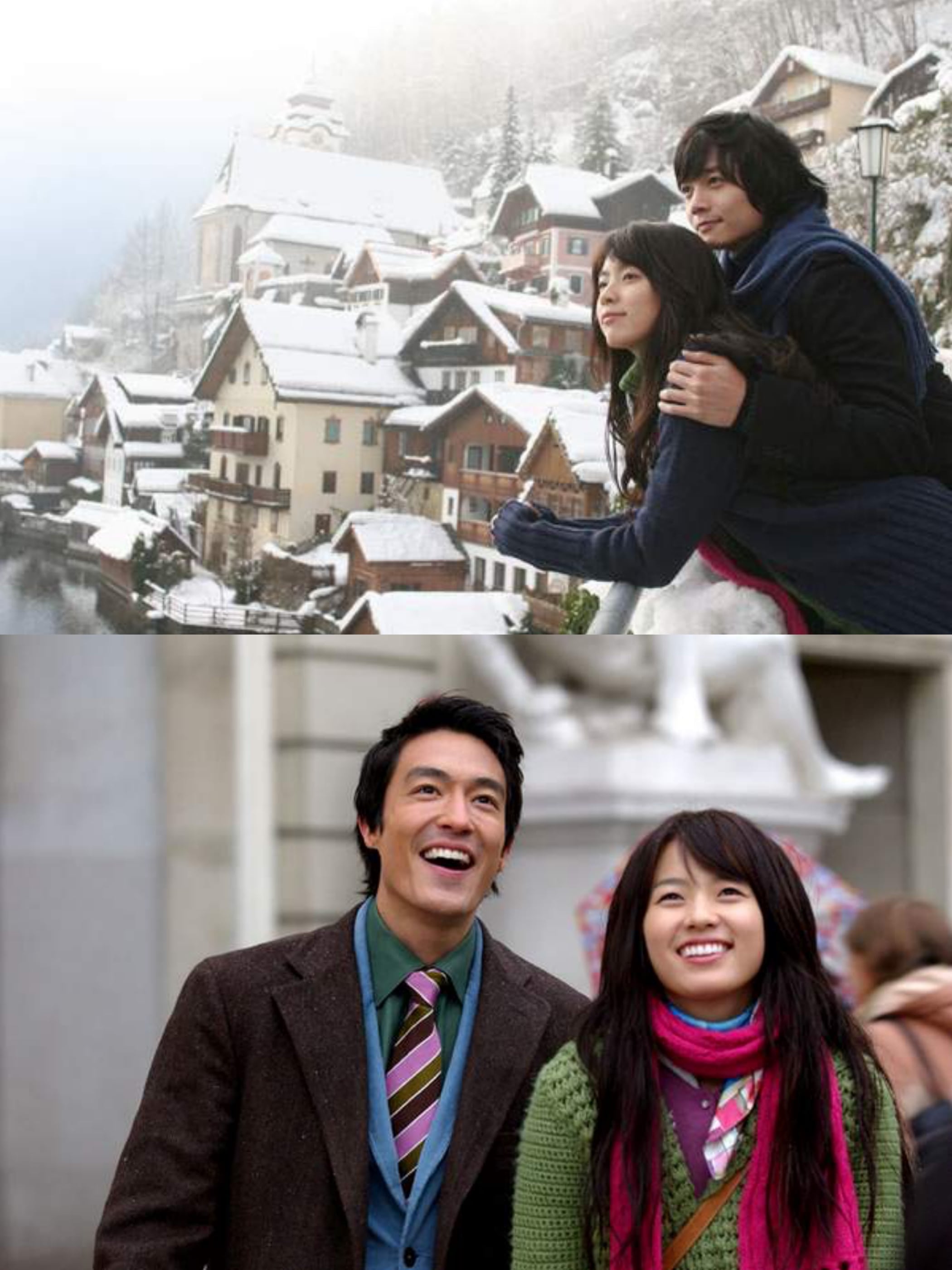 A newer drama, “The Package” picks up where “Lovers in Paris” left off in terms of highlighting the dreaminess of the location. But this one is devoted entirely to sightseeing and discovering the City of Lights. Its main premise is that a lonely, jaded tour guide Yoon So So (Lee Yeon Hee) meets a troublemaker (Jung Yong Hwa) in a Paris tour group who breaks her out of her shell. If you want something light and touching, this drama is just right because of the simple yet captivating stories of different people in the group that are told as they navigate stunning and historical sites in Paris. 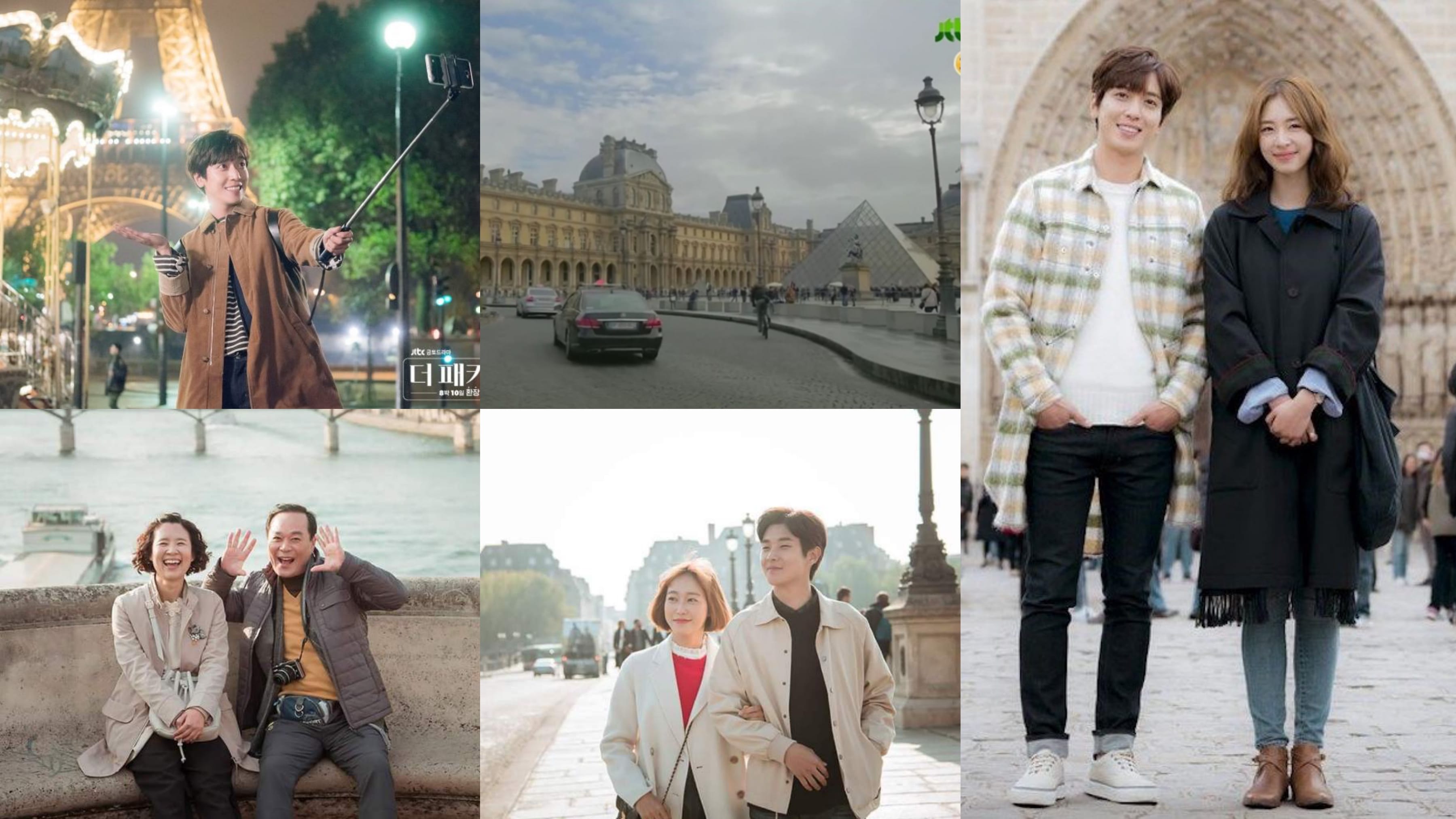 This drama is not only full of breathtaking locations in Slovenia and Croatia in eastern Europe, but it’s also filled with big-name stars who make cameos. It has a unique concept because it tells the story of old and young people who become friends through relating with one another because of some of their life experiences. The drama’s main cast includes Go Hyun Jung, Kim Hye Ja, and Na Moon Hee; while surprise appearances include Jo In Sung, Lee Kwang Soo, Daniel Henney, among many others. 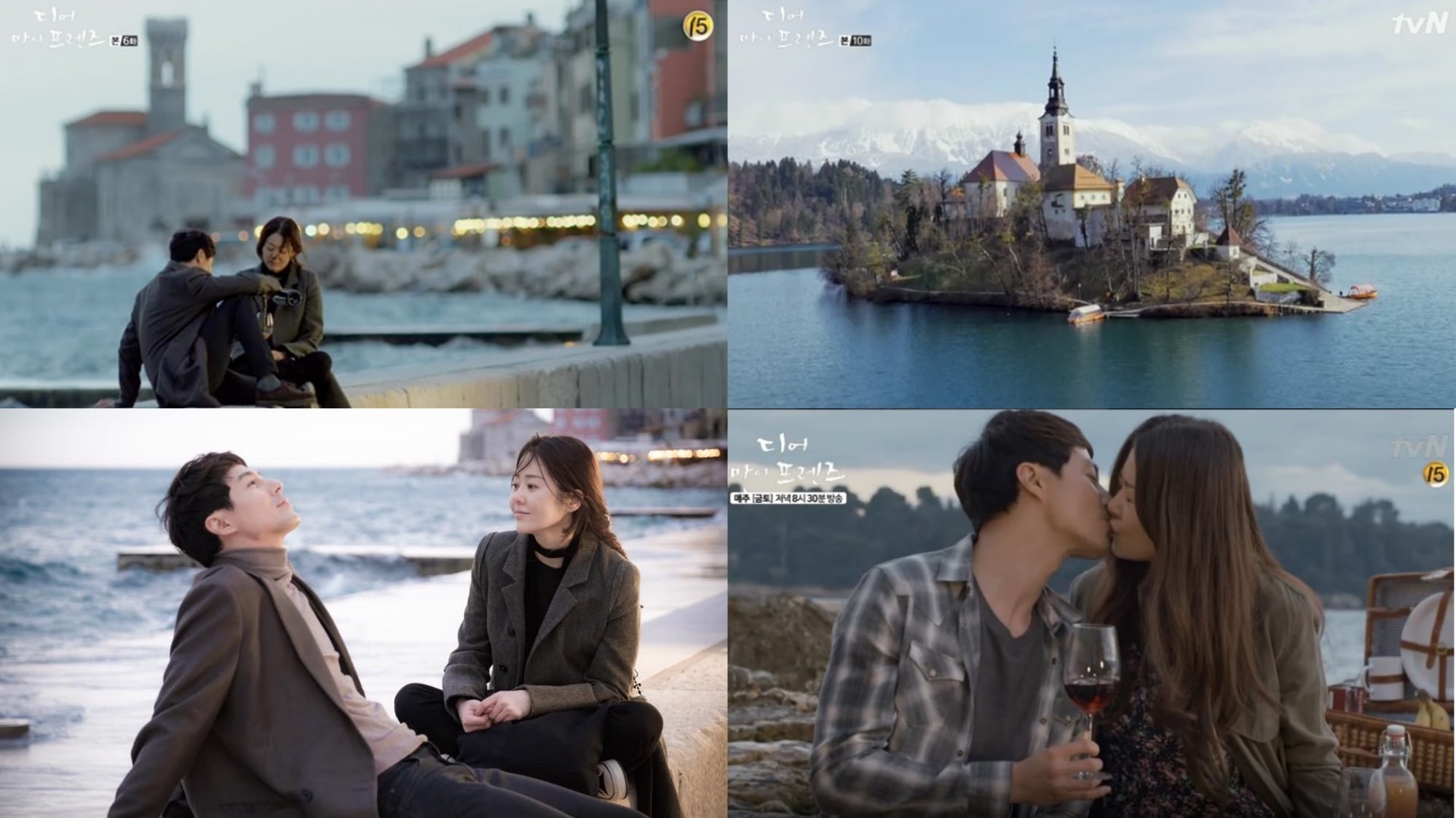 “Goblin” has no shortage of footage that was shot in Quebec, Canada where castles, old houses, and streets filled with Autumn leaves are abound. Who could forget the scene when Kim Shin (Gong Yoo) magically teleports in and out of a door where the beautiful sight of Quebec awaits him? This place is important for the characters because it sets the beginning of the story, and in the end, Kim Shin is brought back and reunited with Ji Eun Tak (Kim Go Eun) in this quaint yet warm and welcoming side of town. 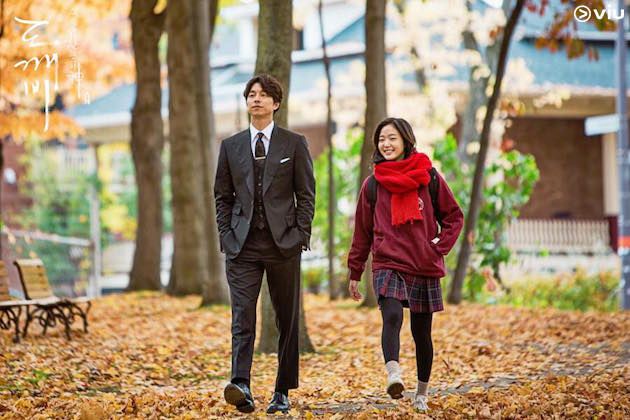 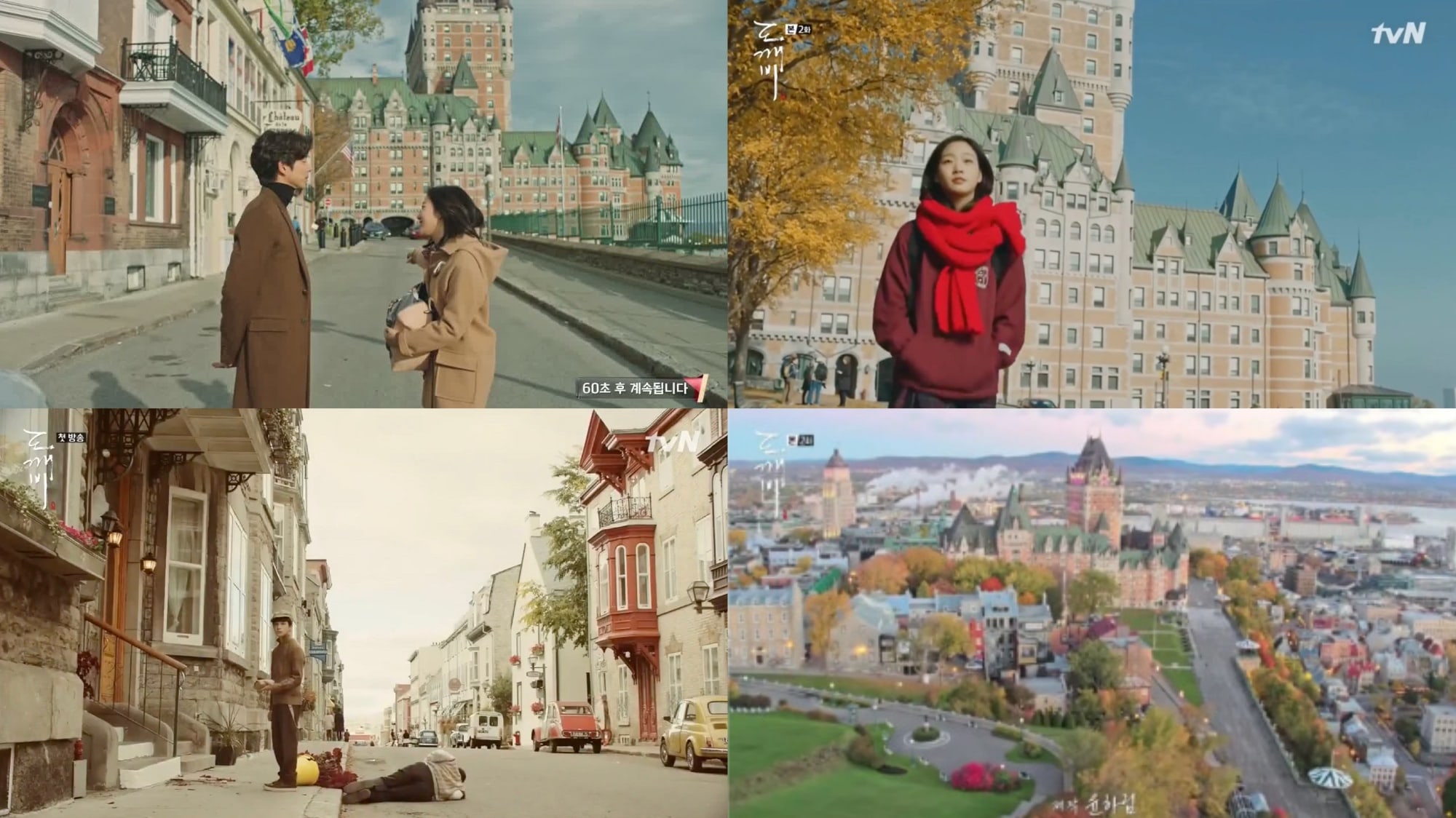 Speaking of castles, “Black Knight” was partly filmed in Bled Castle, Logar Valley, Kranj, Ljubljana, Predjama Castle around the slopes of Slovenia. Ironically, Jung Hae Ra (Shin Se Kyung) is a travel agent who has never traveled abroad. When she finally does, she ends up meeting the dashing Moon Soo Ho (Kim Rae Won), who, little does she know, has been looking for her all his life. There’s mystery, romance, magic, and a theme about destiny that make this drama a must-watch, while the sprawling bird’s eye views of Slovenia will make you want to pack your bags and travel there yourself! 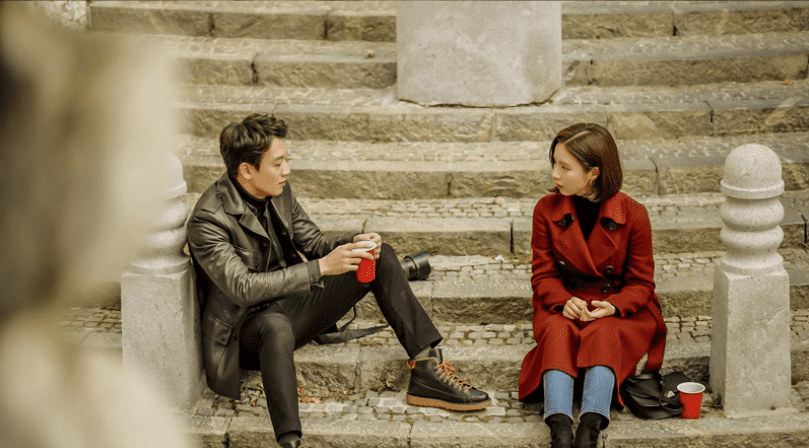 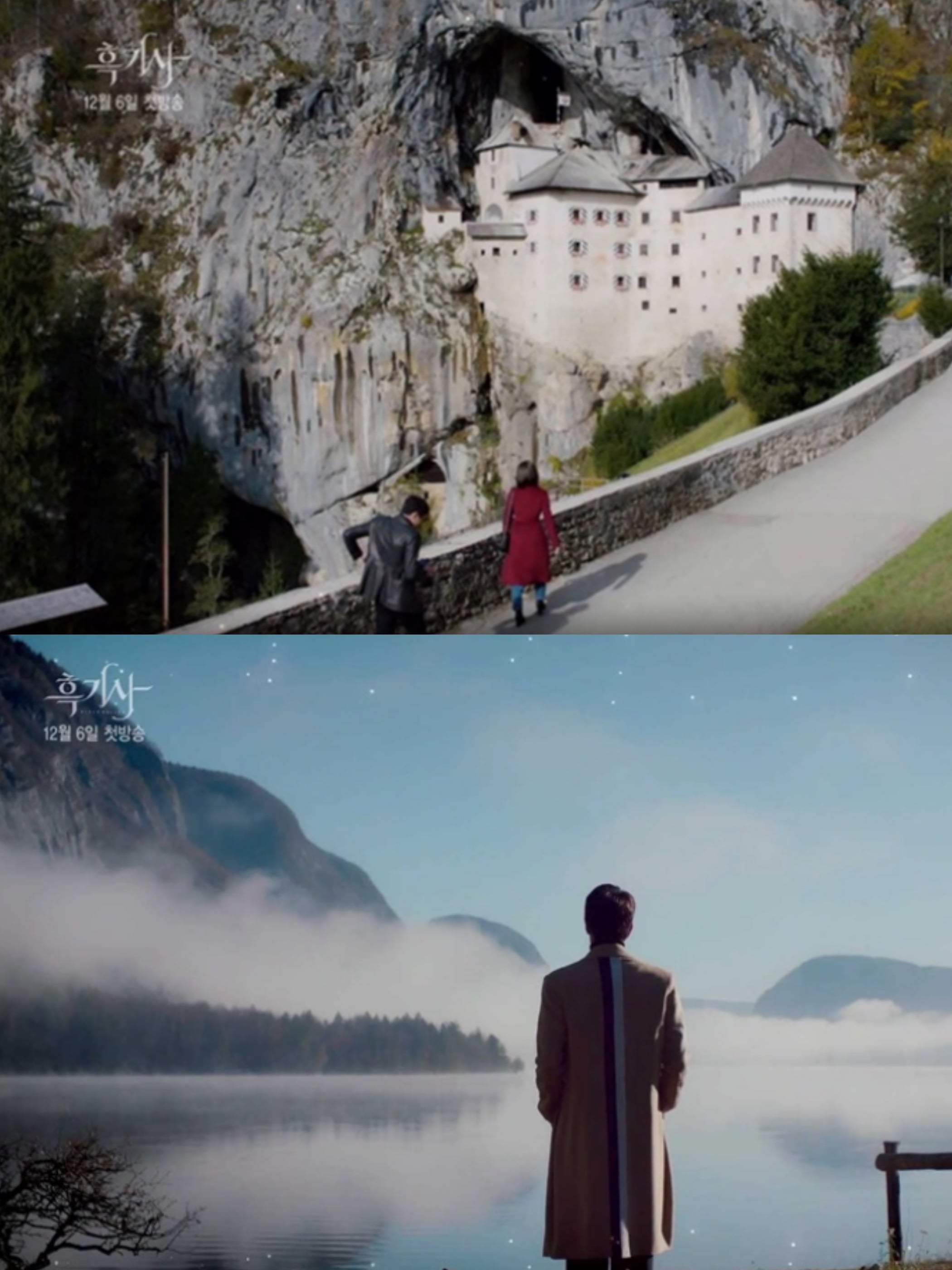 “The K2” is filled with action, drama, and romance between two eye candy and talented leads, Ji Chang Wook and YoonA. The drama tells the story of Kim Je Ha (Ji Chang Wook), who becomes a fugitive after being framed for his girlfriend’s death. He eventually becomes a bodyguard for a political candidate’s illegitimate daughter (YoonA). While he tries to prove his innocence, the two fall in love, but various political groups and circumstances try to break them apart. Part of the drama is set in a countryside in Spain, and you’ll see beautiful old structures, landscapes, and a glimpse of how the locals live. 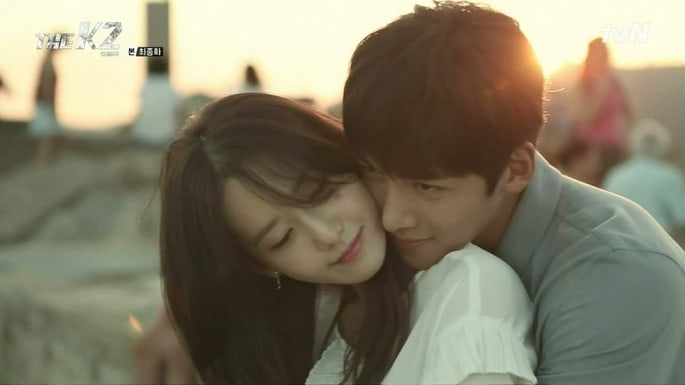 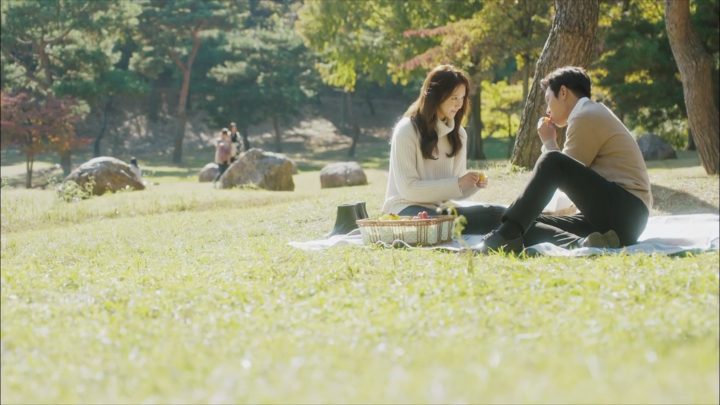 Catch the first episode of “The K2”:

“The Legend of the Blue Sea” is another drama that starts off in Spain. Shim Cheong (Jun Ji Hyun), a mermaid from the Joseon Dynasty, falls for a nobleman in the past. In the present day, she becomes human and sticks to the nobleman’s doppelganger Heo Joon Jae (Lee Min Ho) like glue as she tries to make sense of this new, fascinating world outside the sea. One memorable scene takes place outside the shopping mall in Palau de la Música Catalana where Heo Joon Jae finds Shim Cheong under the rain and shields her with an umbrella. It’s an iconic image that was used in the drama’s teasers. We also see them galloping around Girona and getting a good view of the sea, wide plazas, and famous architectural sites. 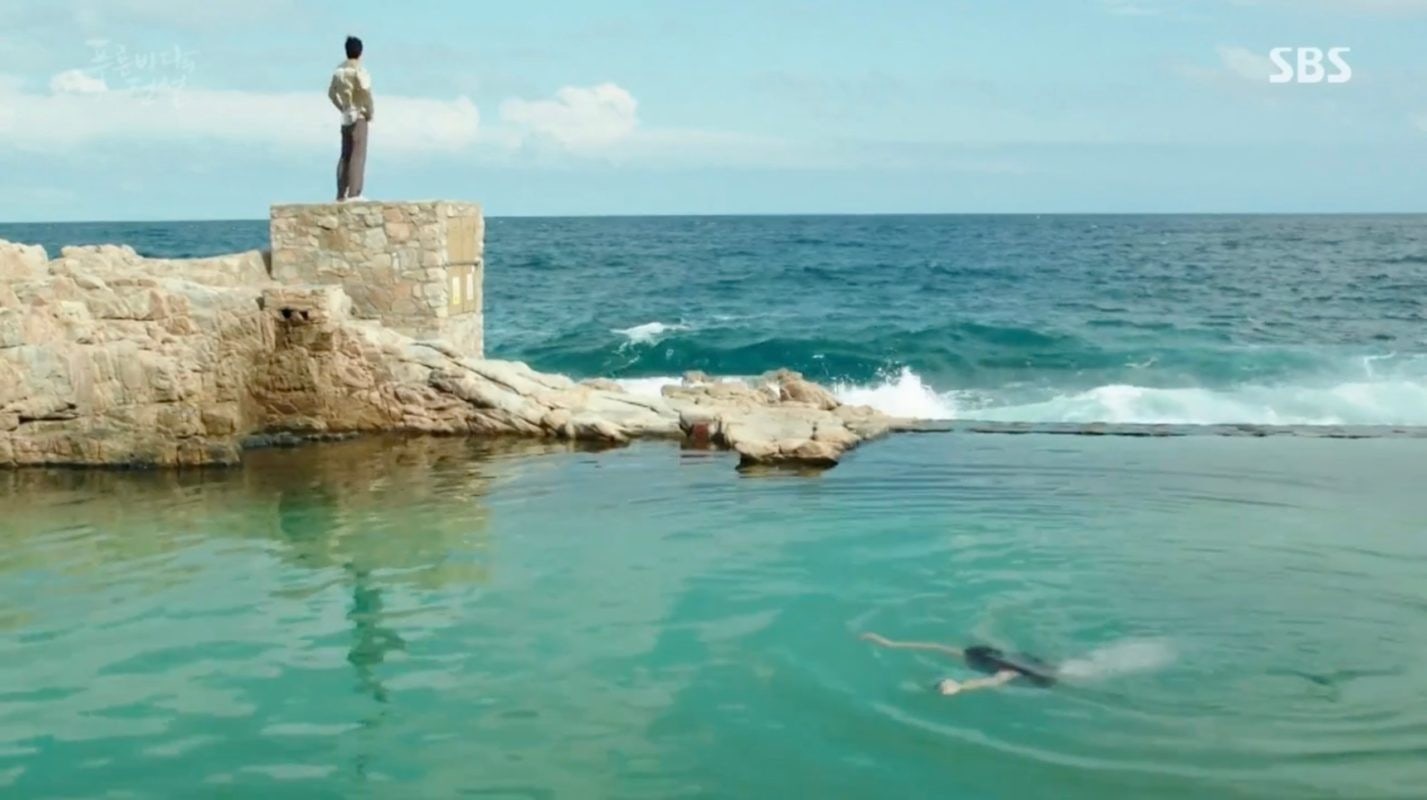 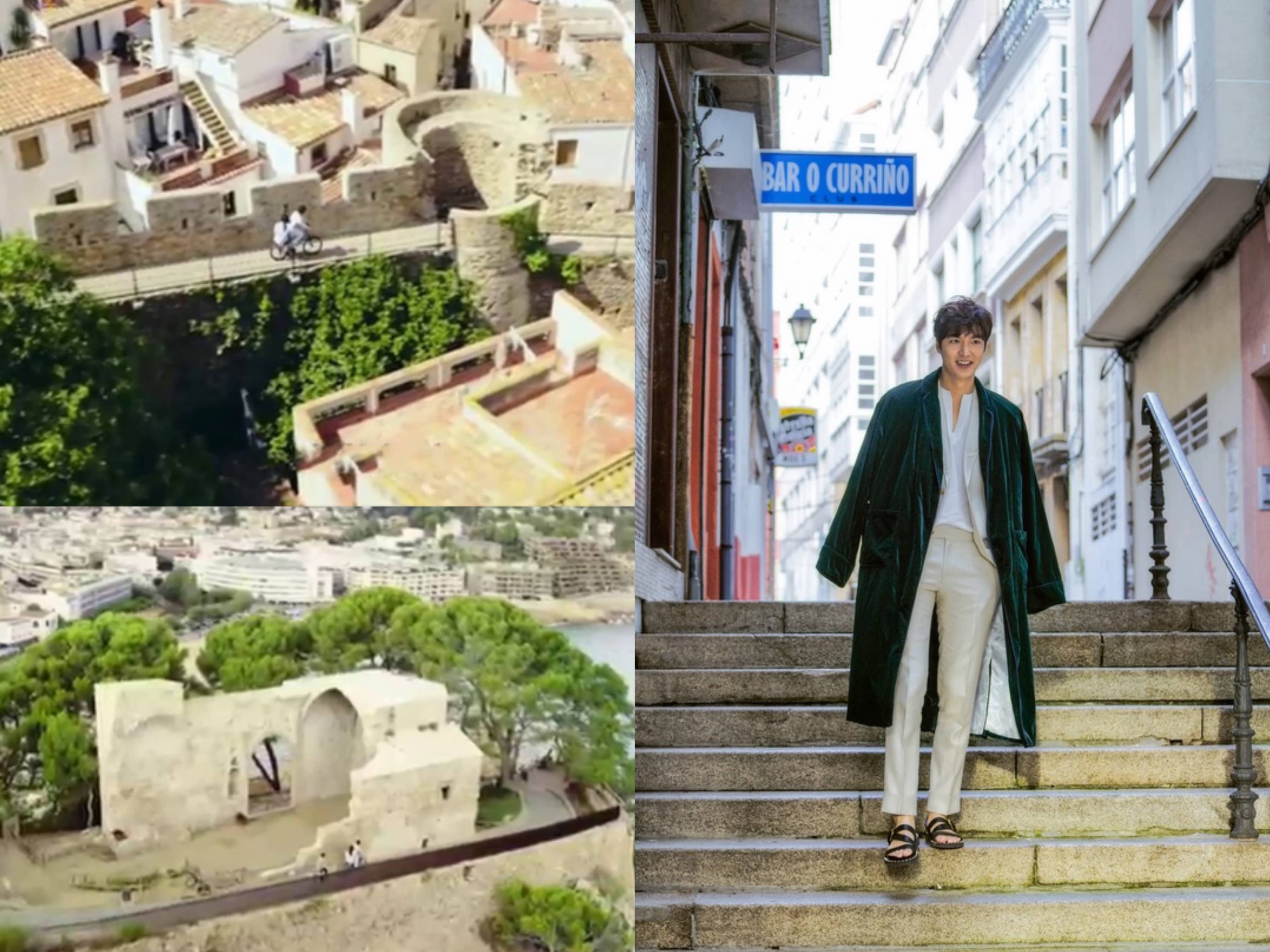 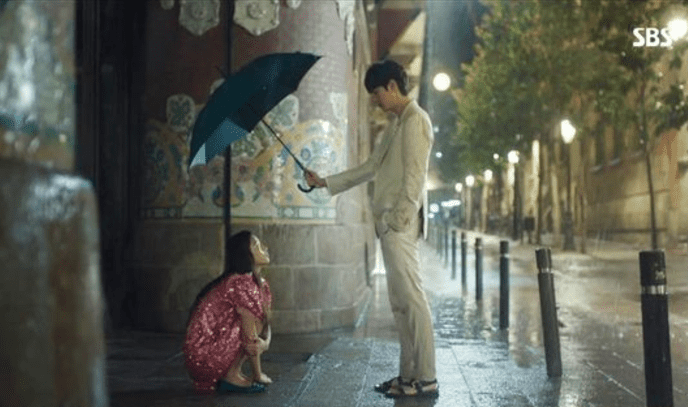 This new drama has a fairy tale beginning that starts in Hainan, China, an exotic setting that combines the blue seas, resorts, and a wonderful mix of traditional and modern Chinese architecture. In “Devilish Joy,” Ju Gi Ppeum (Song Ha Yoon) is an actress who goes to Hainan to film a TV commercial. Wanting to escape the filming crew and wander off to explore the island, she meets Gong Ma Seong (Choi Jin Hyuk), a genius doctor who saves her from bad guys. As they go around the movie town Haikou (which literally looks like a film set), the two become attracted to each other. Things progress quickly as Ma Seong kisses Gi Ppeum before promising to meet again, but later on, Ma Seong becomes diagnosed with “Cinderella Memory Disorder,” which means his memories of the previous day disappear at twelve o’clock. Will he remember their sweet whirlwind day in the island? 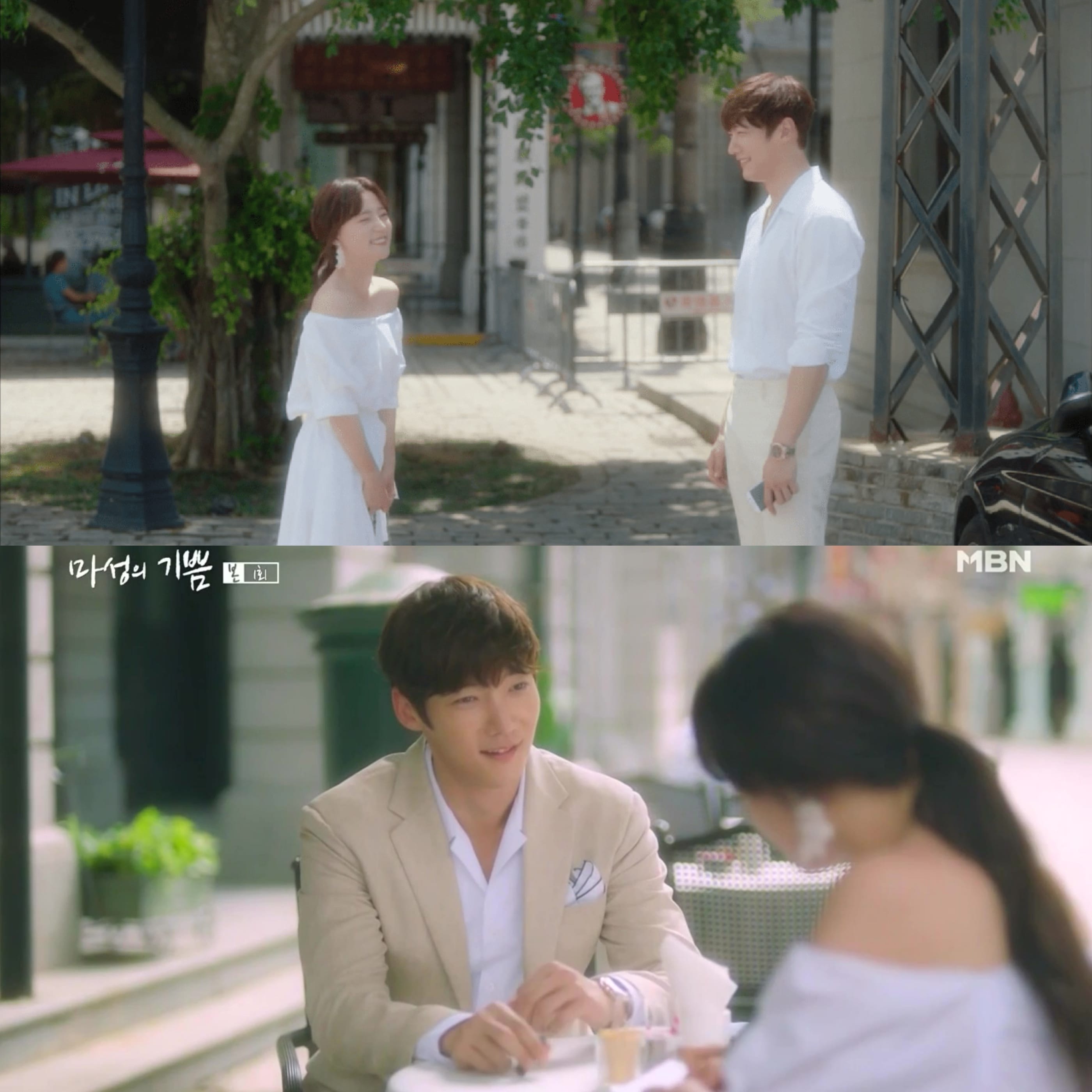 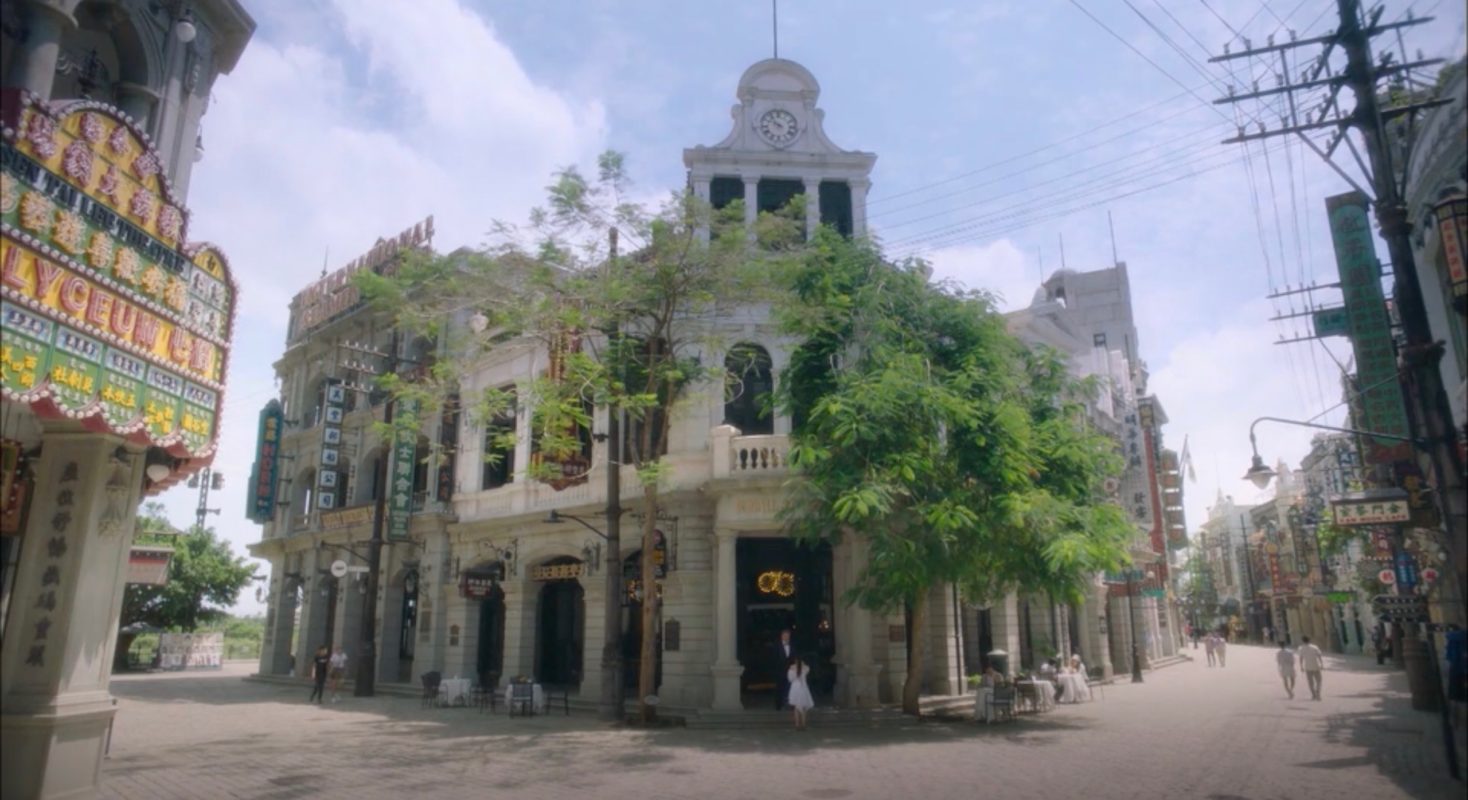 Hey Soompiers, which of these drama locations do you want to visit? Tell us in the comments below!

DianneP_Kim is an English magazine and online writer and stylist based in South Korea. Follow her adventures in Korea on instagram.com/dianne_panda.

Currently watching: “The Beauty Inside,” “The Smile Has Left Your Eyes“
All-time favorites: “Because This Is My First Life,” “Weightlifting Fairy Kim Bok Joo,” “Goong,” “My Love From the Star,” “My Ahjussi”
Looking forward to: “Where Stars Land“

Soompi Spotlight
Dear My Friends
Only You
Lovers in Paris
spring waltz
The K2
Goblin
The Legend of the Blue Sea
The Package
Black Knight
Lovers in Prague
Devilish Joy
How does this article make you feel?