Winners Of The 2018 APAN Star Awards

The 2018 APAN Star Awards were held at Kyunghee University on October 13. Kim Seung Woo was the emcee for the night’s ceremonies.

“Mr. Sunshine” was the biggest winner of the night after being awarded “Drama of the Year” and the Grand Prize (Lee Byung Hun). It also earned Kim Tae Ri a Best New Actress award.

“Pretty Noona Who Buys Me Food” took home three awards, including two for lead actor Jung Hae In, while “What’s Wrong with Secretary Kim?” and “My Ahjussi” both earned their stars Park Seo Joon and IU a Top Excellence Award. 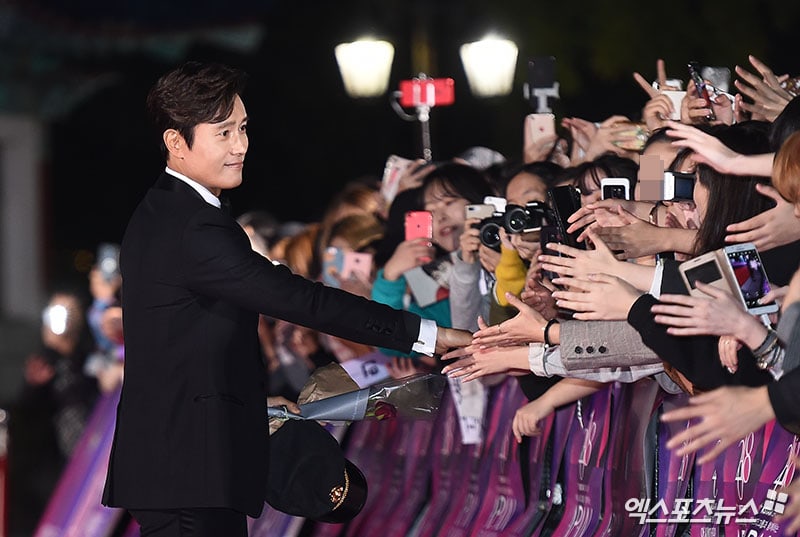 In his Grand Prize speech, Lee Byung Hun said, “I wanted to say a lot of things here so I wouldn’t regret anything, but my head is in a whirl. ‘Mr. Sunshine’ had so many people working on it, to the point where there was a B team and C team for the production crew. I worked with some amazing co-stars. There are so many people I want to thank. A lot of people had to help me achieve the miracle of looking even one year younger than I really am.”

He continued, “This drama had five main characters. Kim Min Jung, Byun Yo Han, Yoo Yeon Seok, and Kim Tae Ri – I learned from them all. I am proud of them as their senior, but I also realized that I can’t become complacent. All the supporting actors were main characters as well. I came to trust director Lee Eung Bok a lot and I think that Kim Eun Sook is an amazing person.” He also thanked his managers and the people who work at his agency.

Drama of the Year: “Mr. Sunshine”

Top Excellence Award, Actress in a Miniseries: IU (“My Ahjussi”)

Excellence Award, Actor in a Miniseries: Jung Hae In (“Pretty Noona Who Buys Me Food”)

Edit: This article has been updated to include the Best Director award.