On October 13, the two girl group members appeared as guests and attempted to help the cast members win some delicious food by guessing song lyrics.

Sojin and Yura said, “We came to help Girl’s Day’s maknae Hyeri.” They also added that Hyeri told them that she gets a lot of praise from the “Amazing Saturday” cast members. When asked if she said anything about SHINee’s Key, who is known for having a sister-brother relationship with Hyeri, the Girl’s Day members said that she didn’t say much about him.

Sojin and Yura focused on correctly guessing the lyrics to BTS’s “Fake Love.” Yura asked to hear the song one more time, which is against the rules. Sojin confidently stated, “I heard the first line perfectly” and Yura added, “I have the lyrics perfectly correct for the second verse.”

Hearing them, the cast members commented, “The personality of everyone in this group is like this. Hyeri wasn’t weird. Now, I realize that Hyeri is really calm. They’re really loud.” Key made everyone laugh when he said, “There are three Hyeri’s.” 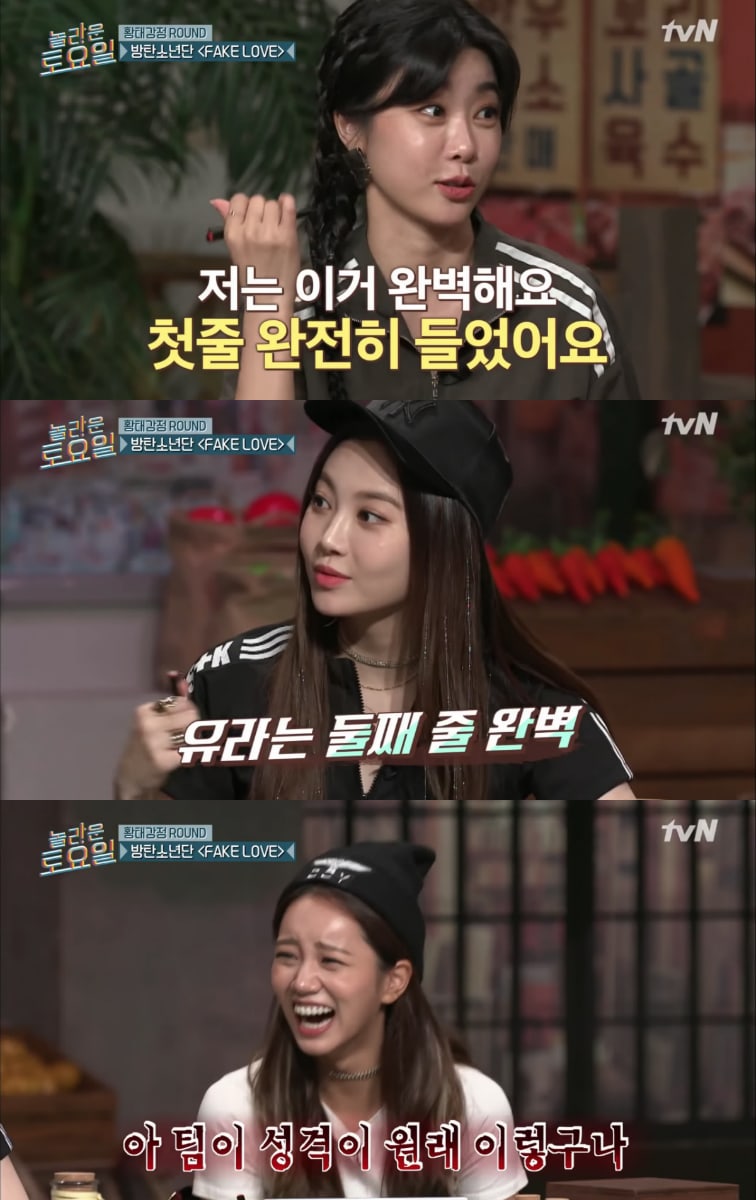 “Amazing Saturday” airs on Saturdays at 7:40 p.m. KST. Check out the clip of Sojin, Yura, and Hyeri dancing to “Expectation” below!