gugudan’s Kim Sejeong sent a message to her younger self on SBS’s “Big Picture family.”

Ryu Soo Young danced to gugudan’s song, Cha In Pyo and Yu Xiaoguang sang to her in Chinese, and Park Chan Ho gave her a pair of sunglasses as a gift. The four of them also read out loud heartfelt letters they wrote to Kim Sejeong.

Visibly touched by her fellow cast members, Kim Sejeong said, “I’m so lucky. I’m sincerely thankful.” Cha In Pyo then suggested that they write letters to their younger selves 20 years ago.

Kim Sejeong was the last one to go and choked up. After holding back her tears, she said to her three-year-old self, “Hi Sejeong. What I want to say to you 20 years later is, cry. Thankfully, I was able to become a singer and took part of [a campaign] where I took photos with an orphan. But that baby had already caught on and couldn’t cry confidently in front of the world.”

She continued, “Seeing that, what I wanted to say was, ‘Baby. Don’t shrink in front of the world and just cry.’ But thinking about it, I think you couldn’t cry either. Because you couldn’t cry back then, you cry like a 3-year-old at 23.”

The idol added, “So I think it’s the best to cry when you can at that given age. Seeing myself try to calm down a crying child, I suddenly realized, ‘I must have received this kind of love too.’ No matter what mistake you make, you’re someone capable of receiving this much love and there are definitely people around you who say, ‘Look here! Good job!'”

“Please don’t be scared. Cry, fall, and get hurt. And don’t smile all the time, you dummy. You’re doing a good job.” Kim Sejeong concluded, “Still thankfully, because you didn’t cry, you’re growing up well, so I’m thankful for that too. Love the person you love. Thank you.” 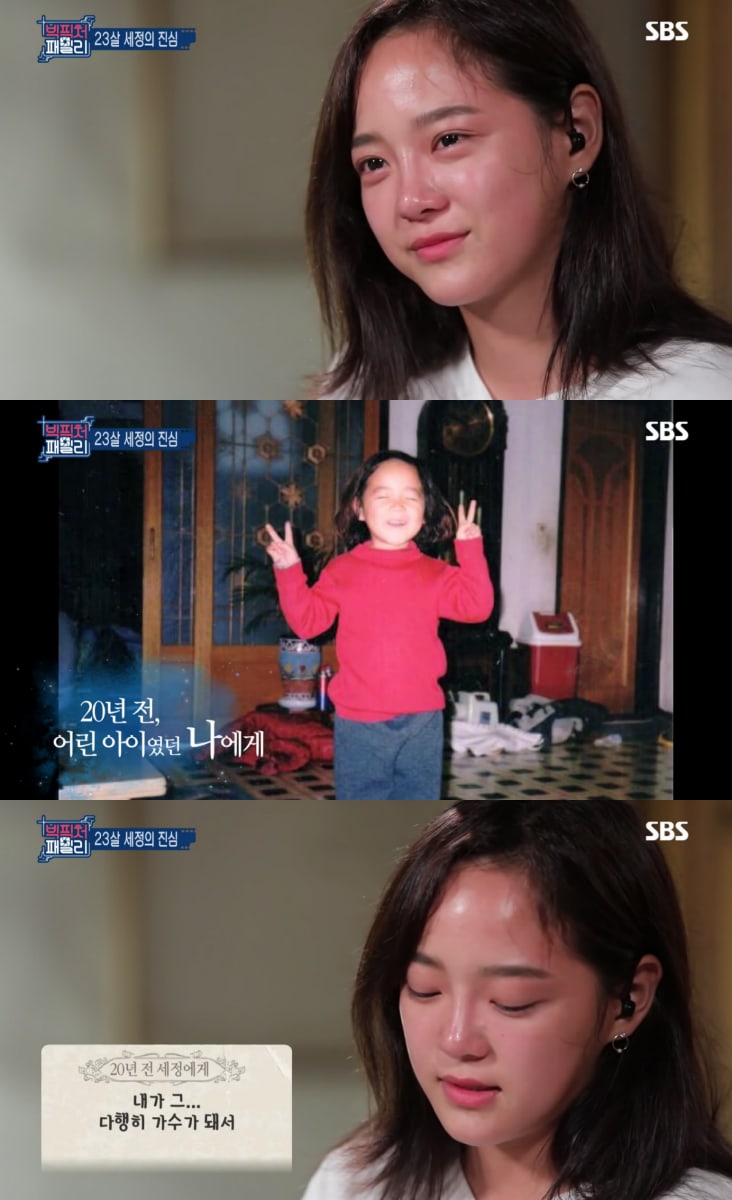 gugudan
Kim Sejeong
Big Picture Family
How does this article make you feel?