Seven O’Clock has expressed their gratitude to ARMY.

The group went on “street promotions” to closely meet with the public. They posted a surprise announcement video one day before their concert on the street through their official social media account, encouraging fans to participate in the event. Starting with Myeongdong, they traveled to Gangnam, Daehangno, Hongdae, and Sinchon, which are regions with a large number of people in Seoul, where they performed on streets and interacted with the public.

Seven O’Clock previously revealed BTS to be their role models, so they performed a cover of BTS’s “Idol.” In a recent interview, the group shared, “ARMYs, BTS’s fans, sent us many supportive comments, and we were very touched and encouraged by them.” 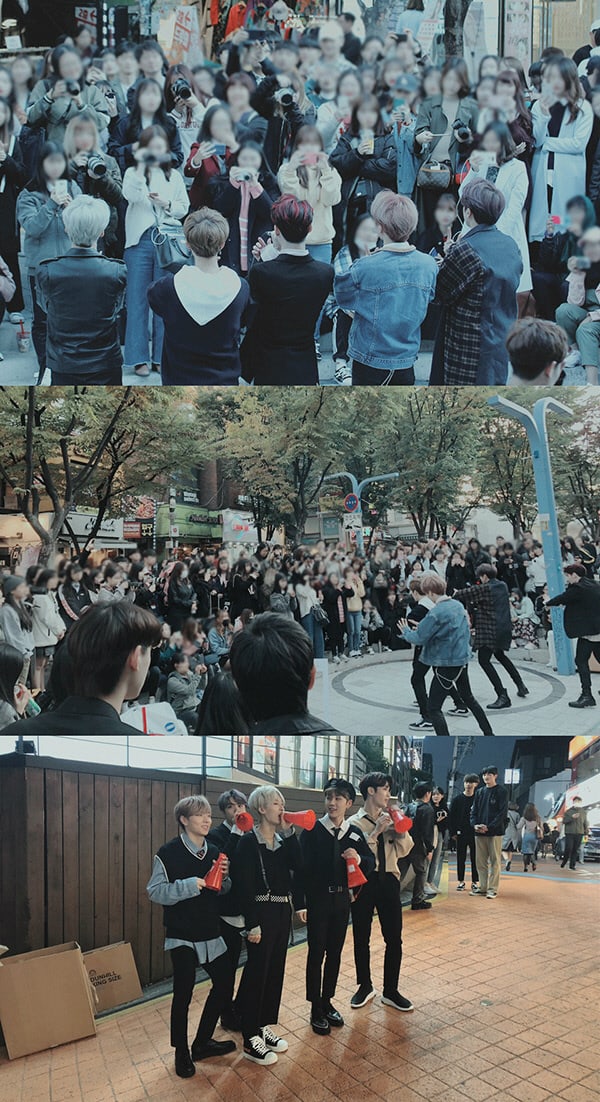 After one year and seven months since their last release, Seven O’Clock recently revealed their second mini album titled “#7.” You can watch the music video for their title track “Nothing Better” here.