H.O.T. Thanks Fans At First Concert In 17 Years

H.O.T. kept their promise with their fans and performed on stage at their first concert in 17 years.

On October 13, about 40,000 fans filled the Seoul Olympic Stadium for H.O.T.’s solo concert titled, “2018 Forever (High-Five Of Teenagers).” The concert was held after the group got together to perform on MBC’s “Infinite Challenge” in February. 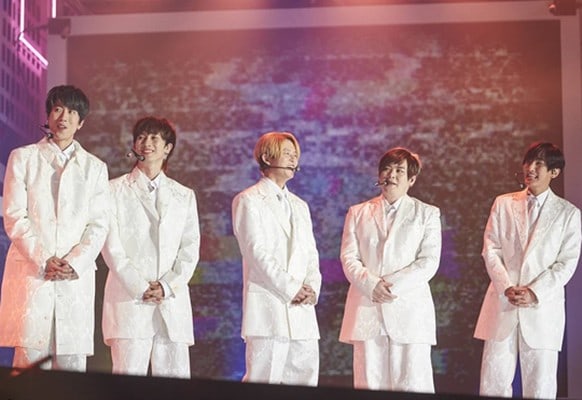 H.O.T. dressed in the same outfits as the ones they wore in 1996 and opened the concert with their debut track “Warrior’s Descendant.” They performed seven songs including “Wolf and Sheep,” “Get It Up,” “The Way You That You Like Me,” “Outside Castle,” “Line Up!” and “I Yah” before greeting their fans.

Lee Jae Won said with a laugh, “I’m the maknae Lee Jae Won who will be turning 40 next year.” Repeating the same introduction he said 17 years ago, Kangta stated, “I’m Kangta who is the lead vocal.”

Moon Hee Jun said, “I’m greeting you after such a long time. It’s the same location after 17 years, but it took so long to return. I’m the leader Moon Hee Jun.” Tony Ahn added, “I’m the foreigner of the group,” and Jang Woo Hyuk said, “I’m in charge of the cool water and center.” 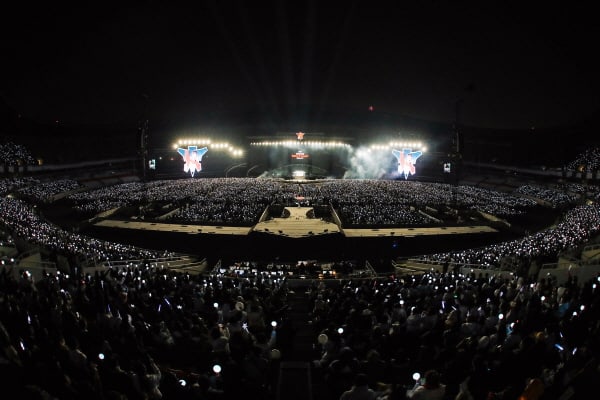 H.O.T. disbanded in February 2001 after performing on this very stage. When Kangta said, “After we said goodbye to you for the last time at this location, it took us 17 years to come back here,” Moon Hee Jun added, “At that performance venue, I said, ‘We will never break up.’ I’m sorry it took 17 years. Please make lots of memories today that you weren’t able to during the 17 years.”

H.O.T. didn’t forget to thank their fans for waiting for 17 years. Moon Hee Jun said, “It’s been 17 years, but thank you for allowing me to keep the promise that I made that day.” Kangta added, “Before the concert, I felt pressure and nervous. I worried thinking, ‘Will I be able to show a good performance like the past?’ My friend then told me that you guys, who will fill this place, will make it into a great concert. I think it’s true.”

The K-pop veteran idols recreated their past from their outfits to their passion on-stage. It was evident how much the five members had practiced when seeing their perfectly in-sync moves and live singing skills. Their devoted fans also dressed in H.O.T.’s official white ponchos and cheered while holding up white light sticks and balloons. The fan chants were still the same as the past and continued during the three-hour long concert.

H.O.T. members also performed solo stages, but their energy and fan chants were the loudest during the group performances. After their solo stages, the members changed into white outfits and sang “It’s Been Raining Since You Left Me,” “You and I,” and “The Promise of H.O.T.”

The members and the fans became emotional as they sang the ballads together. Kangta commented, “I choke up every time I sing this song.” The concert continued with hits such as “Candy,” “Happiness,” and “When You Need Me.” 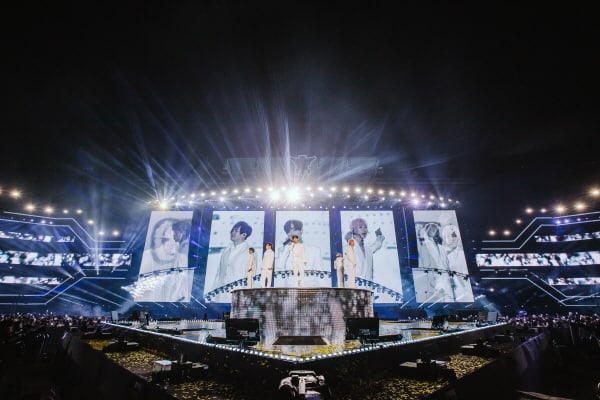 Watching 40,000 fans cheering for them, H.O.T. looked speechless many times throughout the concert. They repeatedly said things like, “I don’t know what to say,” and “It doesn’t feel real.” Towards the end, Tony Ahn, Jang Woo Hyuk, and Lee Jae Won shed tears.

“It was late, but I’m happy that we got together,” said Kangta. “I hope that we can get together like this often.” Tony Ahn, who unveiled his solo song on this day, added, “It would’ve been even better if it was a song of the five of us, but it’s not ready yet. Please wait until that day comes.” Lee Jae Won shouted, “Forever H.O.T. Today feels like a dream. I hope that this concert is a new page for H.O.T.” 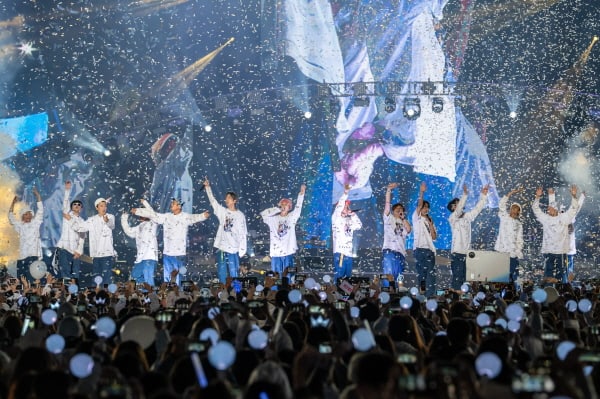 H.O.T. will hold the second day of their sold-out concert on October 14 at the Seoul Olympic Stadium. 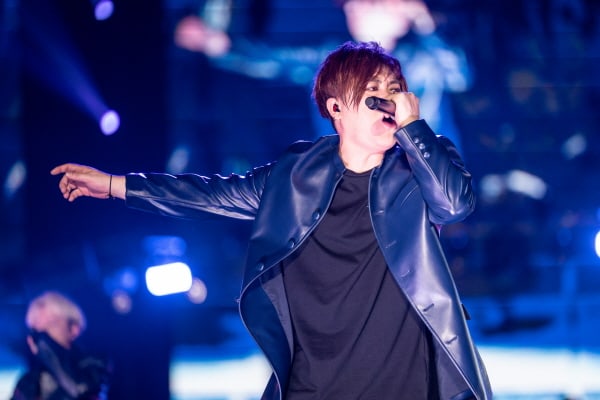 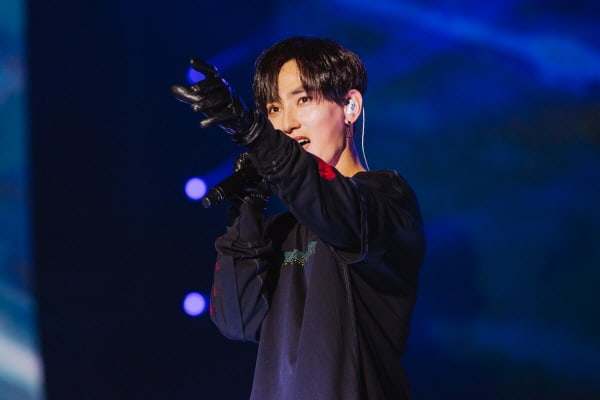 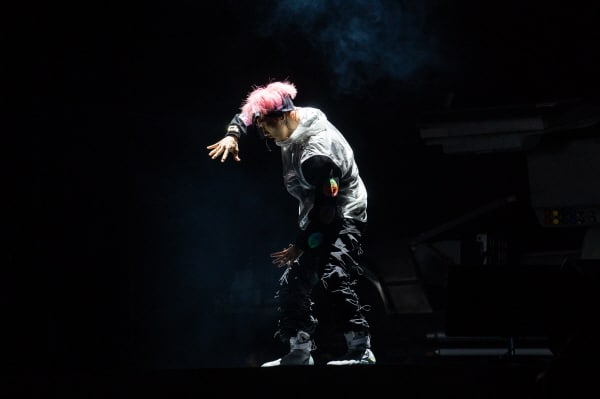 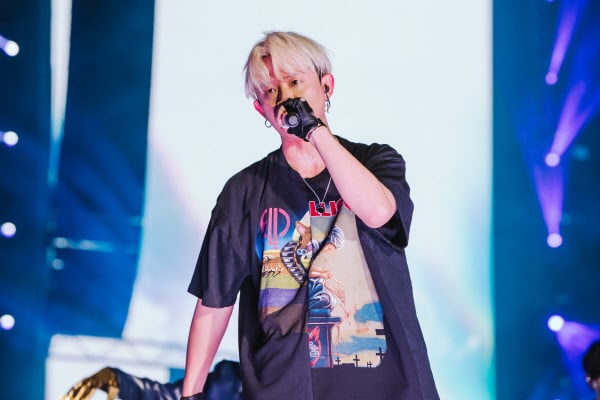 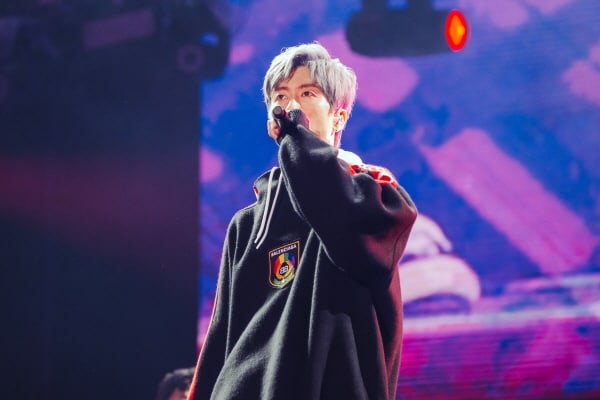