On the October 14 episode of MBC’s “The King of Mask Singer,” eight contestants competed to see if they could stop Dongmakgol Girl from taking her sixth consecutive win.

The first performance in Round 1 was between Dabotap and Cheomseongdae. The two sang Zhang Li Yin’s song “Timeless” (featuring XIA Junsu) as a duet.

The audience voted 51 to 48 in Cheomseongdae’s favor and that contestant moved on to Round 2. With only three votes to spare, Dabotap unmasked his identity while singing Lee Seung Gi‘s song “Because You’re My Woman.” 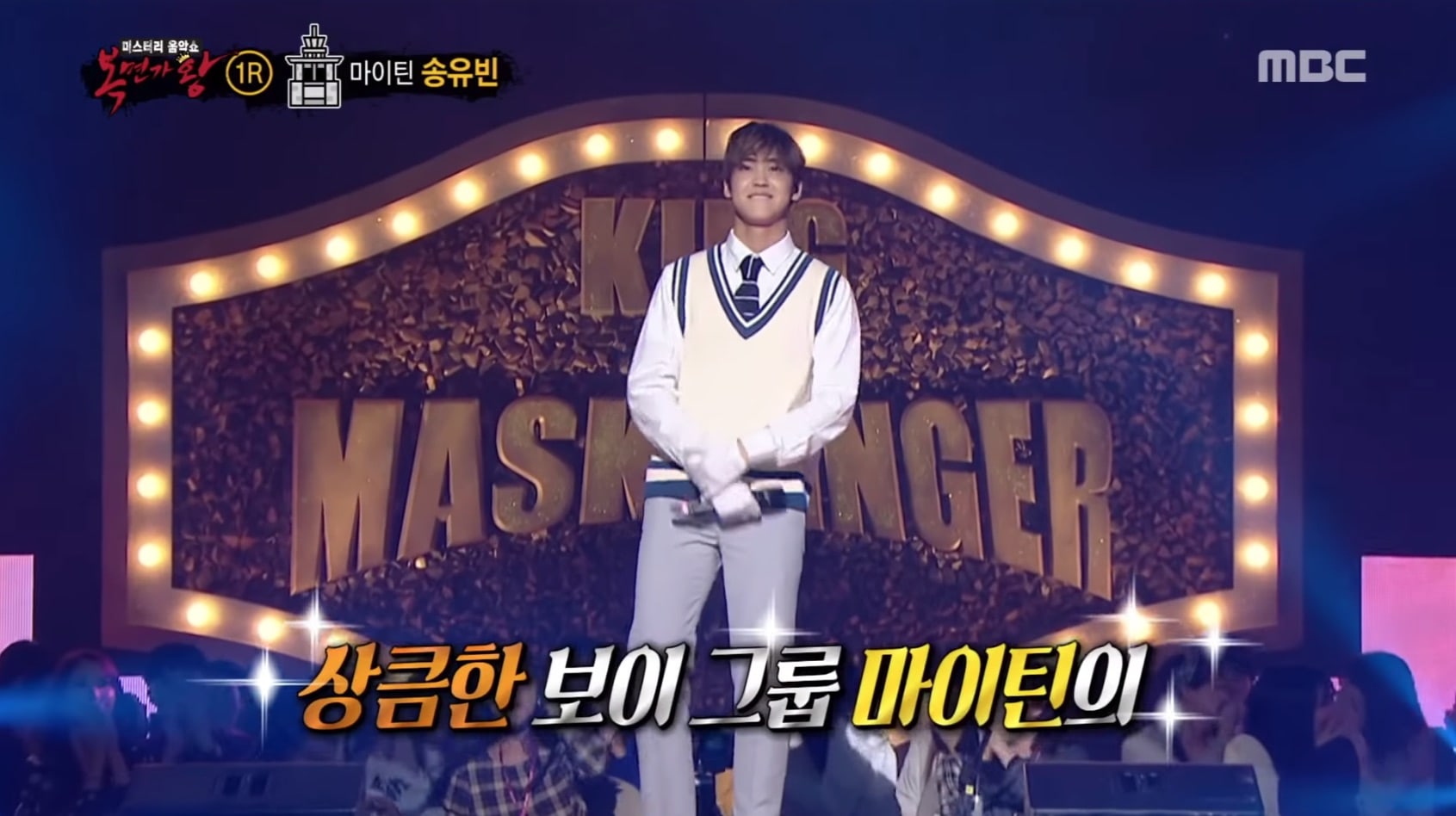 Dabotap turned out to be Song Yu Bin from “Superstar K6” as well as the idol group MYTEEN. He said, “I want to become a multi-entertainer like Lee Seung Gi and Seo In Guk. I want to be a top star.”

Song Yu Bin finished in the Top 4 of “Superstar K6” and signed with the agency The Music Works in 2015. After releasing some music as a solo singer, he debuted with MYTEEN in July 2017.

You can watch “The King of Mask Singer” here:

Song Yu Bin
MYTEEN
The King of Mask Singer
How does this article make you feel?