On October 14, the show aired the episode of the cast’s second day in Hong Kong. During their self-guided tour, Ahn Jae Hyun asked Block B’s P.O about his traveling style. When P.O answered, “I’m the type to eat a lot and go around a lot,” Ahn Jae Hyun replied, “You match well to my traveling style.”

The actor added, “I did not match well with Kyuhyun. Our traveling styles were the complete opposite.”

Kyuhyun was a cast member during the third and fourth seasons of “New Journey to the West.” The Super Junior member enlisted in the military on May 25, 2017, and is currently serving as a social service worker. 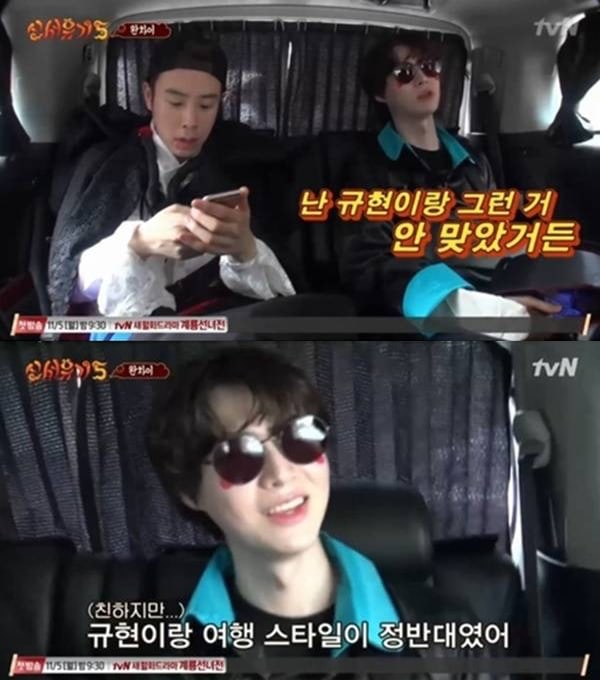 “New Journey to the West 5” airs on Sundays at 10:40 p.m. KST. Rewatch the fourth season of the show below!

Block B
Super Junior
Ahn Jae Hyun
Kyuhyun
P.O
New Journey to the West 5
How does this article make you feel?