The cast of tvN’s “New Journey to the West 5” struggled while solving quizzes and created some moments of hilarity.

On October 14, the cast played games during their second day in Hong Kong. Sitting on a two-story bus, they competed in speed quizzes and tried to guess the answer while their partner described the word. 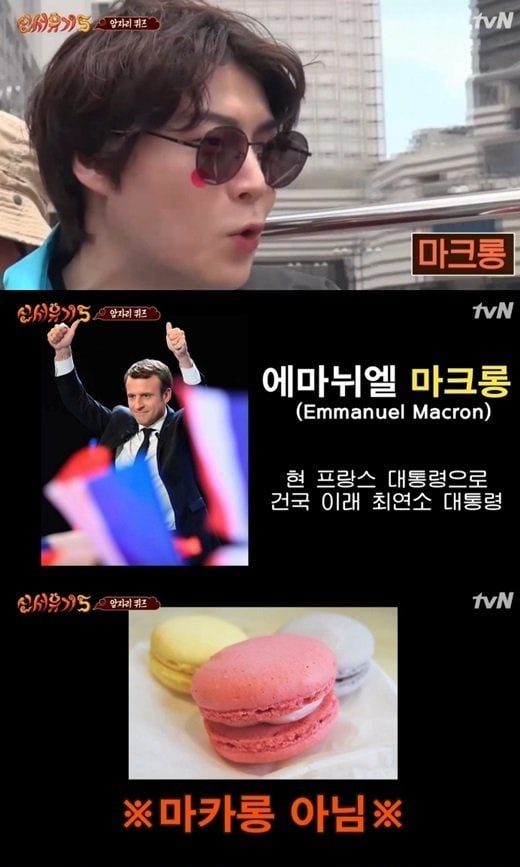 During the final round, SECHSKIES’s Eun Ji Won and WINNER’s Song Mino went up against Kang Ho Dong and Lee Soo Geun. Confused by what Helsinki was, Song Mino first reacted by asking, “What is this?” before describing it as “hell, song, key” in Korean.

At the restaurant, the cast sat in front of the international dishes and guessed the names of famous people. When Ahn Jae Hyun saw a picture of Jeon Somi, he said, “Mi So [which is also the Korean word for smile].” When the members criticized him for not knowing her name, Ahn Jae Hyun explained, “The person with a beautiful smile.”

Ahn Jae Hyun’s train of wrong answers continued. When he saw a picture of Black Panther, he said, “Black Tiger.” Lee Soo Geun commented, “You saw this film on the plane yesterday! How could you not know the name?” P.O also could not correctly name U.S. President Trump. When the members gave him another chance, P.O made the members burst into laughter by saying, “It was something-Peu.”

With their last item of food left, a picture of Super Junior’s Kyuhyun emerged. Ahn Jae Hyun startled everyone when he confidently stated, “Drunkard” [Kyuhyun’s nickname in Season 4]. He quickly corrected his answer to Kyuhyun, but the members looked at him in utter disbelief and returned the food to the staff. 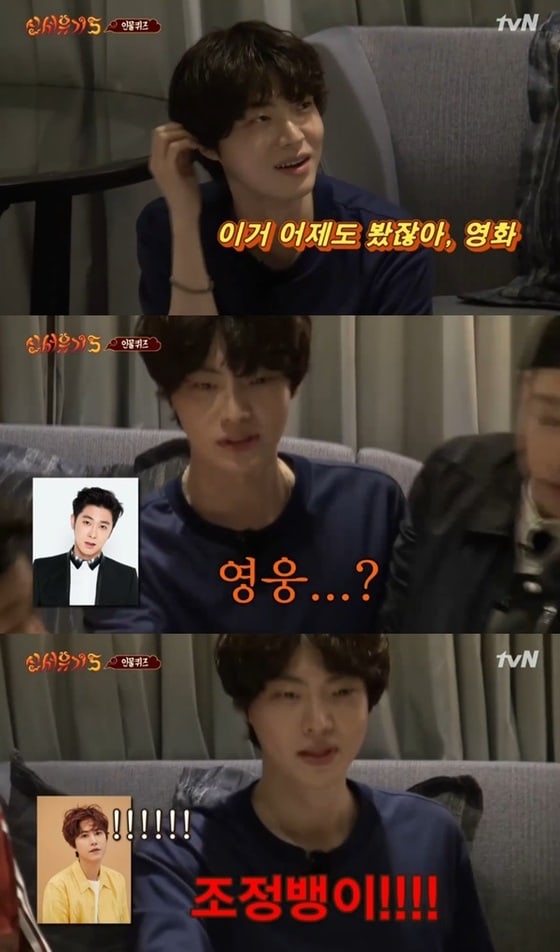 Ahn Jae Hyun
Song Mino
P.O
New Journey to the West 5
How does this article make you feel?