“When Time Stopped” is a new fantasy romance about a love that transcends time. The drama tells the story of Moon Joon Woo (played by Kim Hyun Joong), a mysterious and lonely man with the ability to stop time, and Kim Sun Ah (played by Ahn Ji Hyun), a woman that finds her way into his heart.

In the newly released poster, Kim Hyun Joong and Ahn Ji Hyun look happy and at peace as they sit together under clear blue skies. The poster’s caption asks wistfully, “Can you stop time for me…?”

The producers of “When Time Stopped” remarked, “We have revealed the main poster, which strongly exudes a warm vibe with its image of male lead Kim Hyun Joong and female lead Ahn Ji Hyun. We plan to steal viewers’ hearts by telling an intriguing fantasy romance story with each new episode, so we ask that you show a lot of interest and support.” 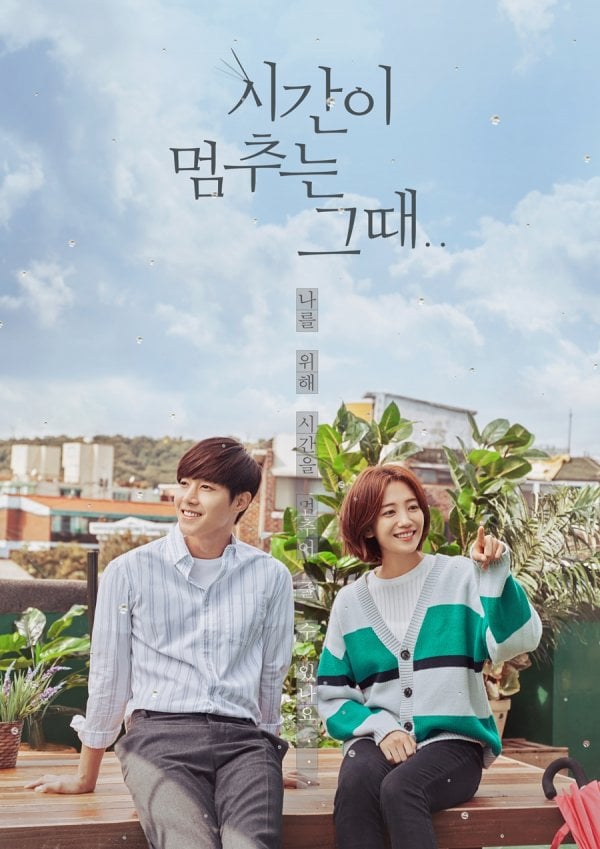