The revealed posters show the characters’ unique taglines that represent their personality. Moon Chae Won and Go Do Shim play the same character, Sun Ock Nam. Their tagline says, “I am a fairy. I am waiting for the woodcutter while running a coffee shop.” Sun Ock Nam wearing a traditional Korean dress while holding the modern coffee kettle allows the viewers to expect a whole new kind of barista that they have never seen before. 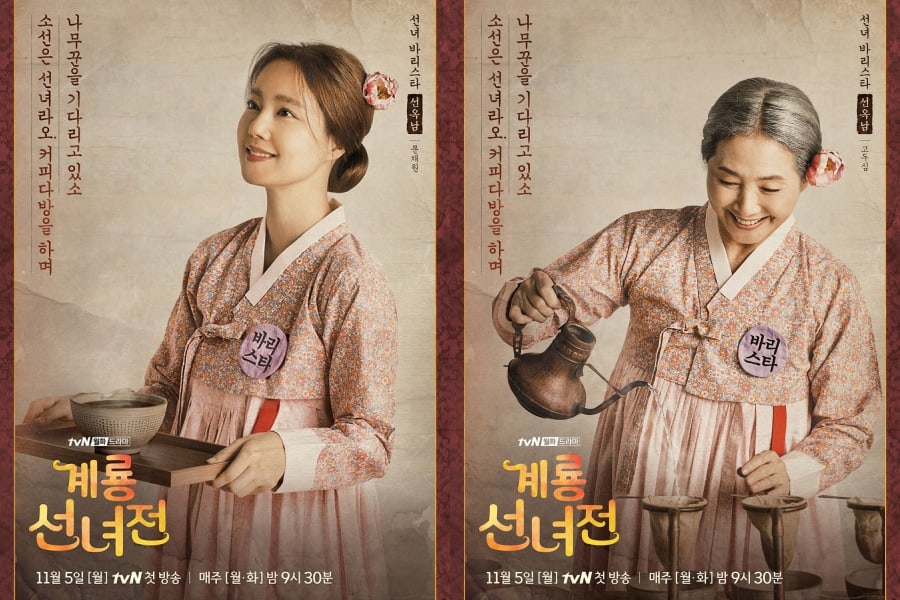 Yoon Hyun Min’s and Seo Ji Hoon’s different attitudes towards Sun Ock Nam are also emphasized in their respective taglines. Yoon Hyun Min’s poster says, “A fairy? More like a crazy woman! That’s very funny…” He looks suspicious and cold while Seo Ji Hoon has a warm smile on his face and says, “Ms. Fairy, you seem like a special person.” 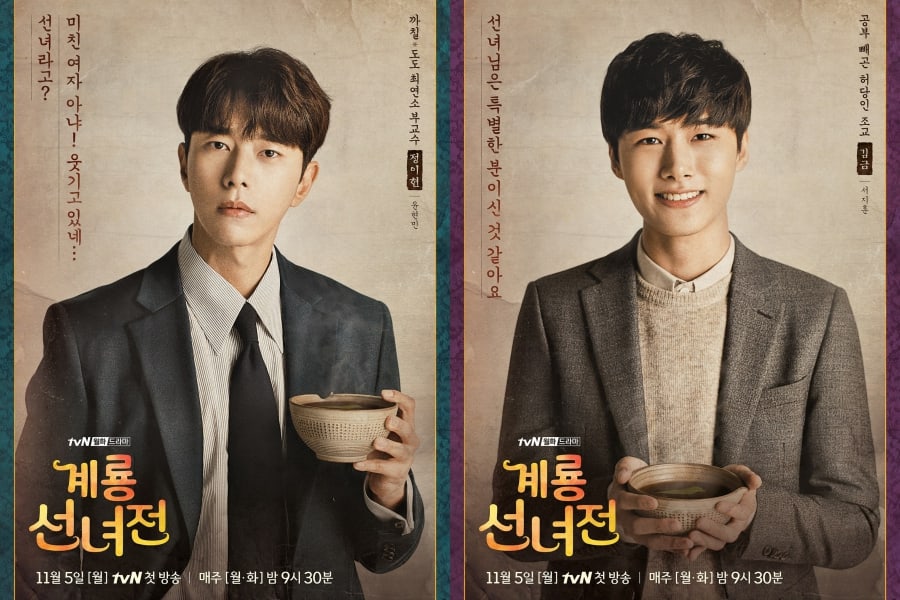 Sun Ock Nam’s daughter Jum Soon (played by gugudan’s Mina) looks cute and lovely with tiger ears, tail, and whiskers. She previously reincarnated as a tiger, so the unique traits of her character are well portrayed in the tagline which says, “I hope that you’re my dad. Meow.” 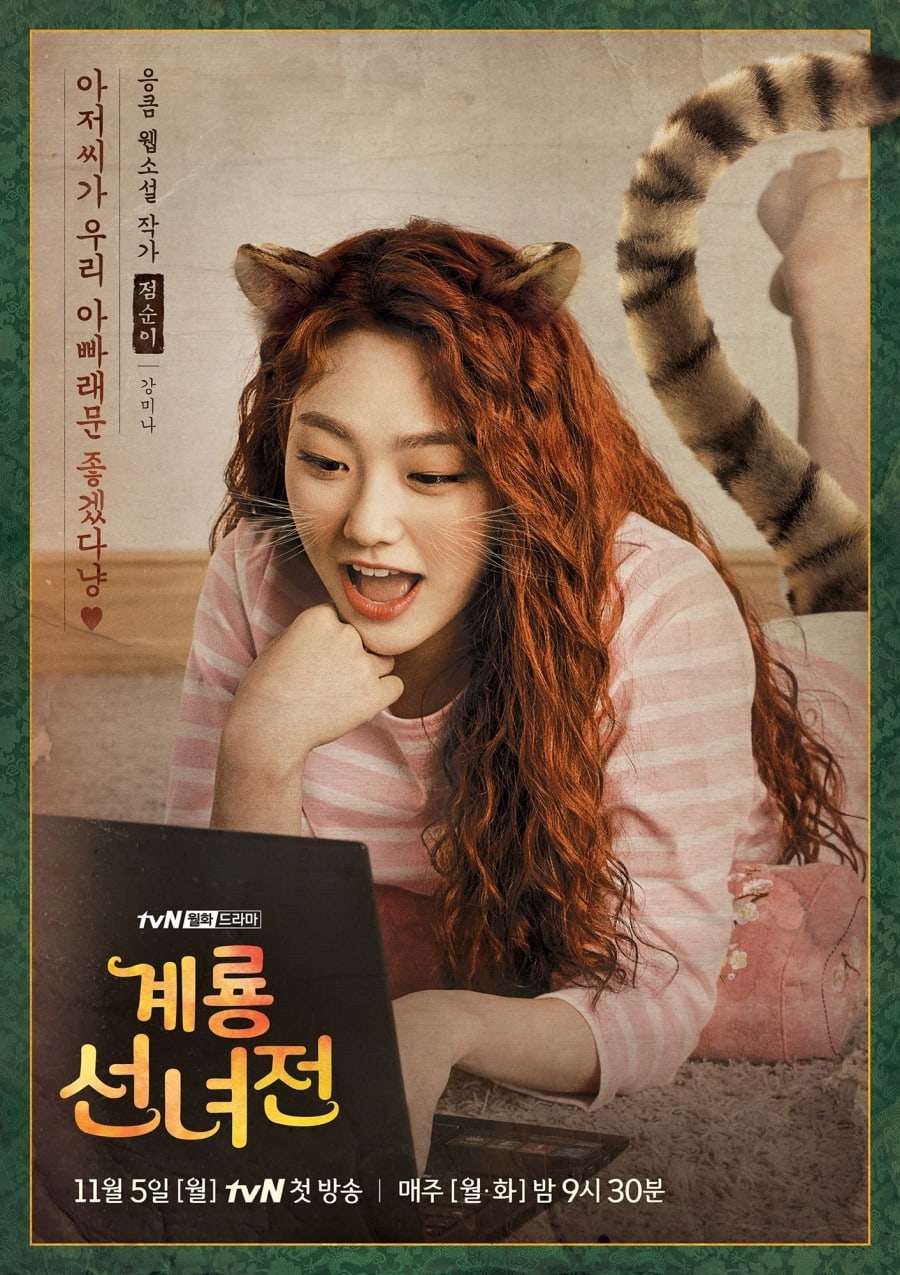 “Mama Fairy and the Woodcutter” will premiere after the finale of “100 Days My Prince.” It will air on November 5, 9:30 p.m. KST. You can check out the drama on Viki soon!