Lee Je Hoon and Chae Soo Bin are set to share a sweet moment in the upcoming episode of “Where Stars Land”!

SBS’s Monday-Tuesday drama “Where Stars Land” is set at the Incheon International Airport and tells the story of Lee Soo Yeon (Lee Je Hoon), a mysterious man who wears odd devices on his arms that hold a secret, and Han Yeo Reum (Chae Soo Bin), who has worked at the airport for one year and always does her best to be recognized for her work.

In the previous episode, Han Yeo Reum found out that Lee Soo Yeon had secretly helped her mother Yoon Hye Won (Kim Yeo Jin) at a airplane accident. When she confronted him about it and asked, “Do you like me?” he simply replied, “Yes.”

Things may be changing for the duo following that confession, as the new stills show them sharing an unexpected embrace in the airport terminal. The embrace will be coupled with a deeper conversation about Lee Soo Yeon’s earlier confession, and the two people’s chemistry will go up a notch. It remains to be seen whether Han Yeo Reum will open her heart up to Lee Soo Yeon as she now knows how he feels about her. 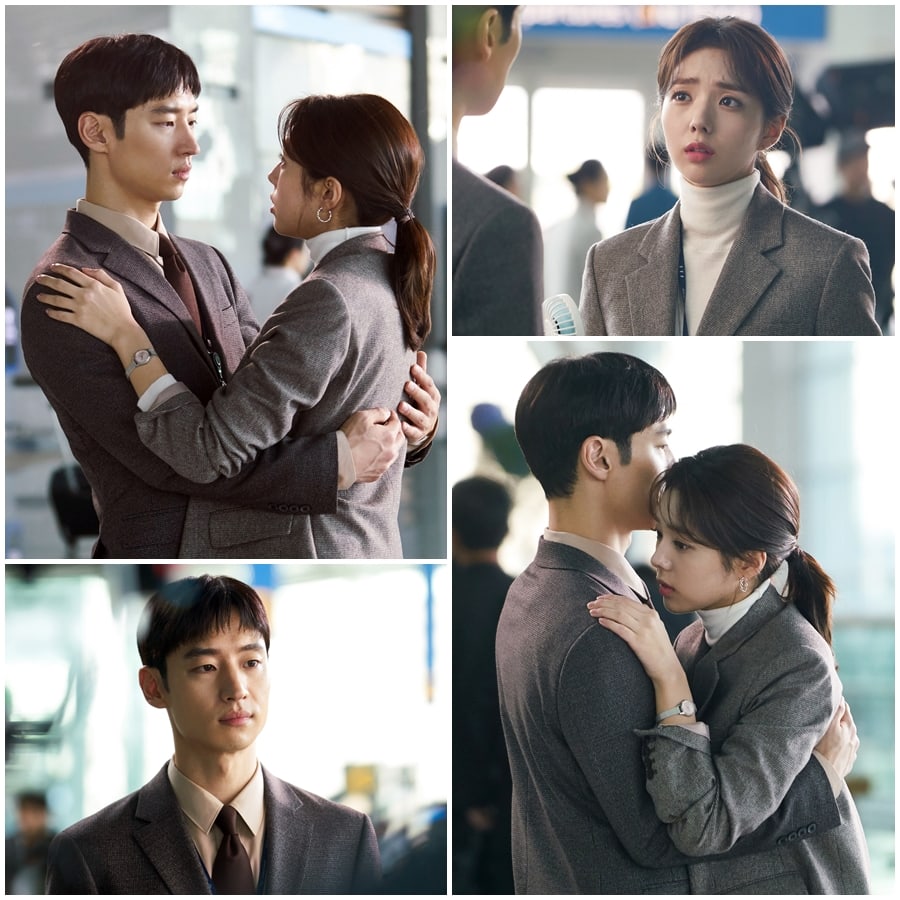 The production staff stated, “The upcoming scene at the airport that will air on October 16 will be another key scene to captivate viewers’ hearts following the ‘Latte scene.’ We hope viewers will keep watching to see whether romance will bloom for Lee Je Hoon and Chae Soo Bin.

The upcoming episode of “Where Stars Land” will air on October 16 at 10 p.m. KST. Catch up with the latest episode below!