Watch: NCT 127 Members Battle It Out To Show Why They Deserve Title Of “Mark’s Other Half”

Everybody in NCT 127 loves Mark, and they were more than happy to prove just how much they adored him!

The episode of JTBC’s “Idol Room” that aired on October 16 followed MCs Jung Hyung Don and Defconn as they visited the SM Entertainment offices for their episode with NCT 127.

During the “Fact Check” corner, the question was raised of which NCT 127 member is Mark’s other half. There were two members who stepped up to claim that title, Jaehyun and Jungwoo. According to the Mark, Jaehyun had always been considered his other half but that was being challenged as Jungwoo was recently discovered to have been saved on Mark’s phone under the name “My Other Half Zeus.” 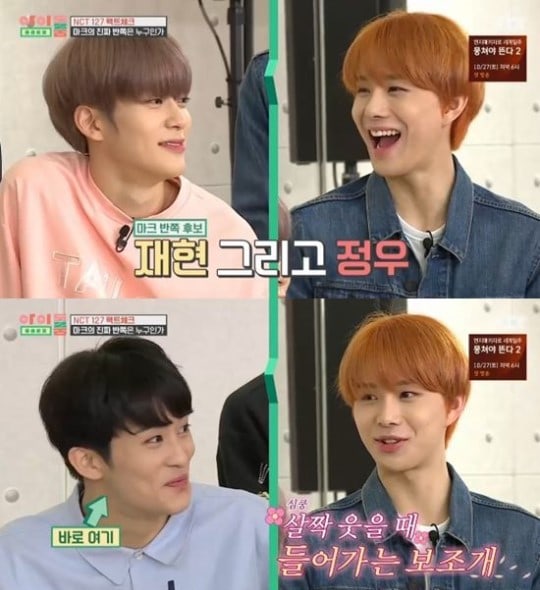 When asked when it all started for him, Jungwoo replied, “Ever since the very beginning.” He also picked Mark’s dimples as his biggest charm. Meanwhile, Jaehyun claimed to be Mark’s other half because they connect on a lot of things, like singing the same song at the same time.

It was then that Taeyong revealed that there was one more contender for the title of “Mark’s other half.” He said, “Doyoung has a poster of Mark stuck to his ceiling,” and Doyoung explained, “I ordered one of our albums with my own money, and I got Mark’s poster. So I put it up.” But he didn’t turn down the offer to claim the title, and the three continued to try and prove why they were Mark’s other half. 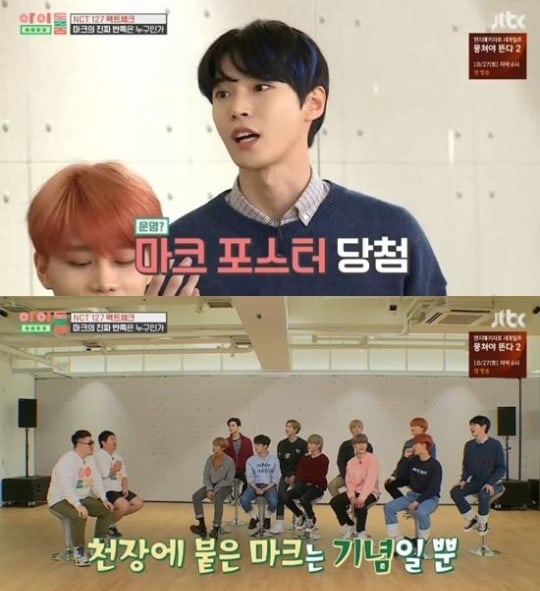 In order to settle the score, Jaehyun, Jungwoo, and Doyoung engaged in a serious of tests. The first was Mark and one of them would have to hold hands and use one hand each to peel a tangerine and feed it to Mark. See who was able to finish the task the quickest below!

The second test was a quiz, where the questions were based on Mark, to see who really knew Mark the best. The first question was “What is a secret about Mark’s body?” to which the answer was that he has flat feet, while the second question was, “When does Mark find himself to be the most handsome?” and the answer was, “When Mark is standing still and not saying anything.”

Check out who was determined to be Mark’s soulmate below!