On the October 16 broadcast of MBC’s “Video Star,” iKON members Donghyuk, Yunhyeong, and Chanwoo talked about what it’s like working with B.I in the recording studio and how, sometimes, B.I’s comments are hurtful.

Donghyuk said, “We know why B.I is mad and why he’s being harsh, but sometimes it really hits you where it hurts. There are levels to B.I’s anger [in the studio]. First, he’ll stop you and just say normally, ‘Let’s try it again.’ The second time, he’ll sigh and [say ‘Let’s try it again’ with more warning in his voice]. If it’s extreme, he’ll stop you [and then there’ll be silence]. He won’t say anything.”

Though it was hurtful, said Donghyuk, he felt more apologetic and frustrated for not being able to do as well as he wanted. “After recording, I told B.I that I was sorry, and he said, ‘It’s okay, you did well.’ He’s really only [strict and severe] when he’s working.” 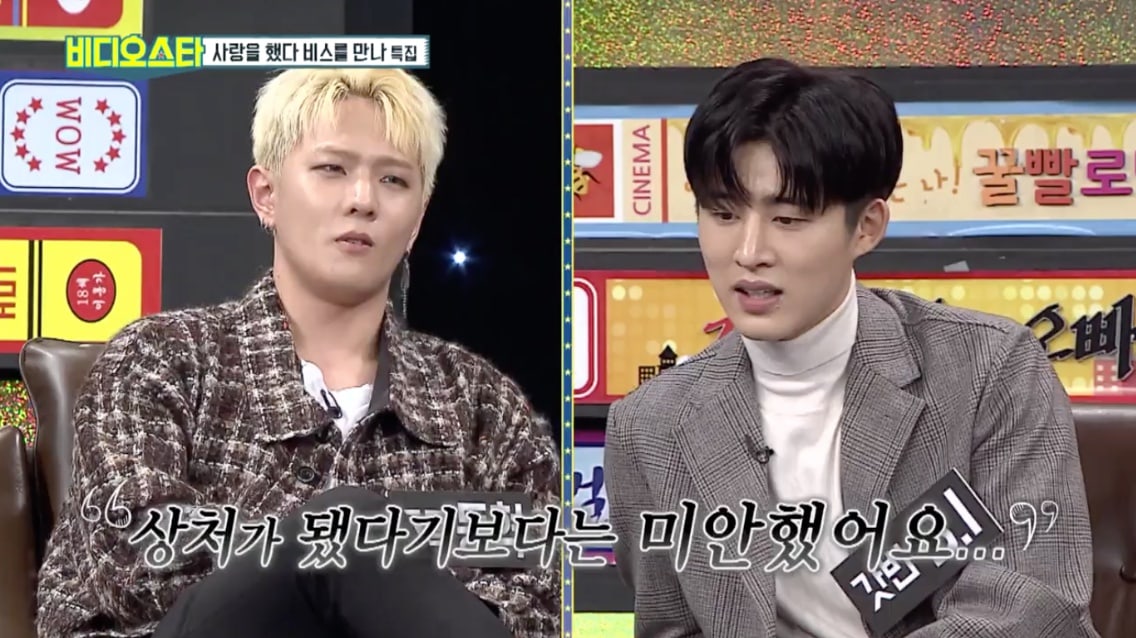 Yunhyeong added that he also feels sorry, but that if B.I is too hard on him, it makes him nervous, which affects his performance even more. “I’ll just think, ‘What is B.I going to say to me next?’ I know he doesn’t mean to hurt our feelings, but in the moment, it does hurt.”

Chanwoo even revealed on the show that one month ago, he cried after being scolded by B.I. “I was alone in the practice room, [so no one knew].” 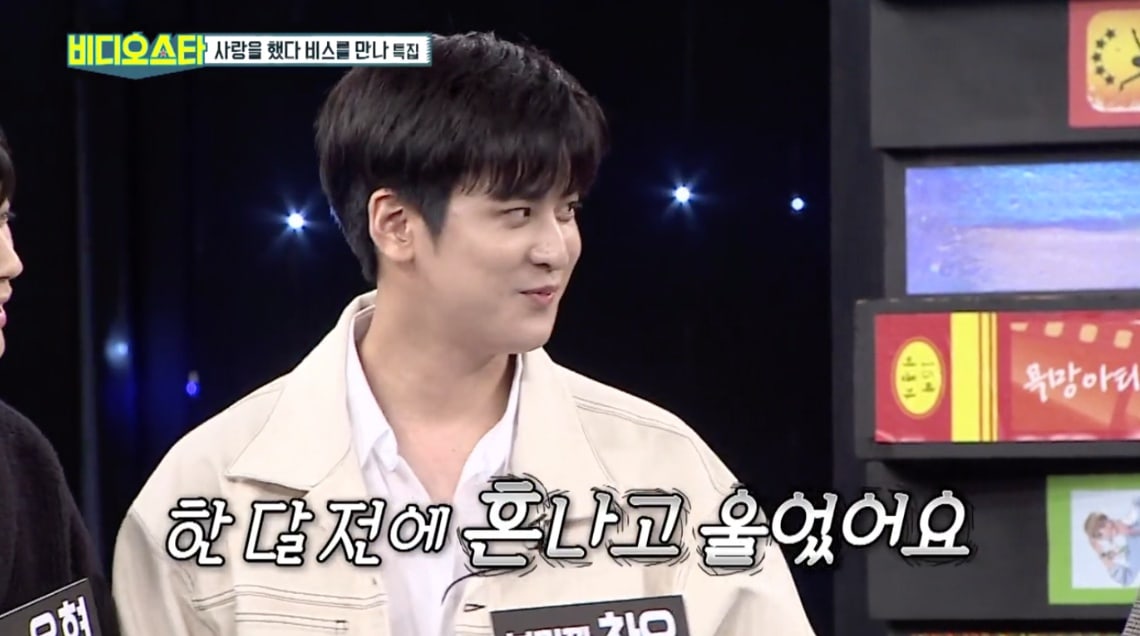 At the hosts urging, the iKON members held hands and said “Thank you, I’m sorry, and I love you.”

After listening to everything his team members had to say, B.I said, “To the three members that are scolded by me the most when recording, thank you for being patient with me even though I say a lot of harsh things, I’m sorry for being harsh when I could’ve said something in a nice way, and I love you, without reason or condition.”