iKON answered fan-submitted questions for “Ask in a Box”!

On October 16, iKON was the latest group to take part in 1theK’s video series.

A fan asked Bobby if he got the choreography wrong in the MV for the group’s newest title track “Goodbye Road” and he answered, “Yes. I liked that no one caught it.” Jinhwan pointed out, “The fans noticed right away,” and B.I added, “It came up on social media.”

Bobby also chose Junhoe’s part in “Perfect” for a vocal part that he wants to sing. After Junhoe sang his part, Bobby tried his best to sing the part and made the members laugh. Junhoe also fulfilled a fan’s request to sing a rock version of “Goodbye Road.”

When B.I was asked to choose which of his lyrics he likes the most, he picked, “I didn’t love you just to break up with you.” He explained, “The emotion behind the lyrics changes with the words ‘just to.'” He also revealed that Bobby was the one who took his shirt off in the scene with the sound of Junhoe screaming in the “Goodbye Road” MV because Junhoe’s body at the time of filming was not ideal, even though it’s great now. 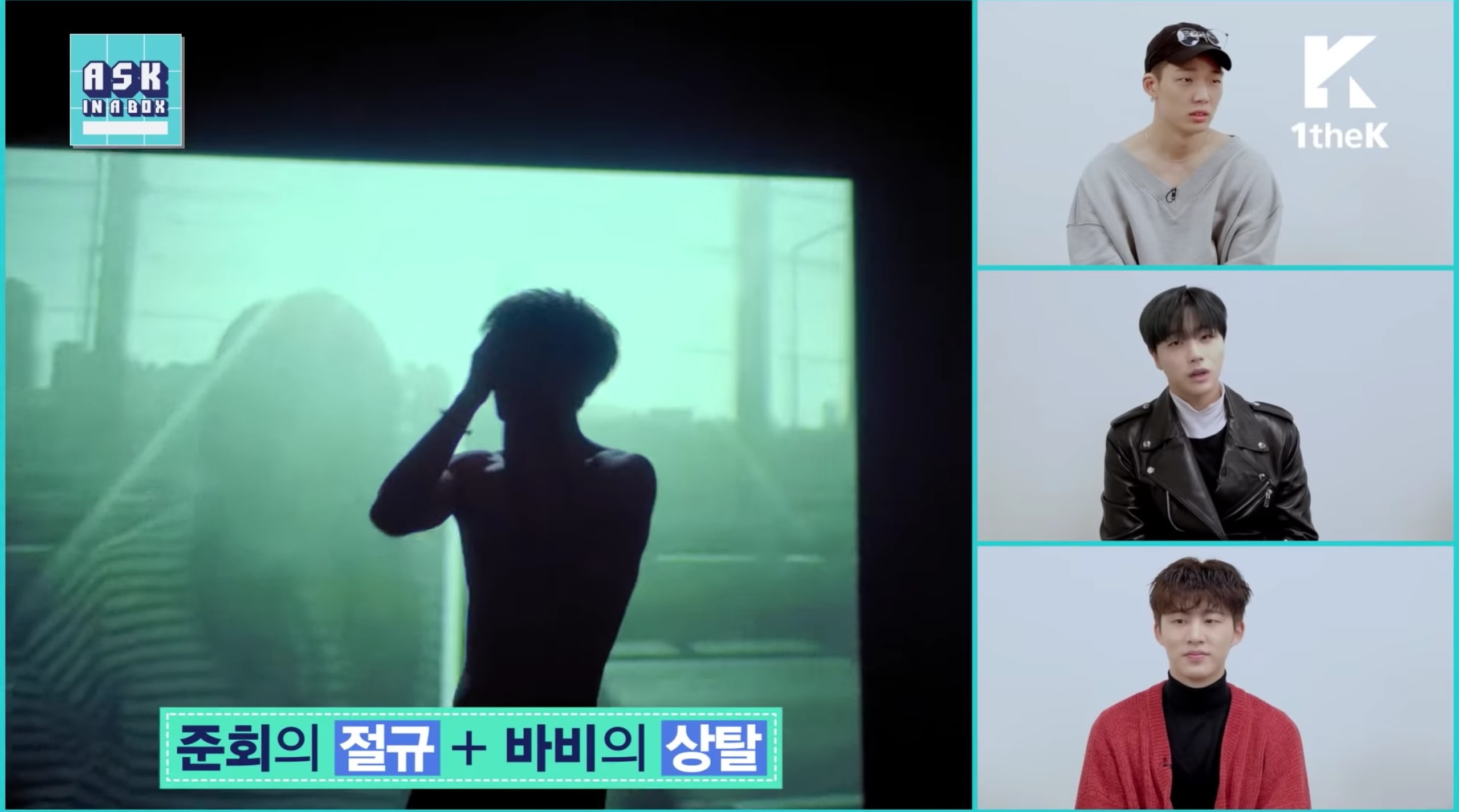 A fan asked B.I who his ideal type would be if the iKON members were girls. After debating between Jinhwan and Yunhyeong, he chose Yunhyeong. Yunhyeong then chose B.I as the member he wants to go on vacation with. He explained, “There are rumors that B.I goes to Jeju Island during vacation. B.I is fun to hang out with.”

Jinhwan expressed confidence that he’s a better rapper than Bobby, before showing off some verses.

Youngest iKON member, Chanwoo, was given the opportunity to speak informally to the older members and vice versa. He took this chance to ask Jinhwan to rap for him.

iKON members then impersonated B.I as a producer, showed off their current favorite poses, and concluded with an acrostic poem to the words “Goodbye Road, let’s be a huge hit.”

Watch the full video of iKON with English subtitles below!