APRIL Shares What Surprised Them While Filming MV For “Oh! My Mistake”

APRIL celebrated their comeback with fans in a V Live broadcast!

On October 16, APRIL made their return with the new mini album “The Ruby,” and also released the music video for their title track “Oh! My Mistake.” 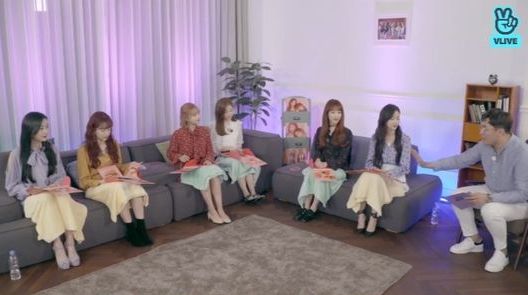 During their V Live that day, Chaekyung said, “It feels strange since we’re making a comeback for the first time in a while, but I’m sure it will start feeling real as we promote. So I’m looking forward to that.”

The members showed off the three versions of their new mini album to fans, and picked their favorite photos from inside. Jinsol said, “I picked the lying-down photo. The reaction was good while we were shooting it as well. I hadn’t been complimented like that in a long time, so I was touched.”

Chaekyung also shared that she’d really been eating the candy she posed with during the photo shoot, and so she had to get a new candy three times. The APRIL members chose their favorite photos featuring the other members and praised each other on their beauty and how mature they looked. 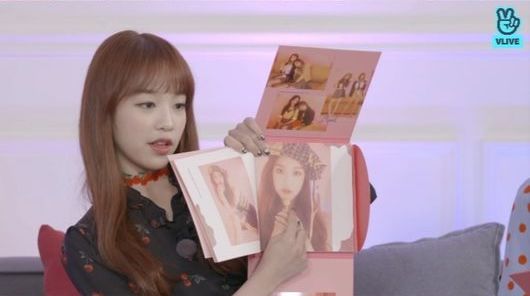 After showing off some of the key points of the choreography from “Oh! My Mistake” for their fans, they taught them the fan chant.

When talking about their new music video, Naeun said, “There were butterflies placed on our clothes and ourselves. They weren’t fake, they were real butterflies. The butterflies were so big.”

Jinsol added, “In the car scene, I thought the car was a replica, but it was real.” She said with a laugh, “I thought, ‘I should buy this kind of car one day.'”