tvN’s “The Smile Has Left Your Eyes” has unveiled new stills from its upcoming episode!

On the latest episode of the mystery melodrama, Kim Moo Young (played by Seo In Guk) and Yoo Jin Kang (played by Jung So Min) grew closer as they opened up to one another about their difficult childhoods and their similar emotional wounds. For the first time, Yoo Jin Kang saw that there was more to Kim Moo Young than his playful, cocky exterior, and she finally started to see him in a new light.

The newly released photos from the drama’s next episode show Kim Moo Young beginning his courtship of Yoo Jin Kang in earnest. Yoo Jin Kang appears to have injured her arm in the car accident caused by Im Yoo Ri (played by Go Min Si), and Kim Moo Young comes to her rescue by opening doors for her and staying by her side.

Although Yoo Jin Kang is a bit wary of his aggressive displays of affection, Kim Moo Young remains undeterred and resolute. Not afraid to make his feelings known, he pursues her relentlessly as he unexpectedly becomes her knight in shining armor. 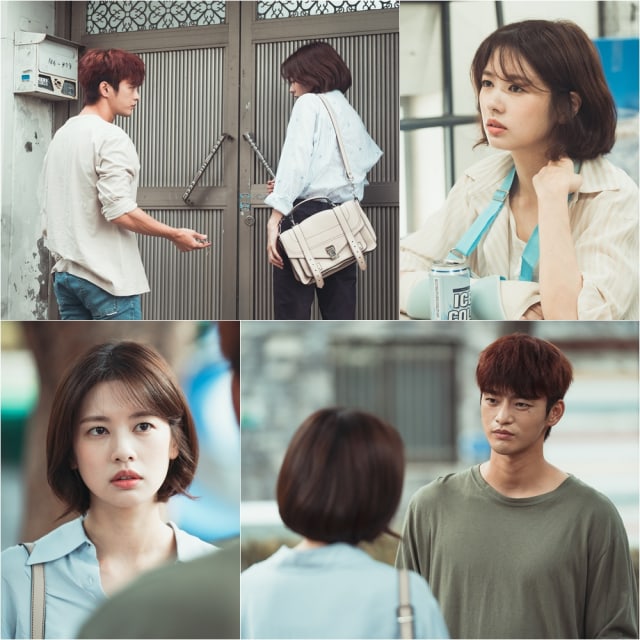 The producers of “The Smile Has Left Your Eyes” commented, “This week, Seo In Guk will unflinchingly express his strong feelings of being drawn to Jung So Min. Seo In Guk will make a transformation as he [does kind things] like helping the injured Jung So Min commute to and from work. To find out whether his transformation changes the nature of their relationship, tune in to Episode 5 on October 17.”