On October 17, it was reported that the film “Dark Figure of Crime” surpassed 3 million moviegoers in 15 days.

“Dark Figure of Crime” has drawn moviegoers with Kim Yoon Suk and Joo Ji Hoon’s tense psychological warfare and gripping storyline. Despite fierce competition from domestic and international films at the box office, “Dark Figure of Crime” remained as the No. 1 movie since the second week of its premiere.

In order to celebrate their newest feat, Joo Ji Hoon and Kim Yoon Suk expressed their gratitude to moviegoers. The leads recreated a scene in the film where they sit across from one another, except this time, they held up a heart garland that read, “Thank you for 3 million.” 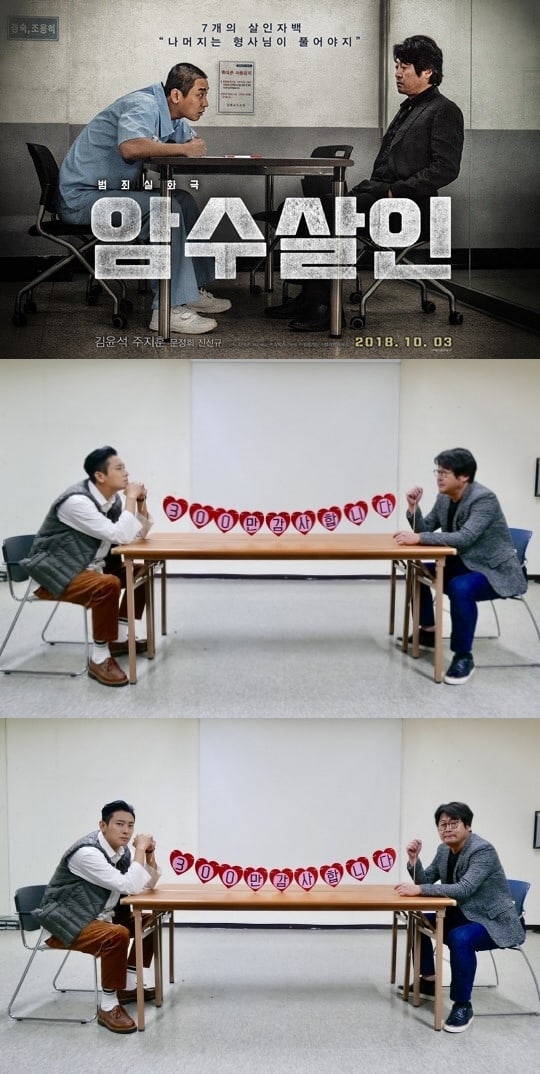 “Dark Figure of Crime” is about a detective who investigates a case after believing the confession of a murderer. It features a star-studded cast including Kim Yoon Suk, Joo Ji Hoon, Moon Jung Hee, Jin Seon Kyu, and Heo Jin, and is directed by Kim Tae Kyun of “Spring, Snow.”