15 Golden K-Dramas That Are Always Worth Rewatching

As an avid K-drama watcher, there are a lot of dramas that I’ve watched more than once. There’s many factors that play into wanting to watch a whole series more than once. Most of the time, it’s because of two main reasons: the two main leads and their chemistry, and how captivating the storyline is. I find myself enjoying these dramas just the same the second time around despite already knowing the outcome. Here’s my list of 15 K-dramas that are worth the re-watch!

The K-drama is almost 10 years old, but it somehow still manages to capture hearts. The chemistry between Ra Im and Joo Won as the main leads really makes you believe in love. Their story is both realistic and touching. Joo Won knows that the pressure of his family will make it difficult for his relationship with Ra Im to work out, but despite this he continues to pursue her. The romantic gestures and lines from Joo Won that end up winning Ra Im’s heart are so romantic and you can watch it about a dozen times without getting sick of it.

Ji Chang Wook plays the antihero named Seo Jung Hoo, who spends his nights running errands in order to save money. He does this so he can live the rest of his life secluded from the world, until one day, he falls in love with Chae Young Shin (Park Min Young). 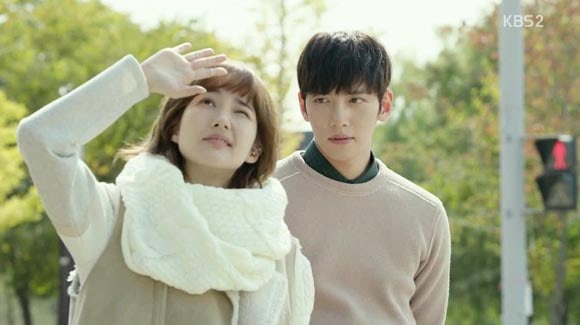 “Healer” is one of those action K-dramas that you can never get sick of. Mainly because its got the perfect balance of cool action scenes alongside the hot and steamy romance. You also have the added bonus of seeing Ji Chang Wook for 20 episodes – can’t go wrong with that, right?

There’s something about Kim Bok Joo (Lee Sung Kyung) that makes this series hard to get sick of. Yes, she’s a weightlifter, but her character is so darn relatable. The journey she embarks on while taking on first loves, heartbreak, school pressures, family, and friends all makes for a storyline that you can’t get sick of.

I especially appreciate the fact that our female lead hero doesn’t adhere to the typical female leads that K-dramaland is used to. She wears hoodies, track pants, and suits, and still manages to be a hero that many viewers can respect and fall in love with. 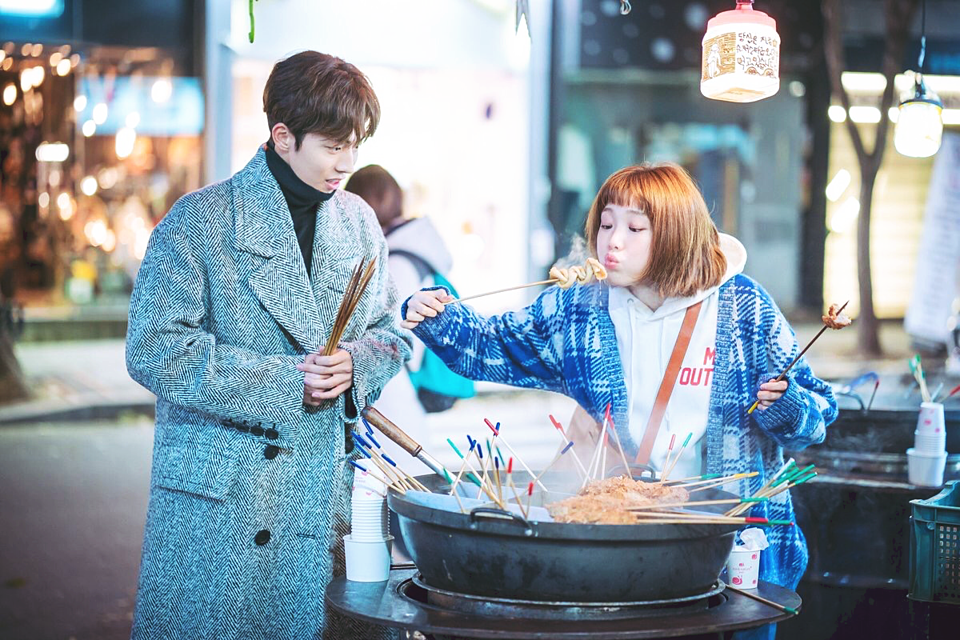 This retro-y K-drama starring Seo in Guk and Jung Eun Ji is always fun to rewatch mainly because of its nostalgic vibes. It’s set in the ’90s, which some people might not be able to relate to, but Sung Shi Won (Jung Eun Ji) is totally relatable, especially for those hardcore fangirls out there.

Sung Shi Won is a hardcore H.O.T fan, but aside from this fact, she’s also a normal teenage girl who goes through the pains of first love, death, and true friendships, which obviously never gets old! I also have to mention that the duet that Seo In Guk and Jung Eun Ji sing for the OST is so sweet and can be appreciated time and time again. 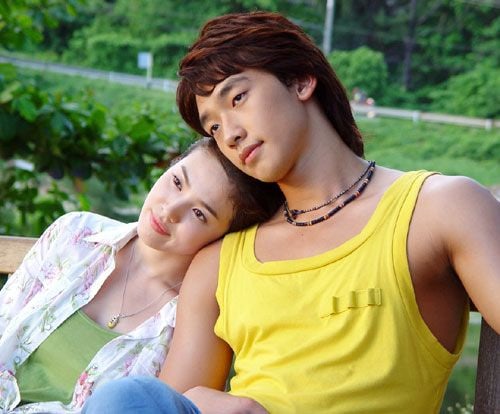 “Full House” stars Song Hye Kyo and Rain as two opposite personalities who by chance end up having to be roommates with each other. Despite their deep hate for each other, the two develop a relationship that becomes more love-hate and then eventually full out love.

It’s a cute drama where you can see a very young Song Hye Kyo and Rain display their on-screen chemistry. There’s a lot of moments that are hilarious and adorable that even when watching now, don’t seem to be too cheesy. It’s also a classic K-drama that every true K-drama watcher has to have watched!

Seeing Hwang Jung Eum as the frizzy haired, freckly faced Kim Hye Jin transform into a more confident version of herself is a trope that we really can never get sick of. And when you mix in Park Seo Joon as the male lead, you really can’t go wrong. There’s also an awesome sismance between Hwang Jung Eum’s character and Min Ha Ri (Go Jun Hee) that is adorable to see! 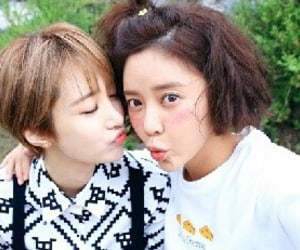 7. Descendants of the Sun

Starring Song Joong Ki and Song Hye Kyo, it’s undeniable that this series can be watched over and over again. With the fictitious setting of Uruk and the two lovers who have a lot of barriers keeping them from being together, it’s a story that’s so classy and so romantic. The series is full of lines and scenes that are hard to shake, which makes the re-watching part so easy to do!

Plus, you have the added bonus of seeing some genuine chemistry between the two leads and the early stages of the Song-Song couple! 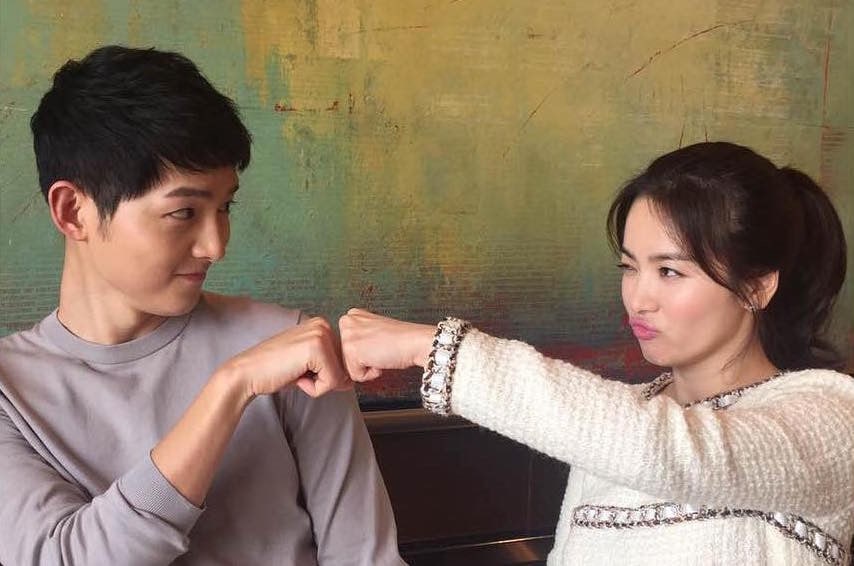 Although the love story between Kim Tan (Lee Min Ho) and Cha Eun Sang (Park Shin Hye) isn’t everyone’s cup of tea, the extended cast makes this series worth the re-watch. When you’ve got f(x)’s Krystal, CNBLUE’s Kang Min Hyuk, Kang Ha Neul, Park Hyung Sik, Kim Ji Won, and Kim Woo Bin, it’s really an all-star cast that you can’t get sick of seeing for 16 straight episodes. Especially seeing how a lot of these rookie actors have now established them so well in the industry! 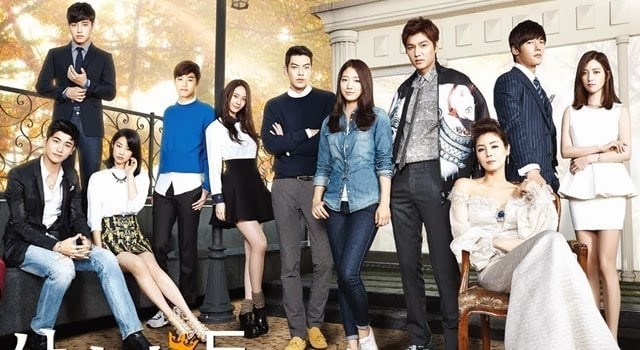 This series stars veteran actors Jo In Sung and Gong Hyo Jin, which means you really can’t go wrong performance wise. Jo In Sung plays Jang Jae Yeol, an enigmatic writer who is dealing with the effects of a traumatic childhood. He comes across a feisty psychiatrist named Ji Hae Soo, played by Gong Hyo Jin. The two fall in love and are faced with having to deal with each other’s issues together.

The series really brings the issue of mental illness to light. Especially with Jo In Sung’s acting and various other appearances by some veteran actors, this series can be watched over and over again. It’s got a strong message that needs to be shared and will never get old! Also, (for you EXO fans) this series marked a big stepping stone in D.O.’s acting career!

The “woman who’s mistaken for a man” trope has been seen in various series in K-dramaland, but this one takes the cake in terms of appreciating it no matter how much time has passed. Gong Yoo stars as coffee shop owner, Choi Han Kyul, while Yoon Eun Hye plays the tomboyish barista, Go Eun Chan. Together, they share a journey in their relationship that hasn’t really been seen in any other K-drama. Their romance and chemistry on-screen is so believable that no matter how many times you watch the series, you feel some intense butterflies.

“Kill Me Heal Me” stars Ji Sung as Cha Do Hyun and Hwang Jung Eum as Oh Ri Jin in this melodrama that involves a man with multiple personalities falling in love with a psychiatrist. One of the main reasons why this series is such a delight to watch and can be watched repeatedly is for Ji Sung and his incredible acting skills. He’s able to portray several different personalities so flawlessly.

How can we forget Yona? 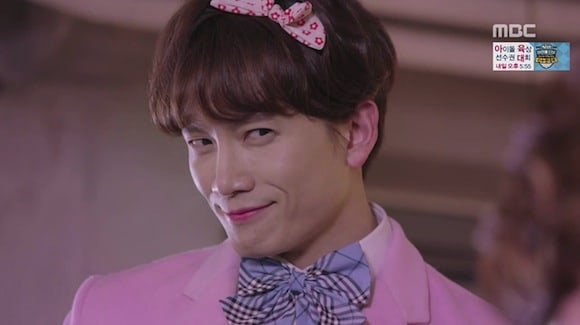 And the cool Shin Se Gi? 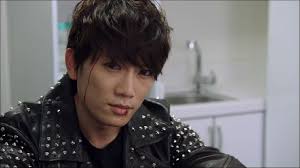 It’s truly a performance by Ji Sung that can be appreciated for many years to come!

Start watching “Kill Me, Heal Me”:

There are two solid reasons why “The Greatest Love” is a re-watchable series. The first reason is because of the enigmatic and charismatic Cha Seung Won with his incredibly unique character and phrases. He really sets the tone of the series and makes it so watchable.

Another reason is the second-lead, who is hands down one of the most swoon-worthy second leads in drama history. Yoon Kye Sang plays Yoon Pil Joo, the herbal medicinal doctor who falls in love with Gu Ae Jung (Gong Hyo Jin) despite her clumsy and goofy nature. The fact that he sticks up for her and is willing to be with her despite his status is oh so endearing. 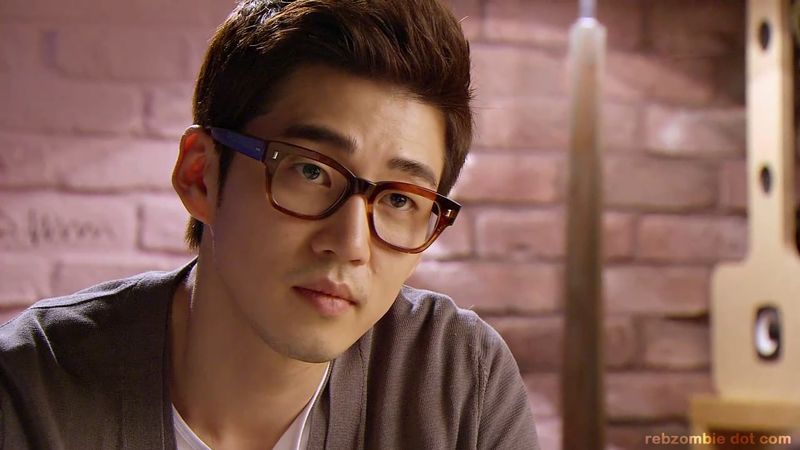 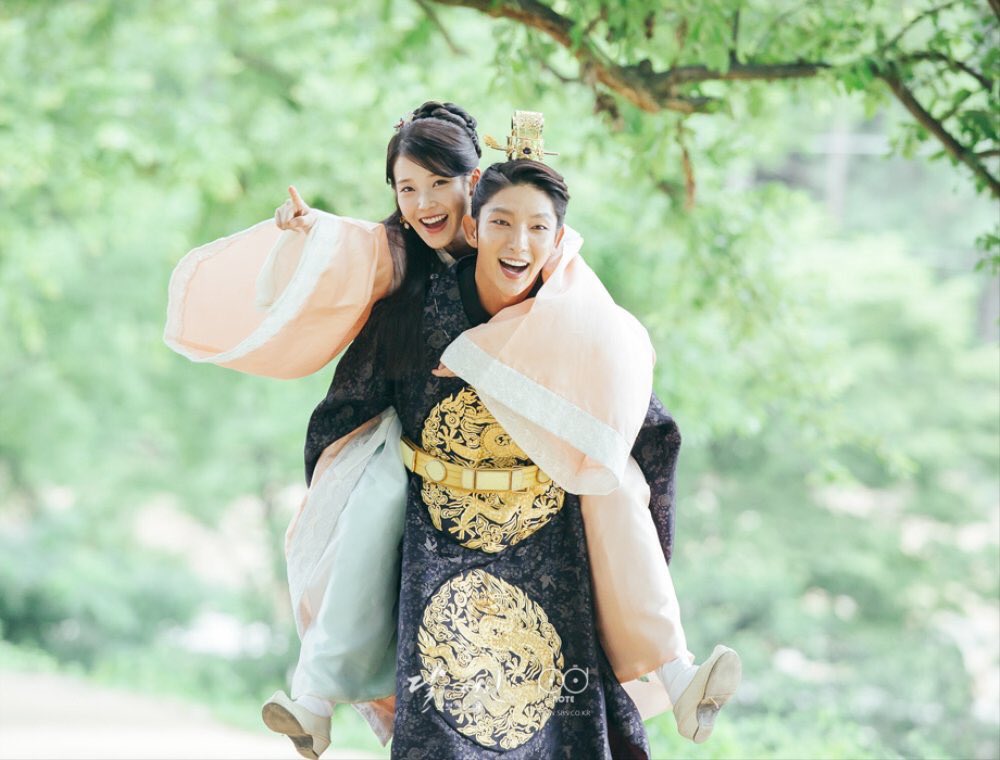 The unrequited love of Wang So and Hae Soo in this heartbreaking sageuk series won the hearts of many. Although it didn’t have many happy moments, it’s a series that is not only rewatchable for the intense and romantic love story between the two leads, but because of the incredible supporting cast. 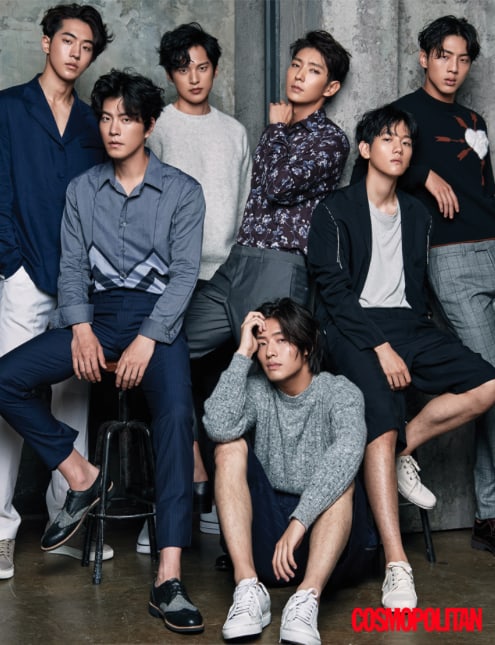 This cast was pretty epic in proportion and had a serious amount of eye-candy that anyone can appreciate!

“Autumn In My Heart” is one of those classic dramas that stand the test of time for its heartbreaking script and beautiful cast. Song Seung Hun, Song Hye Kyo, and Won Bin star in this melodrama that is so tragic that it’ll have you shook for awhile. There are lines from the script that are still recited to this day, and it is also a series that was a huge stepping stone for the three now Hallyu stars. 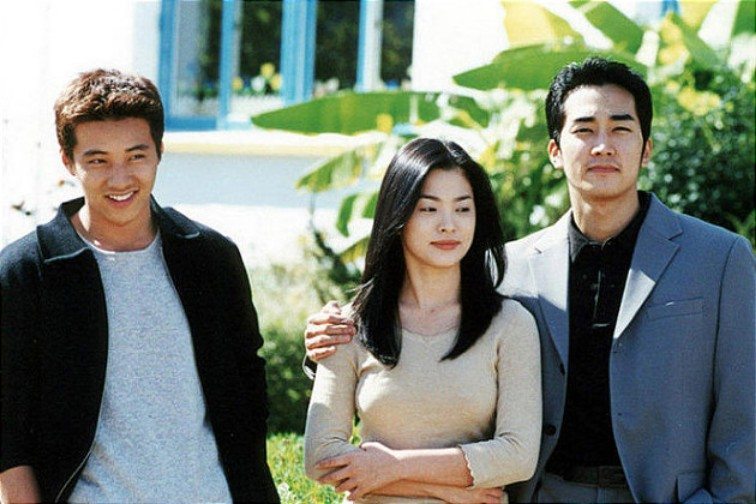 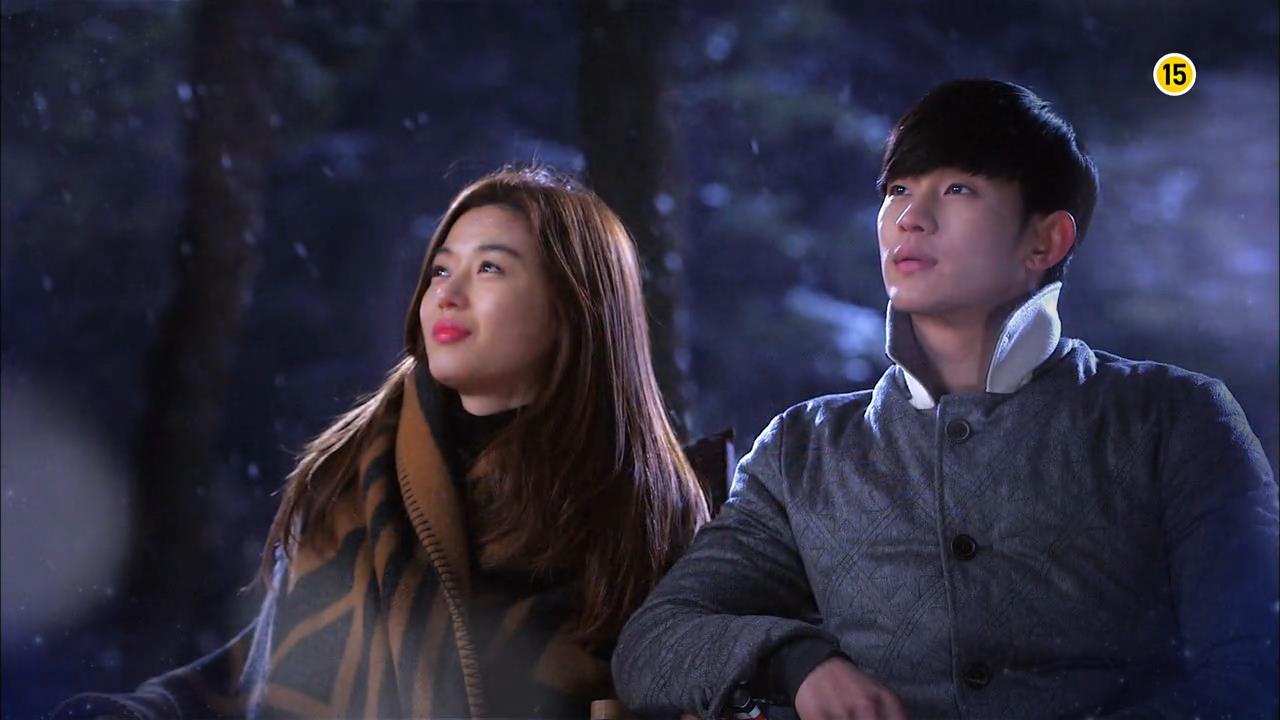 “My Love From the Star” is a series that took all of Asia by storm. Kim Soo Hyun stars in this drama as Do Min Jun, an alien with a chip on his shoulder who falls in love with the vain and outrageous actress, Chun Song Yi (Jun Ji Hyun). This series is rewatchable for the two main leads alone, but when you add the unique story written by Park Ji Eun, you have yourself a drama that never gets old. It’s also a go-to title if you’re looking to introduce your friends and fam to K-dramas!

Start watching “My Love from the Star”:

Hey Soompiers, which K-dramas do you always go back to and watch over and over again? Let me know in the comments below!

Catch up on both the latest and classic dramas this Fall season with 30% OFF Viki Pass Standard Annual. Offer Valid 10/17 – 11/20 PDT. Learn more here!

Currently watching: “Terius Behind Me,” “Beauty Inside,” “The Third Charm,” and “Where Stars Land”
All-time favorite dramas: “Secret Garden,” “Goblin,” “Because This Is My First Life,” “Star In My Heart”
Looking forward to: Won Bin‘s return to the small screen and Song Joong Ki‘s next drama

Soompi Spotlight
My Love From the Star
It's Okay That's Love
Healer
Kill Me Heal Me
She Was Pretty
Descendants of the Sun
Scarlet Heart: Goryeo
Autumn in My Heart
Coffee Prince
Full House
Secret Garden
The Greatest Love
Reply 1997
Heirs
Weightlifting Fairy Kim Bok Joo
How does this article make you feel?