Fave Entertainment is officially gearing up to debut a brand-new girl group!

On October 19, Fave Entertainment announced, “Fave has begun preparing for the launching of a new girl group (tentatively named) ‘Fave Girls,’ with the goal of debuting in early 2019. We are officially starting their debut countdown project.”

Starting on October 21, Fave Entertainment will begin revealing information about seven trainees who are candidates to debut as members of “Fave Girls.” The agency will also release behind-the-scenes footage of the girls preparing to make their debut.

Additionally, the “Fave Girls” candidates will kick off their new project by performing at a special “Pre-Show” entitled “WE?” on November 11 at the Ilchi Art Hall in Seoul.

According to the agency, the new girl group will consist entirely of teenage members. Although a number of Fave Entertainment trainees appeared on JTBC’s audition program “MIXNINE” last year, it has not yet been revealed whether any of those contestants are included in the lineup for “Fave Girls.”

Fave Entertainment commented, “We are currently in the midst of carefully preparing our debut group with gems who have both talent and qualifications.”

They added, “We are planning to carry out a special project through which the public can watch the girls’ ‘pre-debut’ preparations and see their growth for themselves.”

Are you excited for this new girl group? Share your thoughts below! 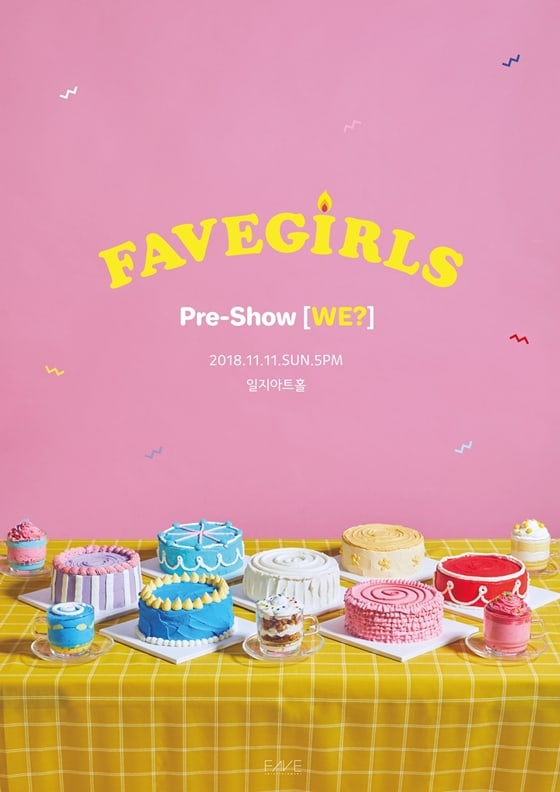 Fave Entertainment
Fave Girls
How does this article make you feel?