The office drama is about snobby team teader Baek Jin Sang (played by Kang Ji Hwan) and manager Lee Roo Da (played by Baek Jin Hee) who tries to make him turn over a new leaf. It is based on a popular webtoon of the same name. The drama is directed by Lee Eun Jin, who produced “Chief Kim” and co-directed “Neighborhood Lawyer Jo Deul Ho.”

In the official poster, the employees of the office wear prison uniforms while locked in a prison. They brandish office supplies at their evil superior, Kang Ji Hwan, who is the only one wearing a suit and smiling with a wine glass in hand. Baek Jin Hee in particular pulls at his necktie as if to strangle him. The caption reads, “I’ve only imagined it… but if imagining it is a crime then we’re all criminals.” 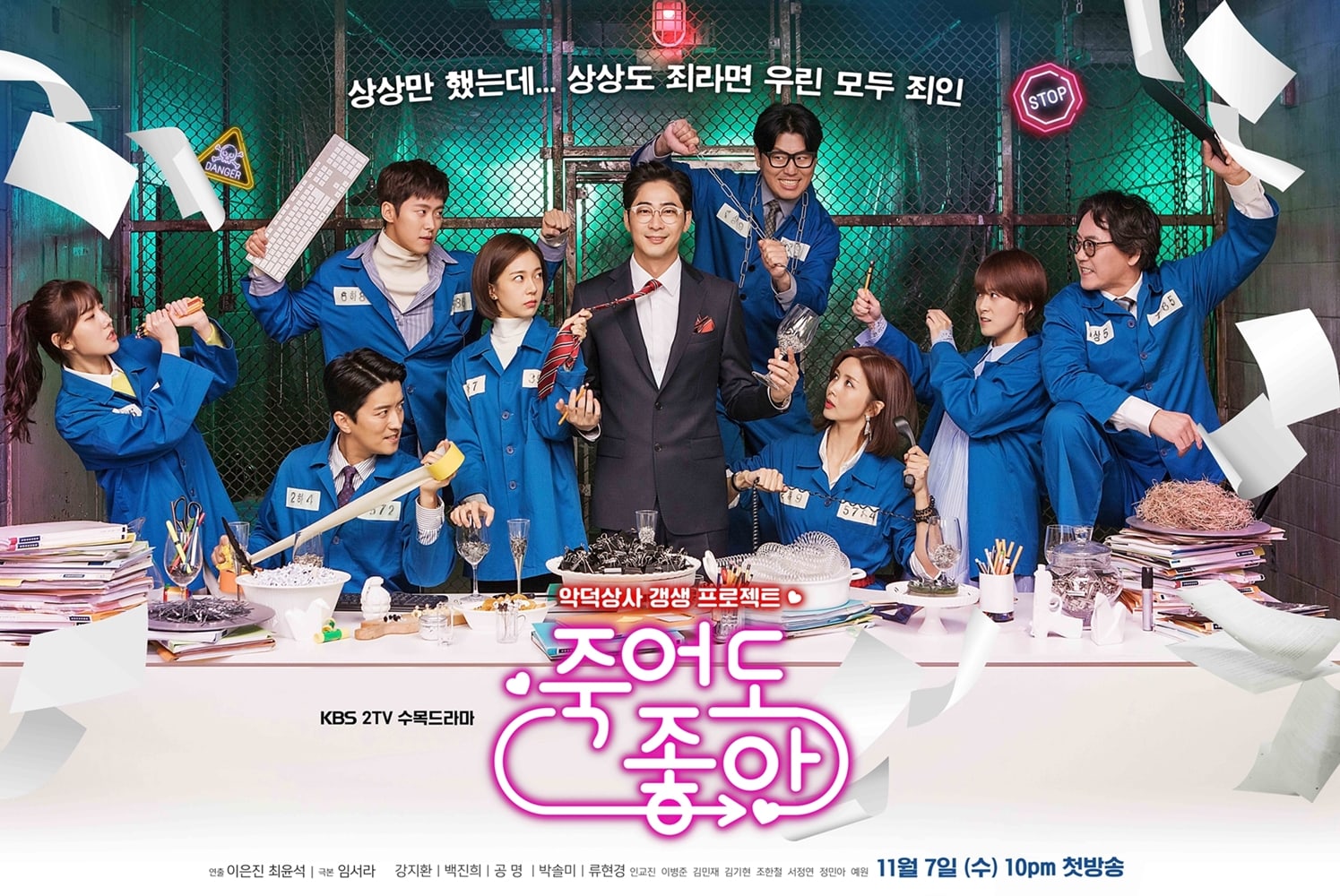 The drama will air its first episode on November 7 at 10 p.m. KST, after “The Ghost Detective.”