“When Time Stopped” is a new fantasy romance about a man named Moon Joon Woo (played by Kim Hyun Joong), who has the ability to stop time, and a woman named Kim Sun Ah (played by Ahn Ji Hyun), who buys a three-story building with the inheritance she receives from her father. After meeting Kim Sun Ah, the lonely Moon Joon Woo finally begins to discover the meaning of life.

The newly released poster shows its three stars caged in and separated by the hands of a large clock that looms in the background. Although Kim Hyun Joong and Ahn Ji Hyun face one another, they appear to be looking off into different directions. Meanwhile, In Gyo Jin, who will be playing the mysterious messenger Myung Woon, stares wistfully at something beyond our view.

The caption describes the drama as a “fantasy romance that takes place within stopped time.” 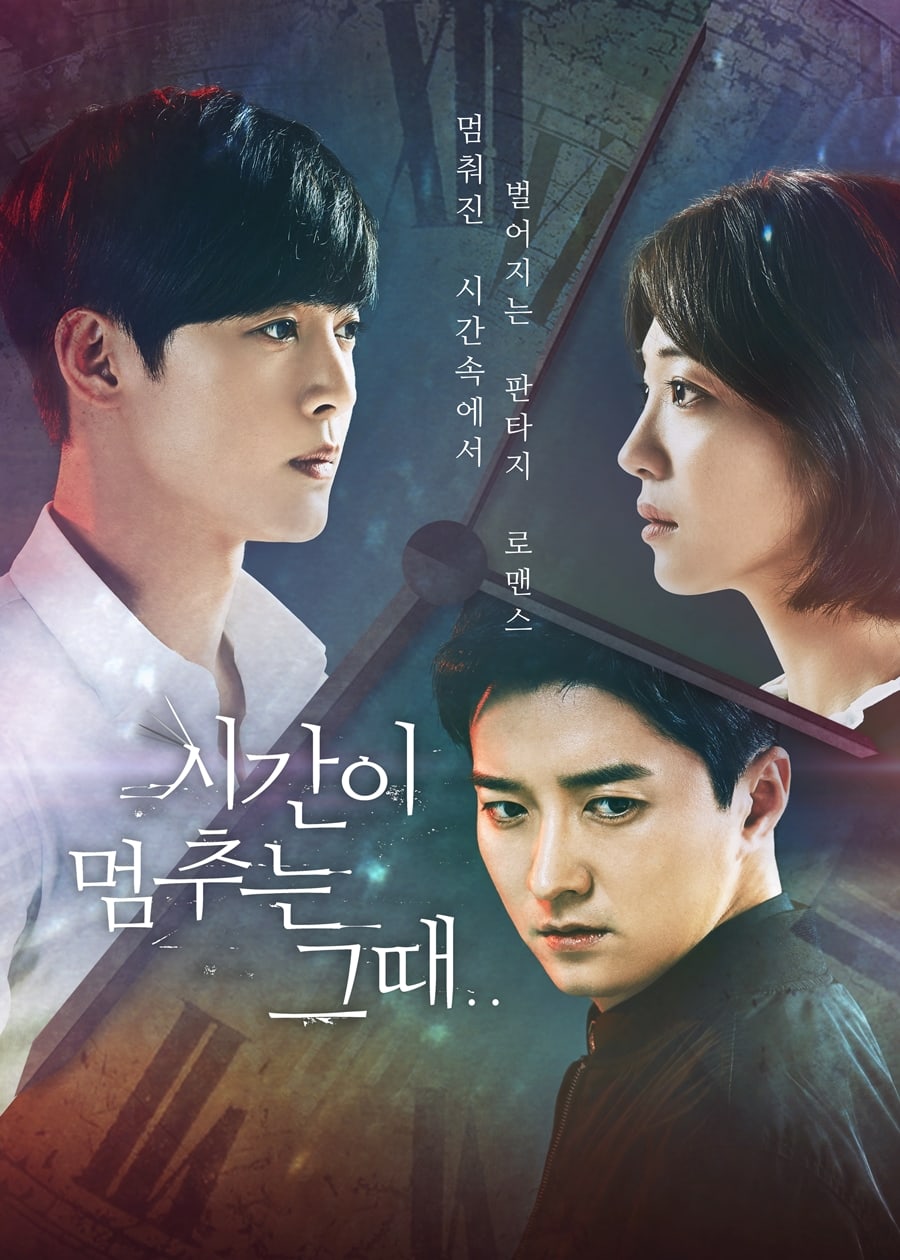 The producers of “When Time Stopped” commented, “In the poster that we released today, which has a mysterious vibe, we tried to capture the relationships between Kim Hyun Joong, Ahn Ji Hyun, and In Gyo Jin, for whom time have stopped. We ask that you tune in to the first episode of ‘When Time Stopped,’ which is coming up on October 24 and will air on KBS W.”

In Gyo Jin
Kim Hyun Joong
Ahn Ji Hyun
When Time Stopped
How does this article make you feel?