The actress has the lead role as top star Yoon Yoo Jung who has a lot of success in her career but not so much in her dating life. She will star opposite Chun Jung Myung, who will play celebrated dermatologist Cha Woo Hyun.

The photos show Yoon Eun Hye rocking a classy black dress and bright lip. The second photo displays her character’s success as an actress with her accepting an award on stage. She’s wearing a beautiful white dress with an extravagant pair of diamond earrings.

Behind-the-scene photos of the cast have also been released. The photos show Chun Jung Myung focused on his script while wearing his doctor’s coat. Cast members Han Go Eun, Joo Woo Jae, and Choi Jung Won look spiffy in their award show fashion as they pose for the camera. Block B’s P.O. and actress Lee Hae Ran look close as they pose with finger hearts together. Yoon Eun Hye looks gorgeous in a black lace dress while sitting bedside in a hospital. 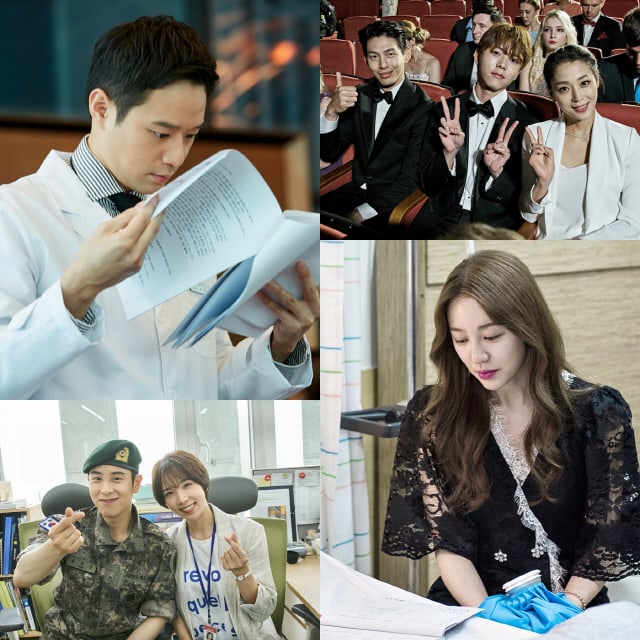 The upcoming Wednesday-Thursday drama “Love Alert” will air its first episode on October 31 at 11 p.m. KST.

Watch the first teaser on Viki!