In the behind-the-scene photos, the main cast can be seen smiling warmly. On the set, Jang Hyuk emerges as the “master of curiosity” and “leader of proof shots.” Expressing an infinite amount of interest in the props and equipment on the set, he sincerely engages with the staff.

As for Son Yeo Eun, she brightens the set with her angelic smile. Despite the busy filming schedule, the actress creates a warm atmosphere by exchanging pleasant greetings with her co-stars and cheering for them. On the other hand, Shin Eun Soo is in charge of being the “set’s energizer.” During her break time, she smiles comfortably at the camera and poses with a peace sign.

Ha Joon is heating up the scene as a passionate actor who makes non-stop efforts for great acting. With constant reading of the script, he is perfectly prepared for the emotions that are thrilling yet intense, and he is also evoking enthusiasm for both action and emotional performance.

Kim Jae Kyung, known as the “praise fairy” on set, closely monitors her senior actors’ performances. She expresses her admiration for them and doesn’t hesitate to ask them for advice. She also shows gratitude to the crew for their hard-working efforts.

The production crew praised, “With so many good-natured actors on the scene, we can’t stop laughing. The detailed touching performances of great actors drawing sympathy will continue. We hope you will look forward to [the drama] a lot.” 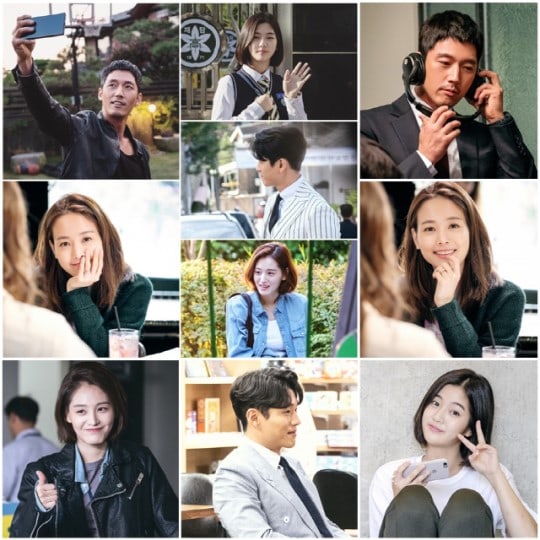