Things get heated between Seo In Guk and Park Sung Woong for “The Smile Has Left Your Eyes.”

Previously, Yoo Jin Gook (played by Park Sung Woong) found out that Kim Moo Young (played by Seo In Guk) may not be the criminal behind the murder of a college girl. This was because one of Kim Moo Young’s closest friends Im Yoo Ri (played by Go Min Si) was left-handed like the murderer and didn’t remember the details of the day of the murder because of her drug addiction. The suspicions of who the true murderer was shifted from Kim Moo Young to Im Yoo Ri.

In the released photos, Park Sung Woong grabs Seo In Guk by the collar menacingly with a sharp, cold gaze. His grip is so strong that Seo In Guk is about to fall over, but he gazes back at him with a look fierce enough to fight back. Because Park Sung Woong had always treated Seo In Guk with a cool distance, it is surprising to see that his emotions have exploded in anger with palpable tension in the air. 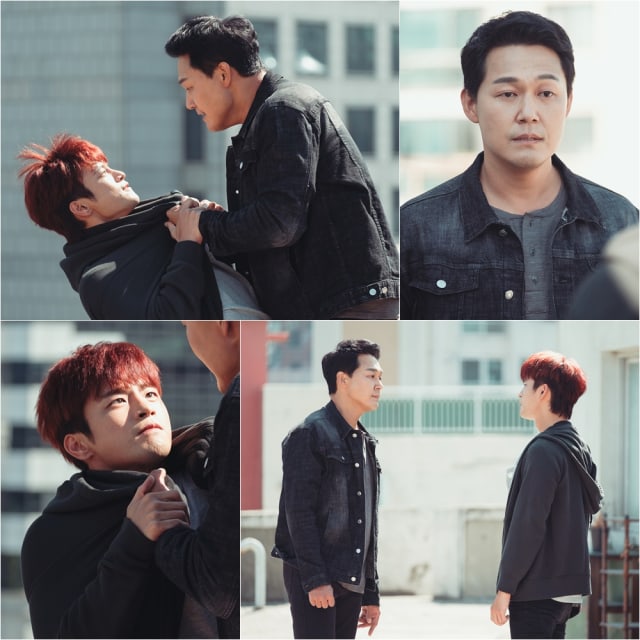 It was reported that the two actors rehearsed multiple times and prepared beforehand for the scene. When they began filming, the tension was built up in such an intense way that even the staff members held their breath.

The production staff stated, “In this week’s broadcast, Park Sung Woong explodes with anger that he can’t hold back towards Seo In Guk. Their conflict, which neither of them will budge an inch from, will bring the most tension. Please look forward to it.”

“The Smile Has Left Your Eyes” airs every Wednesday and Thursday at 9:30 p.m. KST.

Seo In Guk
Park Sung Woong
The Smile Has Left Your Eyes
How does this article make you feel?